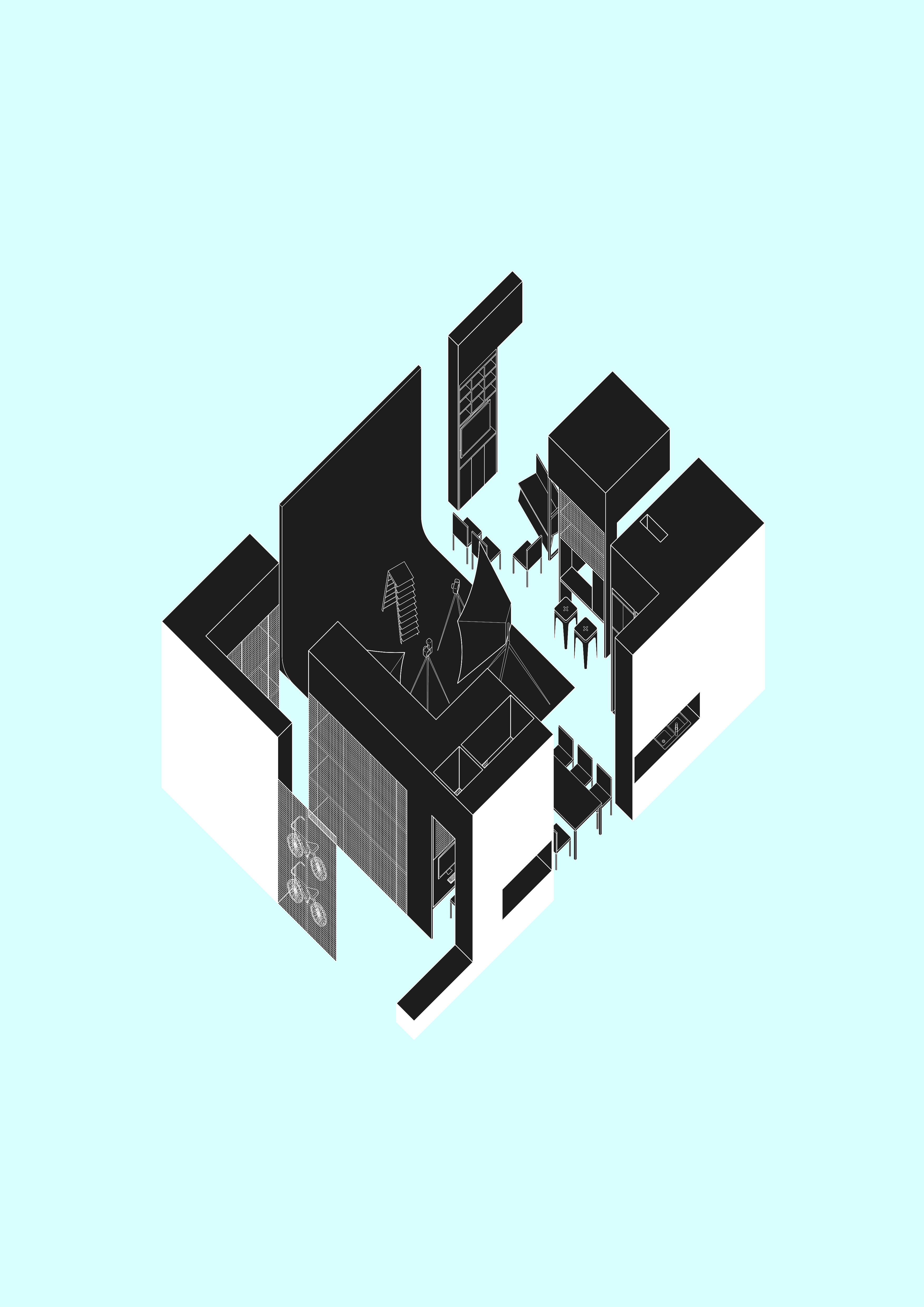 … Or a glimpse into the secret multiple lives of the daydream machine.

Hidden within the walls of an industrial building sits the site of the daydream machine – a studio where unexpected scenes and props are imagined and built, and captured behind the lens of a camera. The space is divided by furniture – rather than walls, that fold and unfold, and swing open and close, depending on the various needs of the photographers. In so doing, the interior space transforms into a collection of different sized rooms, and boundaries can be shifted to demarcate public and private zones, at times connecting areas for large productions, and at other times segregating these spaces for precision work, all within which the photographers go about their daily businesses.

The daydream machine becomes like a companion to the photographers and their community of staff. As if a theatrical stage set that winds and unwinds scenes, producing and spinning different temporary spaces into being, the daydream machine forms and un-forms into spaces for working, and resting, and playing; for thinking, and making, and for showcasing the studio’s work.

… behind the tall industrial façade, the sound of clicking could be heard. It is then, that we realise, that the daydream machine is in motion and work has begun for the day… 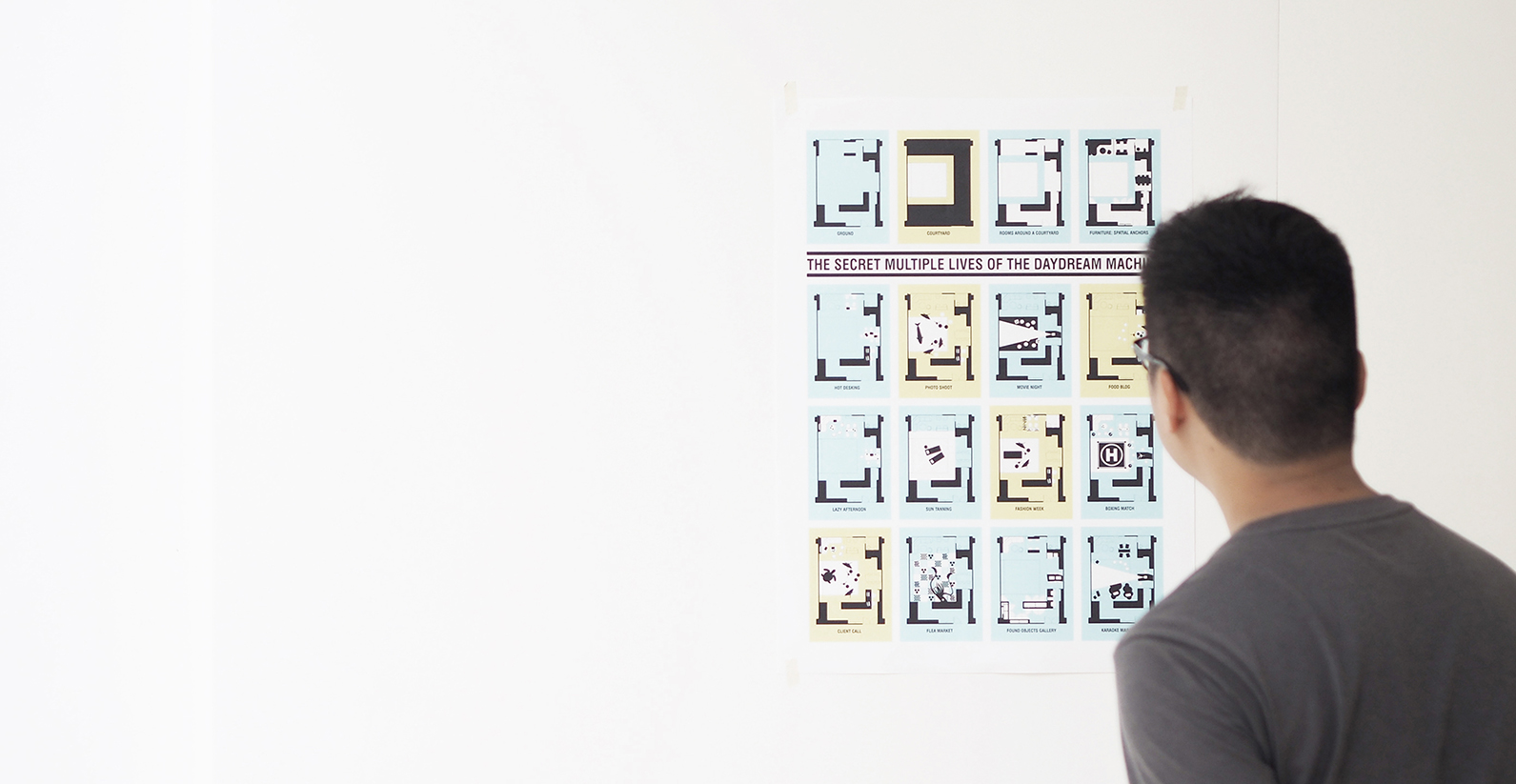 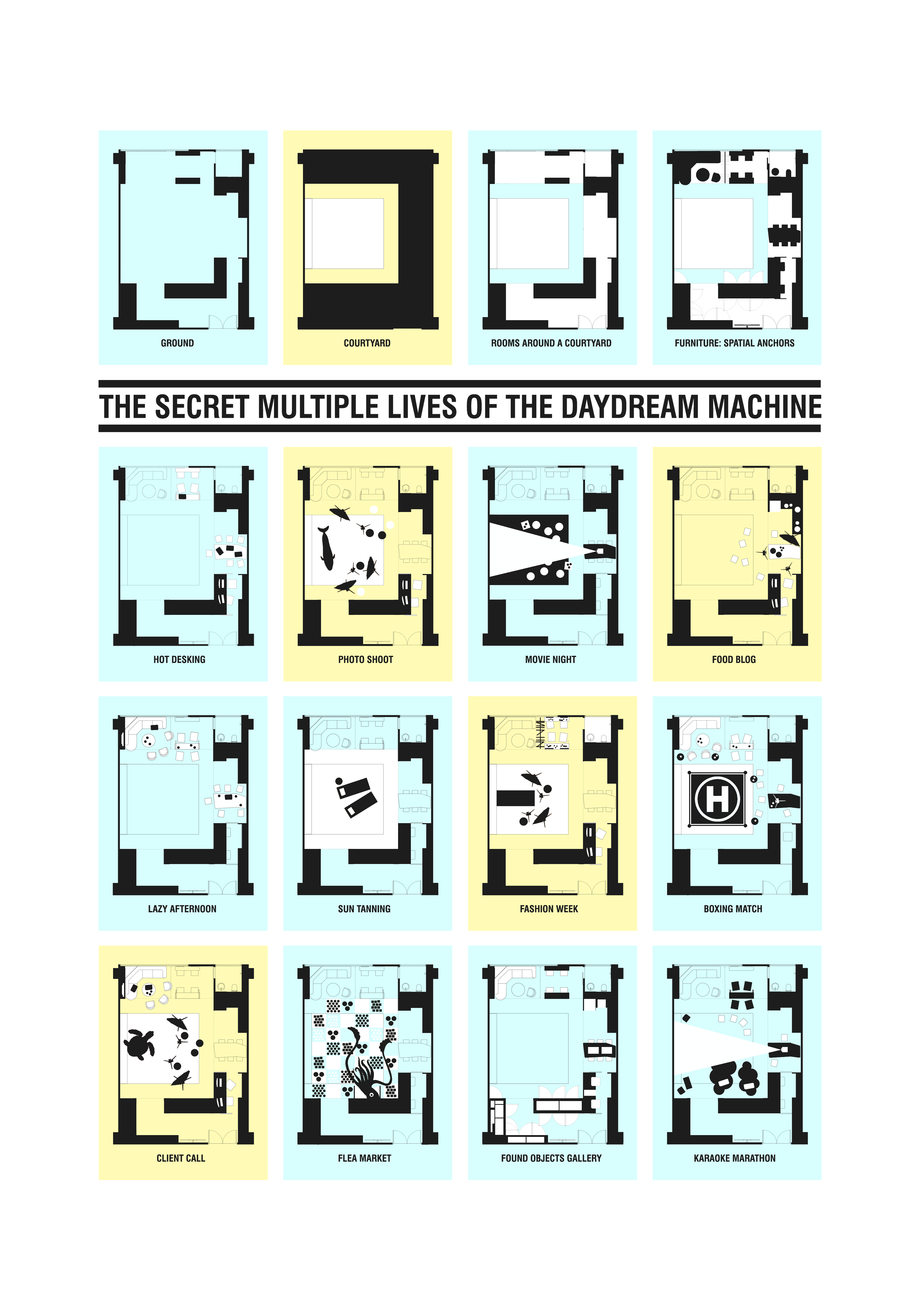 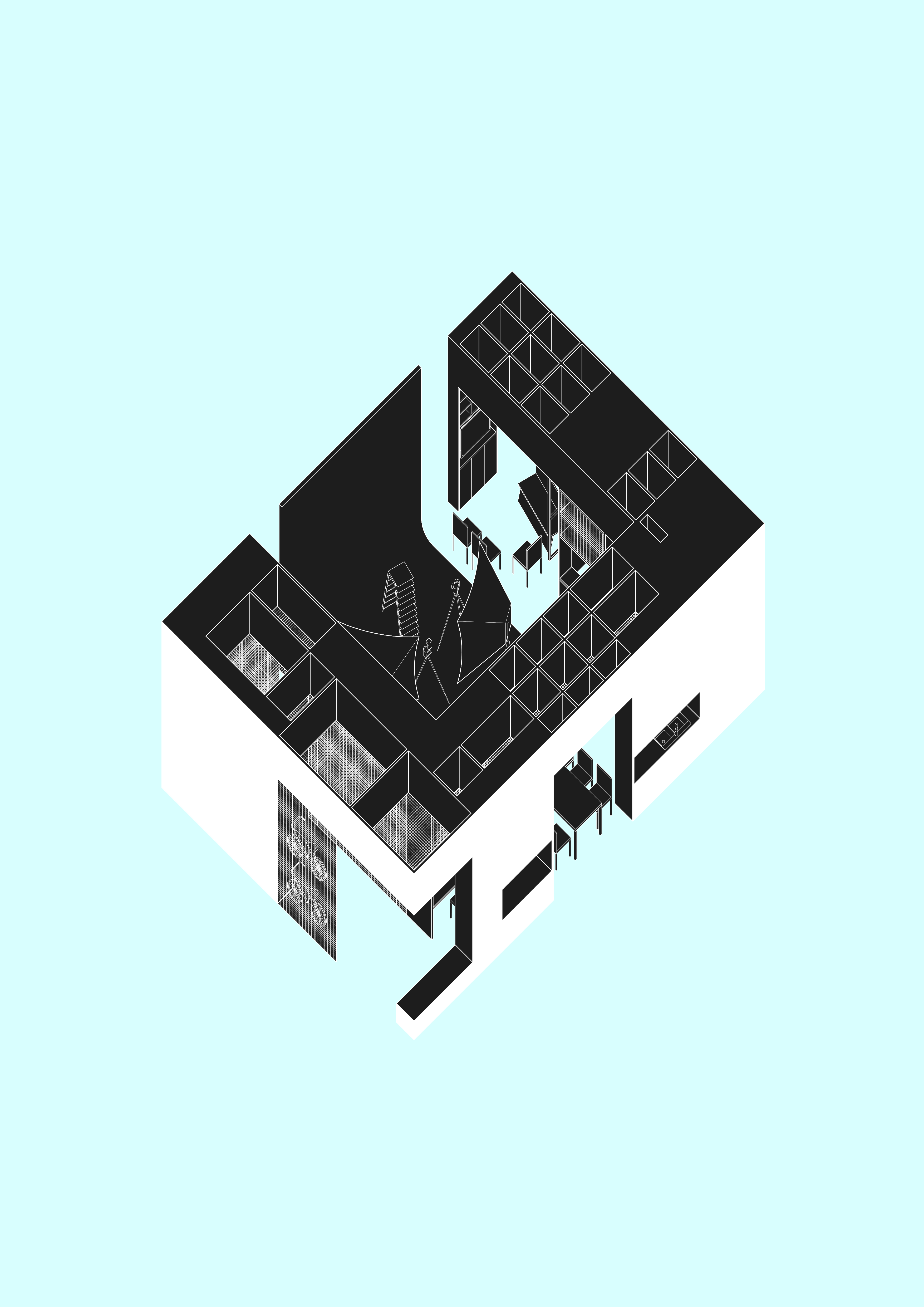