A colourful balloon-like tent floats quietly above the four metro entrances demarcating one side of an empty plaza characterised mostly as a transitory space of daily commute. Pulling apart at both ends, the accordion structure stretches wide across the length of the open-air plaza. Volumetric mesh components stored in skeletal framework expand into a variety of shapes – countless scenarios formed from reconfigurable pop-up stalls are made possible. A shop hanging with Turkish lamps; another for painted pottery; still another for animal sculptures, wire art, dried fruit, a tea shop, a singing podium. Other volumes suspended in mid-air are display screens for projection; a musical clock; a digital world map; an information kiosk. Then there are more still, anchoring the floating tent-like accordion down to the floor: eating benches, bag lockers, or a magician’s stand. Outside, cars settle in along the adjacent parking driveway – a caravan market operates in the periphery.

A balloon-sky floats overhead, beneath which the bazaar happens. 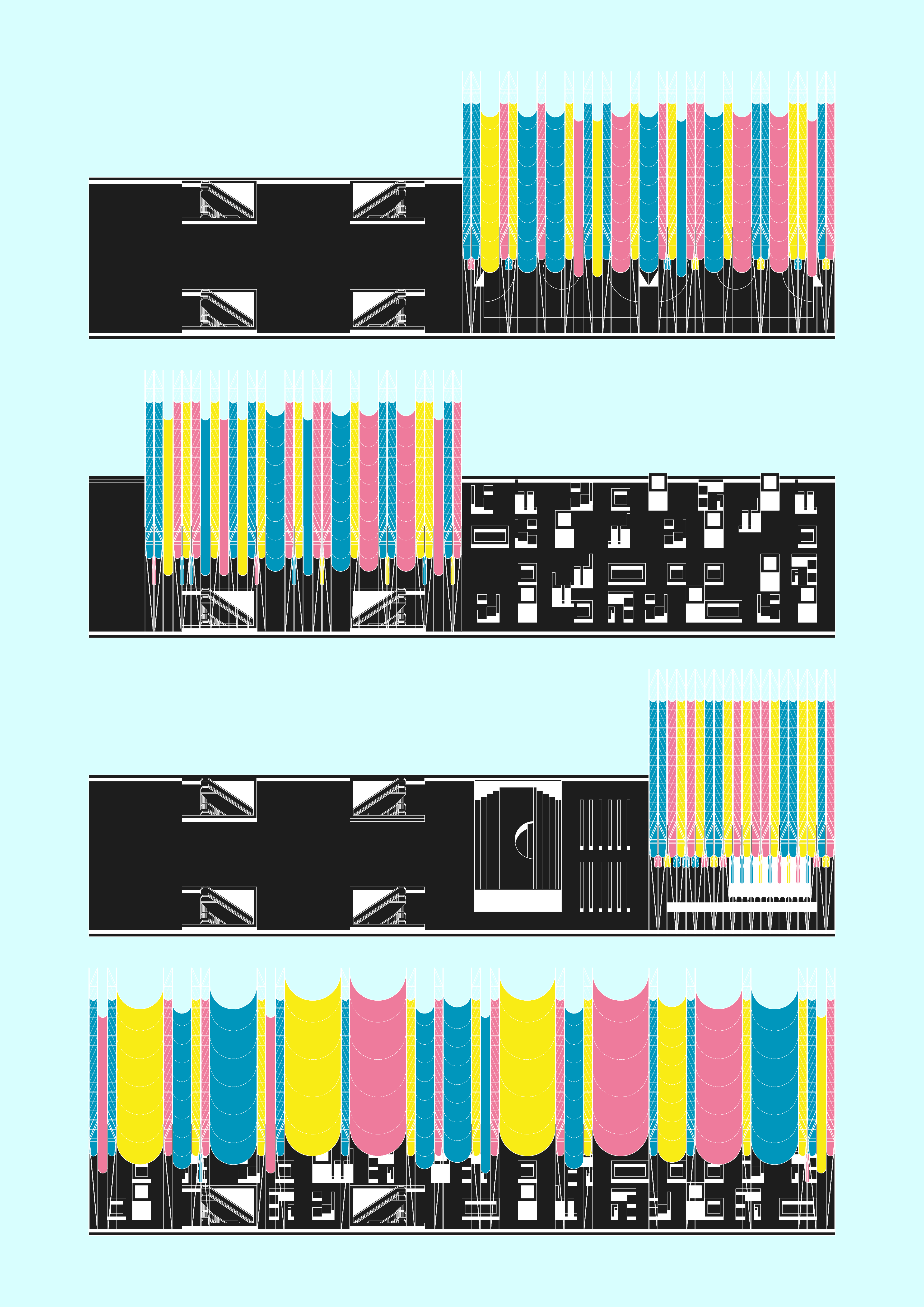 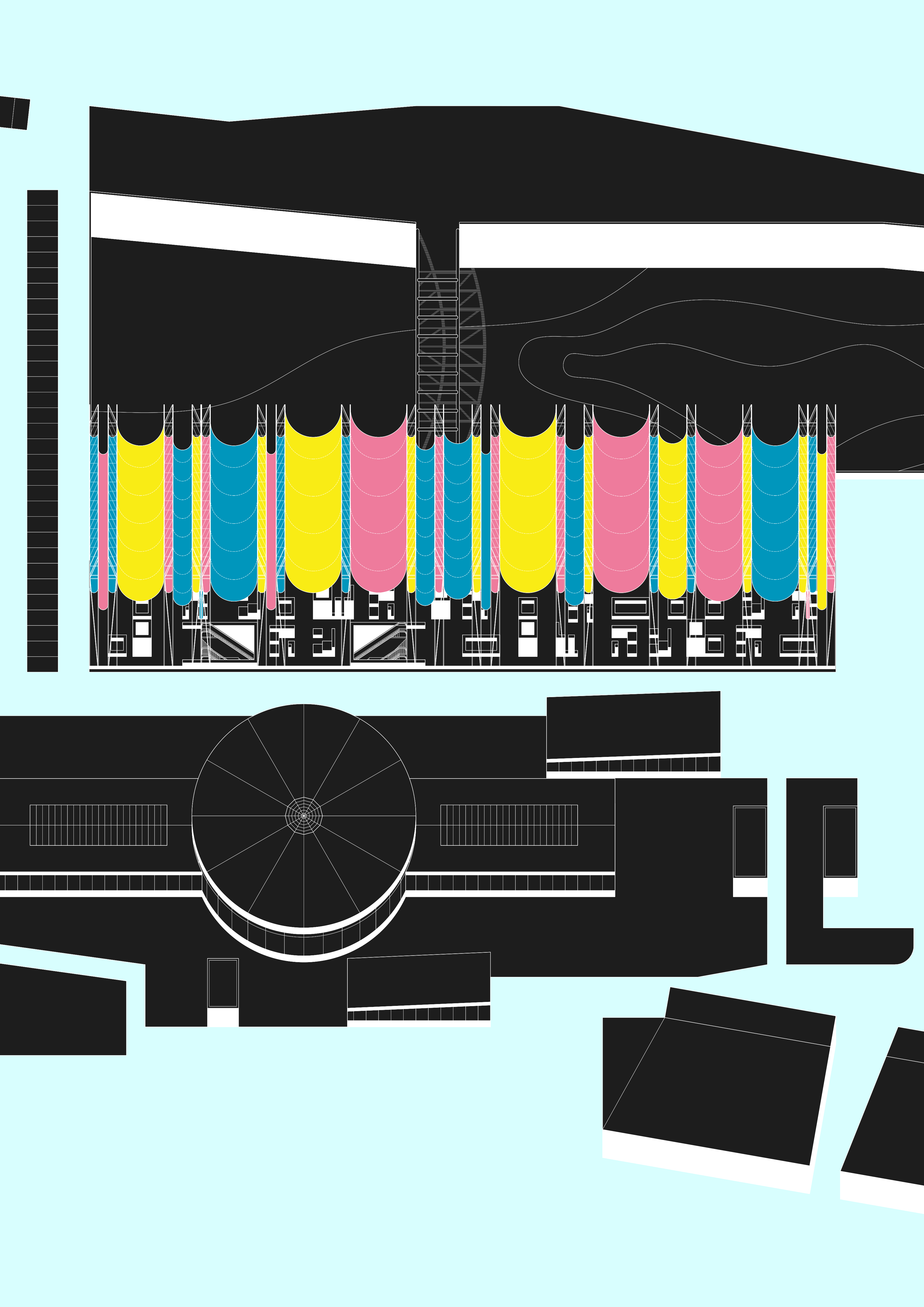 “…A bazaar was originally an open-air marketplace that were held outside cities at locations where incoming caravans stopped and merchants displayed their goods for sale. Bazaars often extended beyond buying and selling goods to include major festivals involving various cultural and social activities. These bazaars formed networks, linking major cities with each other in which goods, culture, people and information could be exchanged.

Istanbul, one of the oldest living cities of the world is the bridge between the East and the west as it has embraced both the eastern and the western civilizations. It is home to the Grand Bazaar, the oldest and biggest bazaar in the world that was the socio-economic center of the city at one point of time. As the contemporary influence grows, traditional bazaars are morphing into shopping arcades and malls that are more systematic in their approach. The arcades bring the global culture with them, which is fairly common everywhere in the world. It creates a cultural and social vacuum as these contemporary arcades eliminate the “local” element from these shopping clusters and emphasize on the economic aspect of trade.

The aim of the competition is to design a pop-up bazaar in the heart of Istanbul with the aim of replicating a traditional market in a contemporary way. The proposal must be a poetic response for a temporary/semi-permanent market that attends to its primary function and become a vital urban insertion in the culturally-rich ecosystem…”

We are happy to have made the list of Honourable Mentions (10 schemes in this category, after the top 3).