“When an astronomer discovers one of these [which are one of hundreds of planets so small that it is difficult to see them through a telescope] he does not give it a name, but only a number. He might call it, for example, ‘Asteroid 325’. Giving such a number to the newly discovered planet or an asteroid makes it very easy for the grown-ups to accept the fact. I have serious reason to believe that the planet from which the little prince came is the asteroid known as B-162.”
– Antoine de Saint-Exupéry, The Little Prince.

A pilot had been left stranded out in the middle of the Sahara Desert, following his abrupt landing when the engine of his plane broke down mid-air. Isolated and all alone in the desert sands, with nearly enough water to last him slightly more than a week, the pilot worked single-handedly troubleshooting and repairing the aircraft. It was here that he met the little prince.

The little prince had too been stranded out in the middle of the Sahara Desert. His home is on a distant planet, or as the pilot imagines it to be the Asteroid B-162, a small planet, a shining star, a small rock floating in outer space, and seen only as a tiny shimmering speck in the lens of a telescope. But where and what really is Asteroid B-162? Beyond the accepted fact of the telescopic sighting and discovery of B-162, the asteroid is more than a scientifically proven rock floating in deep outer space. The Asteroid B-162 is also a make-believe space: small and simpler worlds, that instead unfold into stories of home, and childhood, and memories of tending to the flowers and watching sunsets go by. To get to the asteroid, one must think imaginatively – and differently, from the grown-ups! The little prince hopes to get home to Asteroid B-162.

In the airport, grown-ups (and their children), pilots and travellers, find storybooks and drawings of childhood memories (of a smaller and simpler Singaporean livelihood gone-by), and children’s stationery on the shelves of some asteroidal-shaped objects curiously hovering from the ground, or jutting out from a column. It is here, at the plywood Asteroids that these globetrotters meet again with the little prince, and help themselves get home. 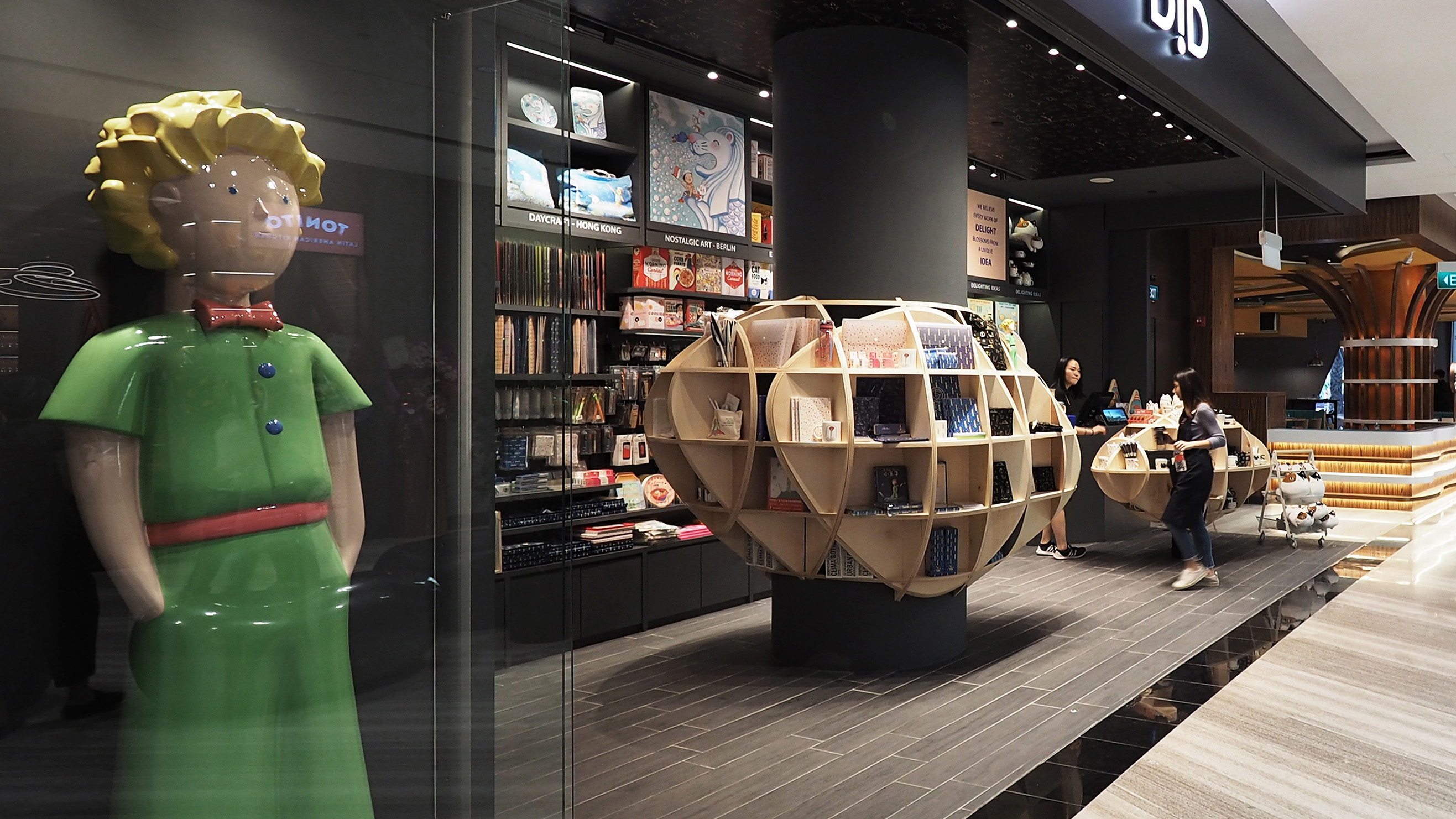 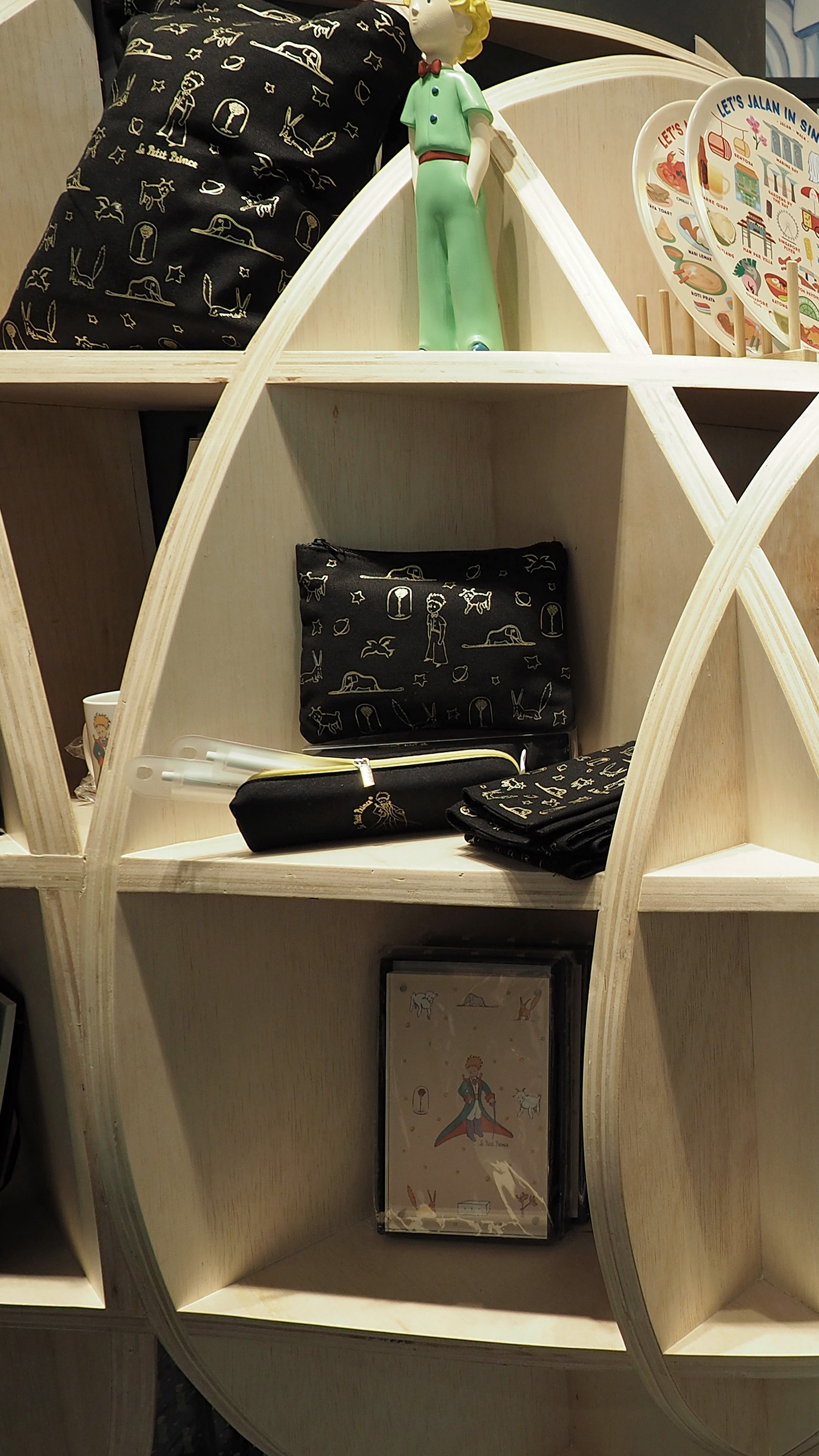 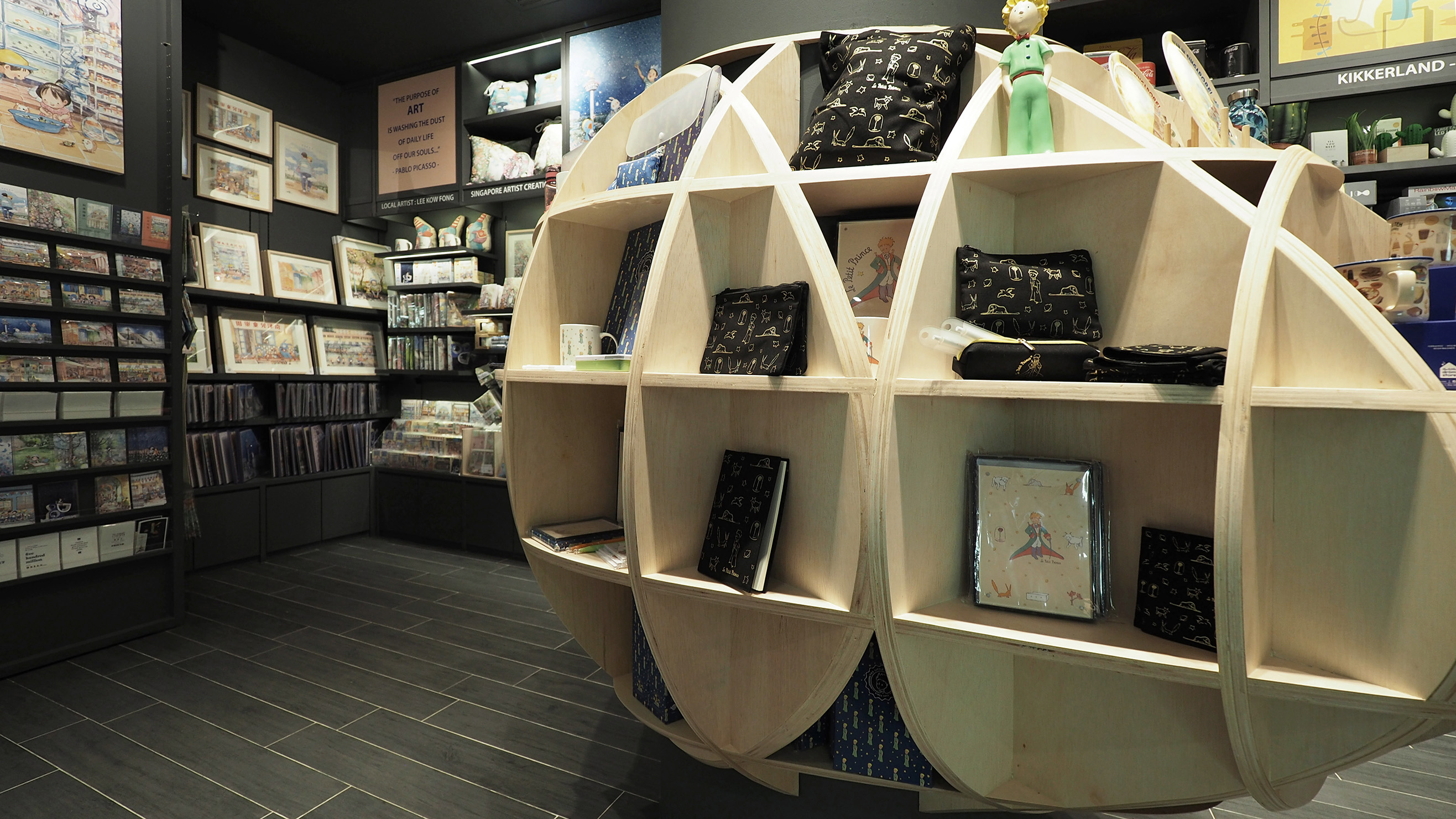 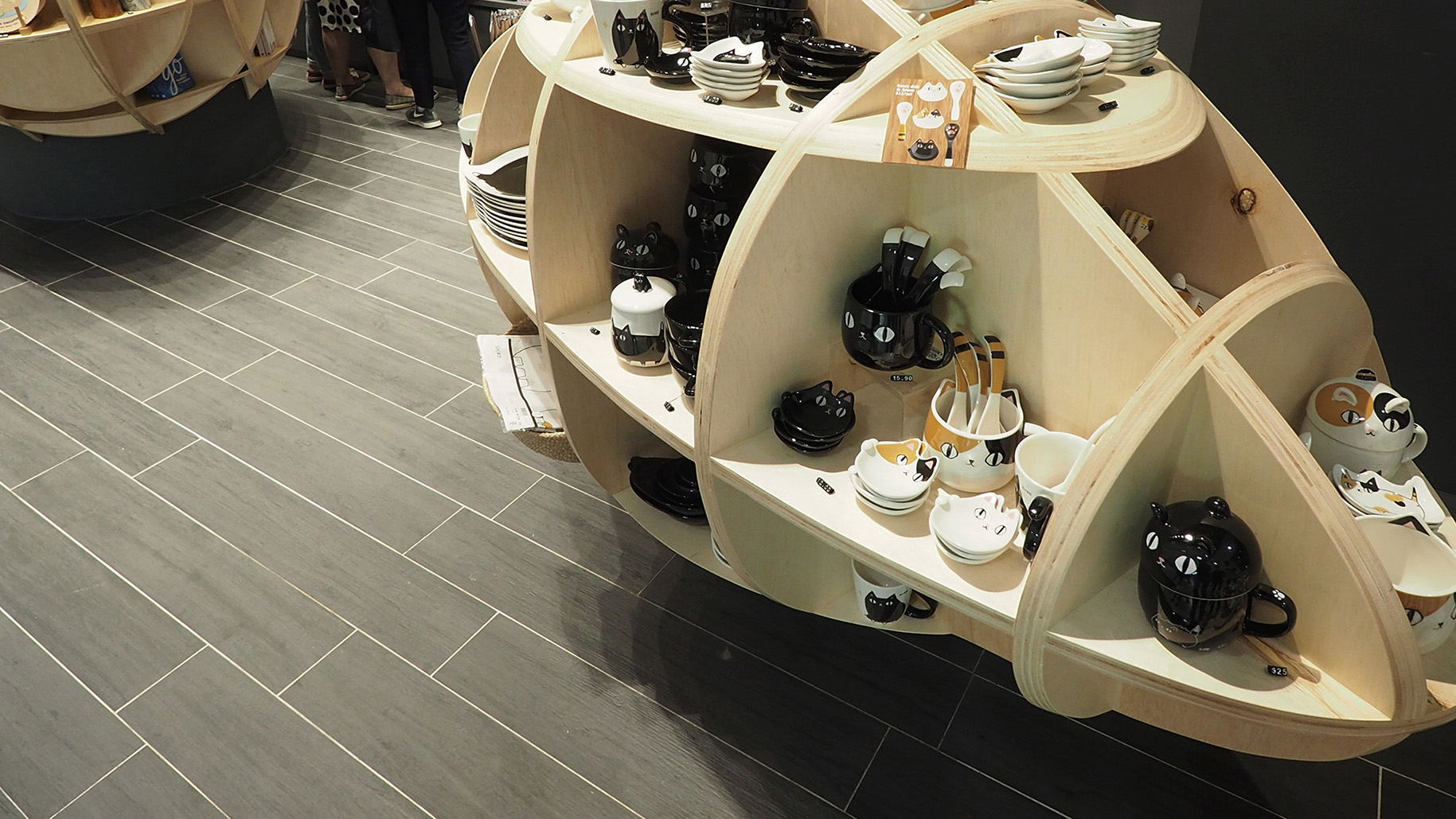 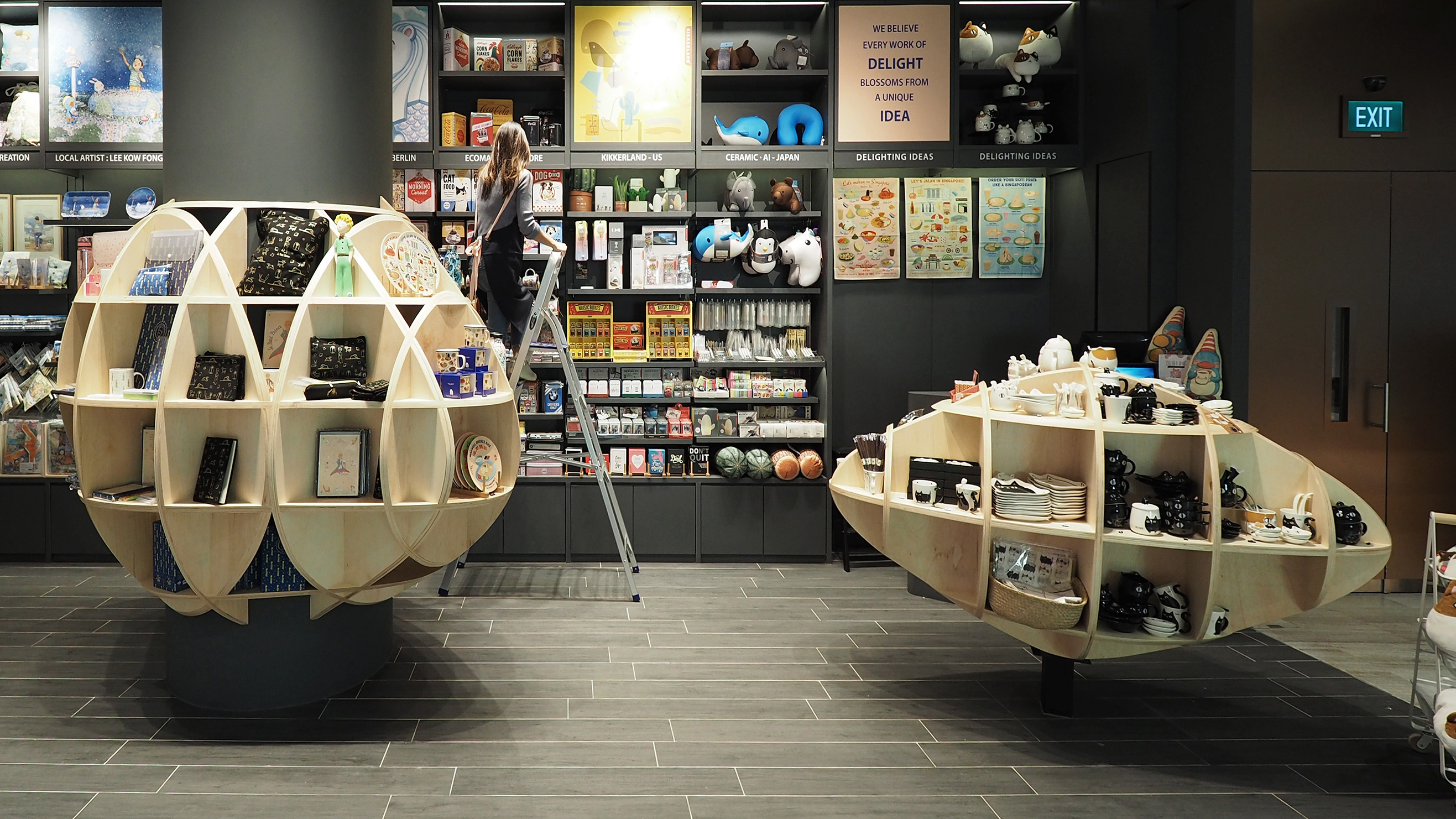