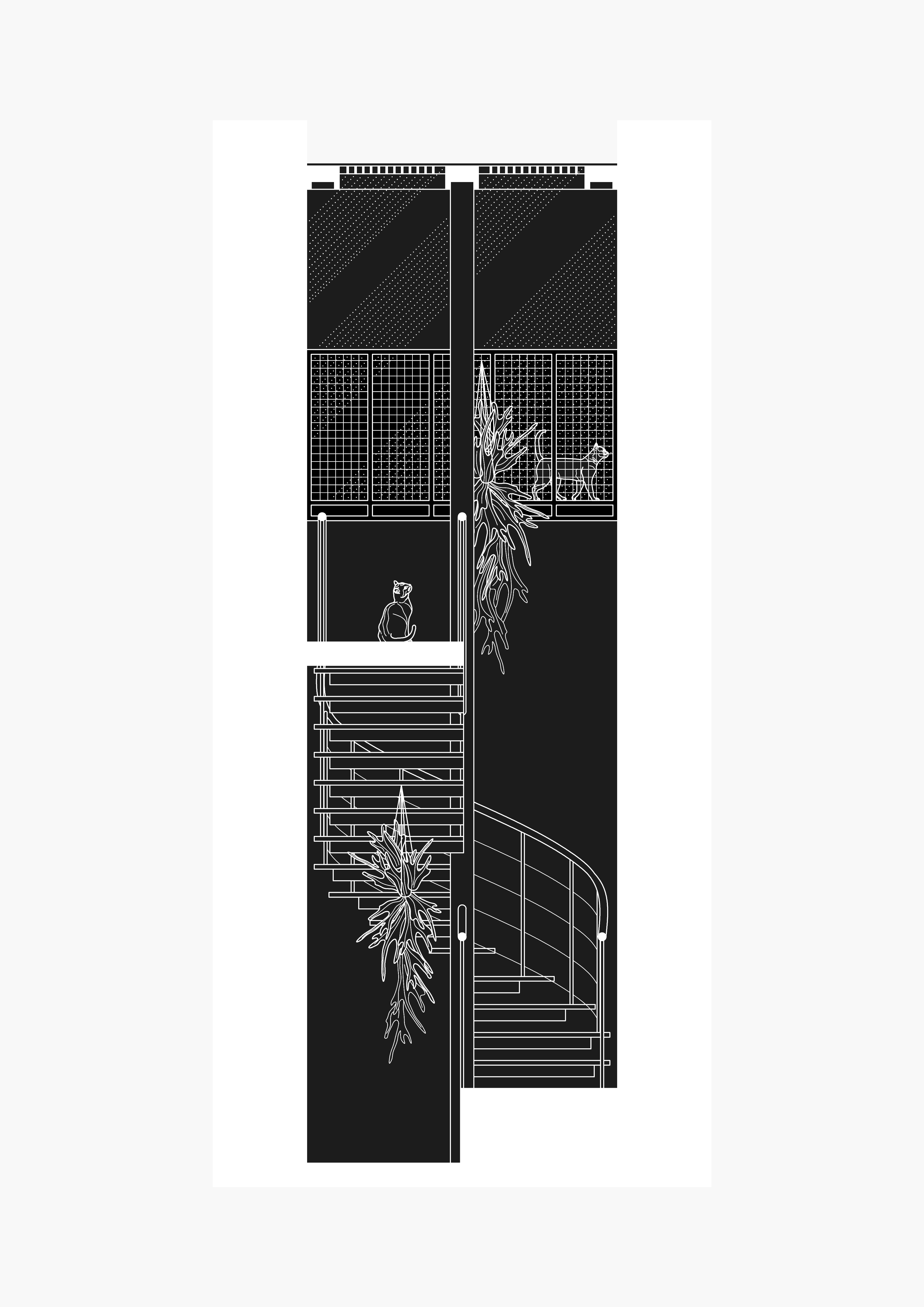 BRIDGE HOUSE II
In collaboration with Space by the Half-Half Studio
(our fellow resident-craftspeople in the room behind,
dedicated lunch partner and Overwatch accomplice).

Before there was the bridge, new holes had to be made.

The first was perhaps more of an alteration of existing openings to the stairwell. Walls were filled; others cut open; steps realigned; and an entrance lobby created that separated the interiors in the lower floor from the rooms above. Within the isolated sky-lit stairwell, and on the upper floor, two new holes were cut into the facing walls of one bedroom and another bathroom. And the new bridge straddles these two rooms: it is private thoroughfare of bed-to-bath, a closing of the stairwell void between the two functions, without ever needing to shift the impossible in the system of pipework, embedded ducts and conduits that channel and drain water to showers, and flush toilets in the existing architecture. The bridge connects rooms, but just like the reconfigured stairwell in the lower floor, also divides cleanly the upper floor into two hermetically enclosed bedroom units.

And yet not so cleanly separated: for the privacy of route to bath is cheekily interrupted when in the morning, a dishevelled half-woken tenant steps out midway into brightly sun-lit public stairwell space and scurries across (if fast enough, then possibly unseen) to use the bathroom. The third is then the other hole in the bathroom ceiling: an outburst of skylight owing to an accidental discovery during renovation when original ceiling boards were dismantled.

Previously, both sky and light were only enjoyed by a specific few: dust and mites that had settled on the reverse side of the ceiling. 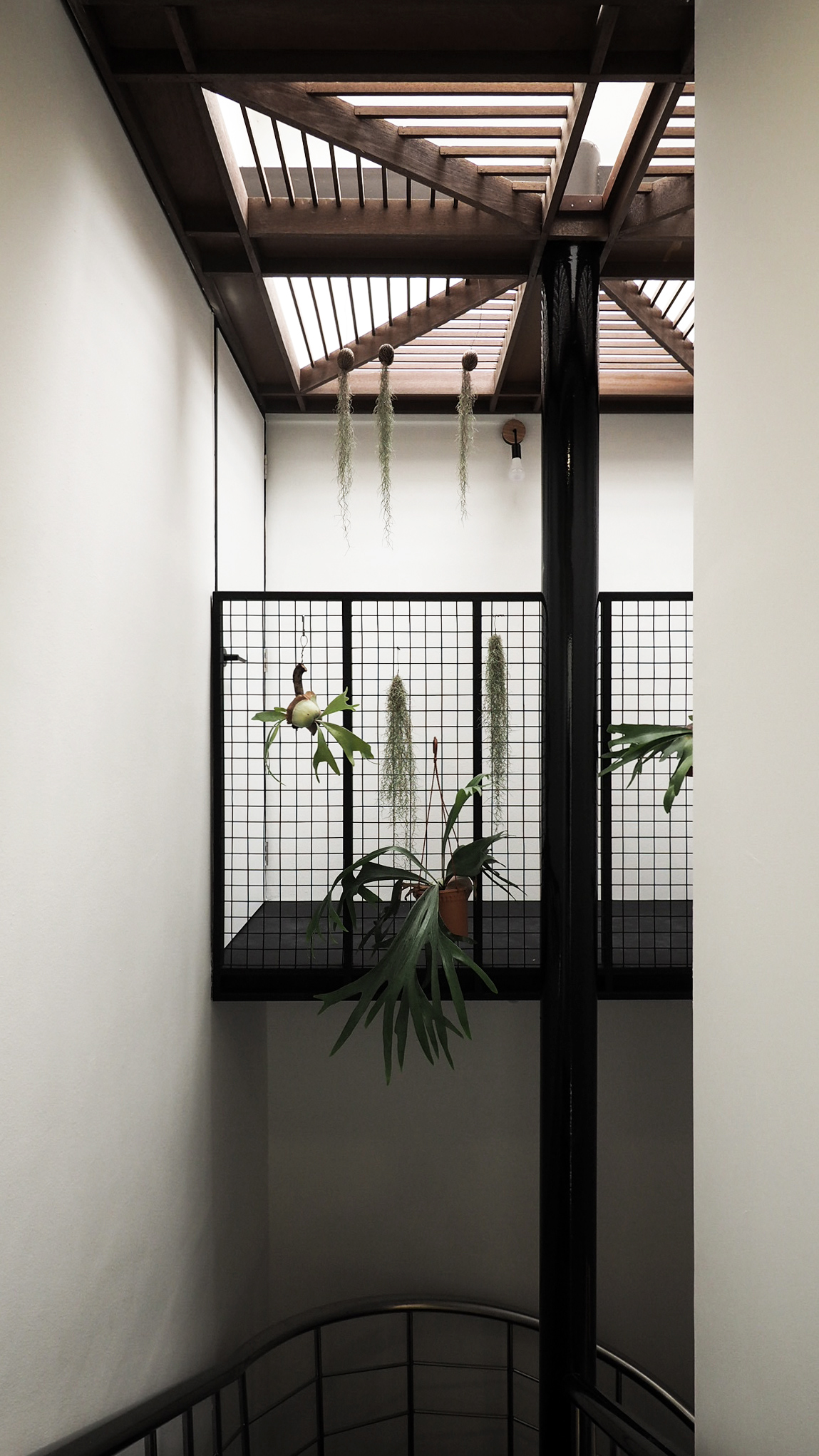 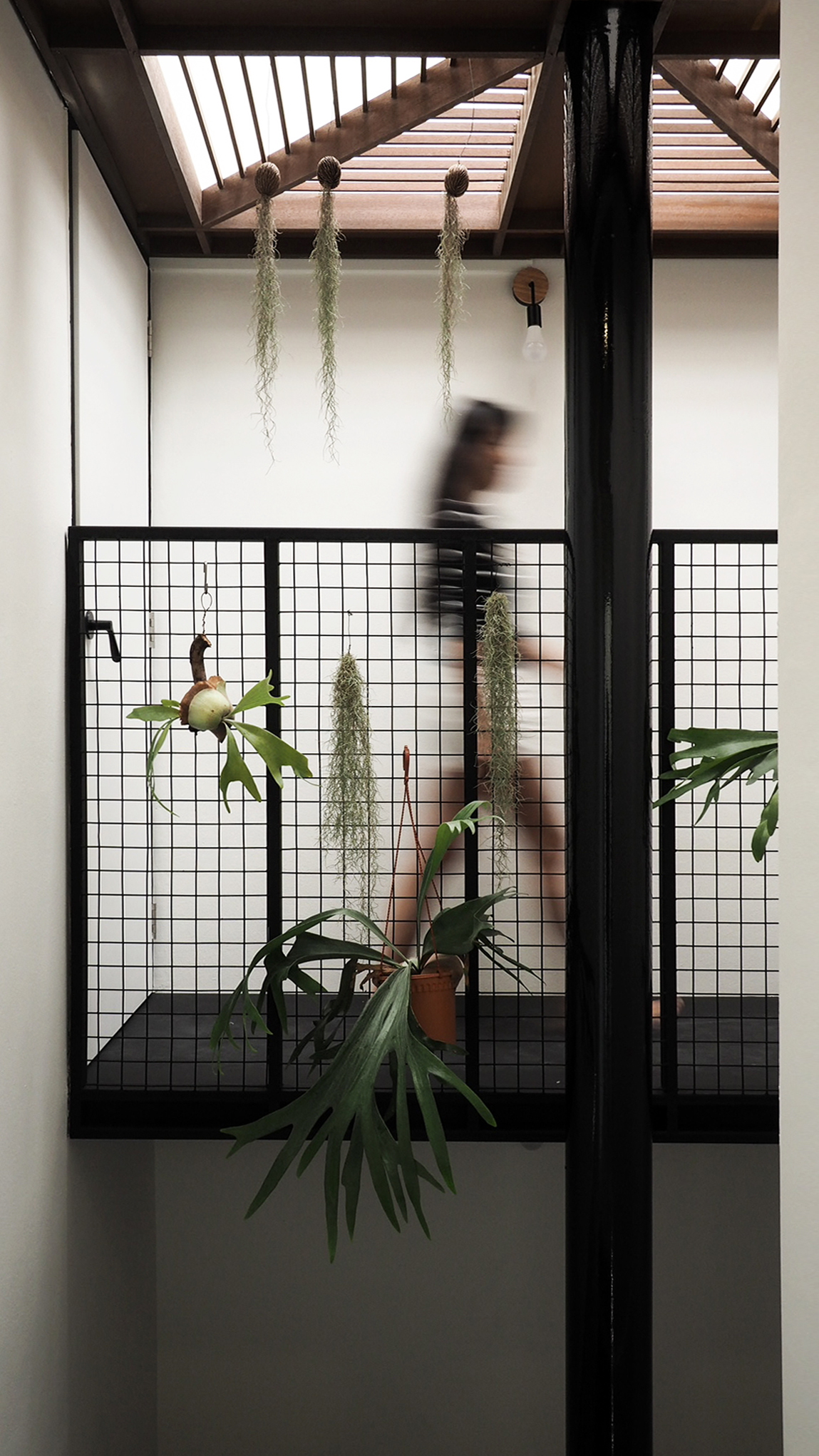 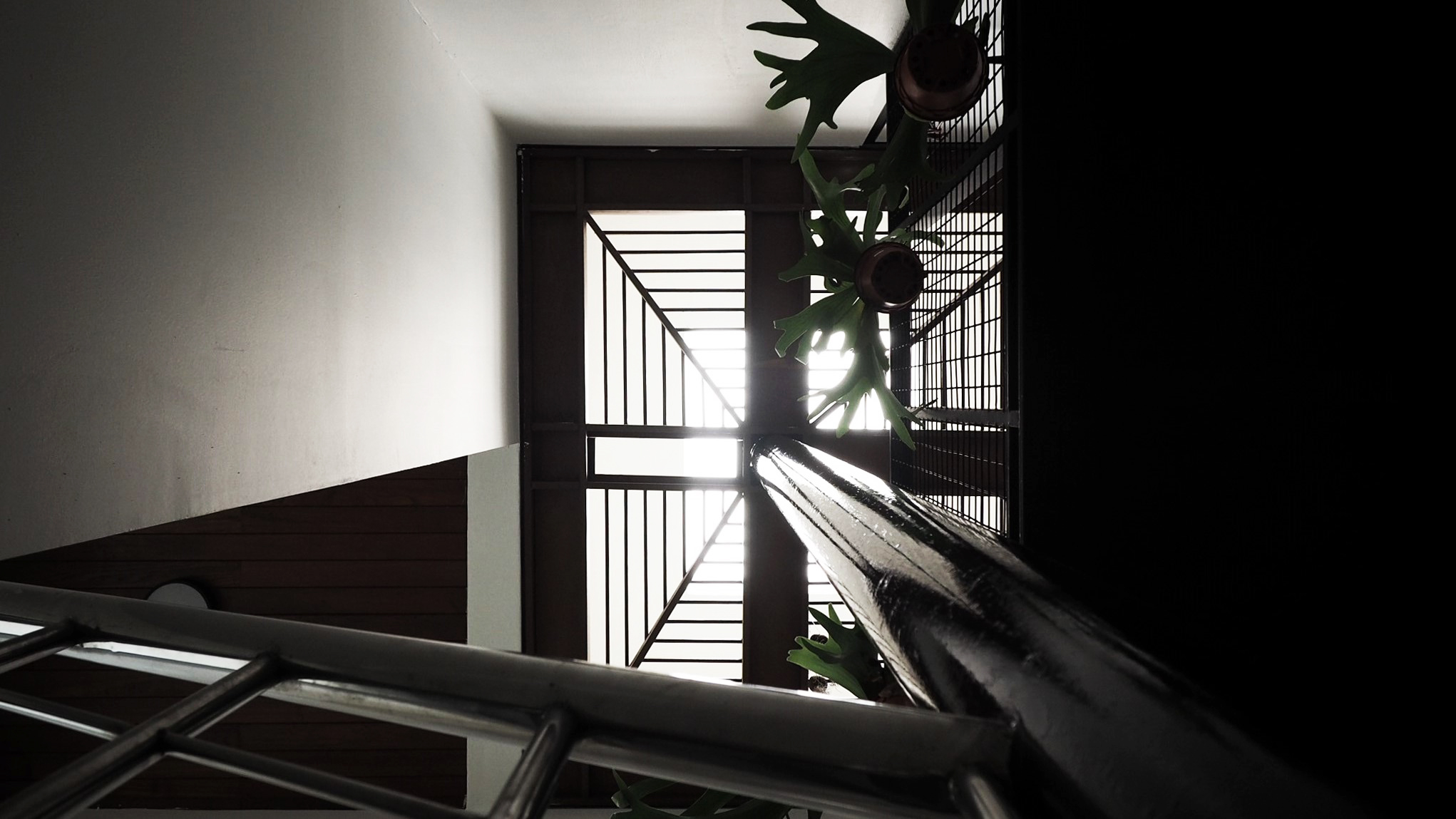 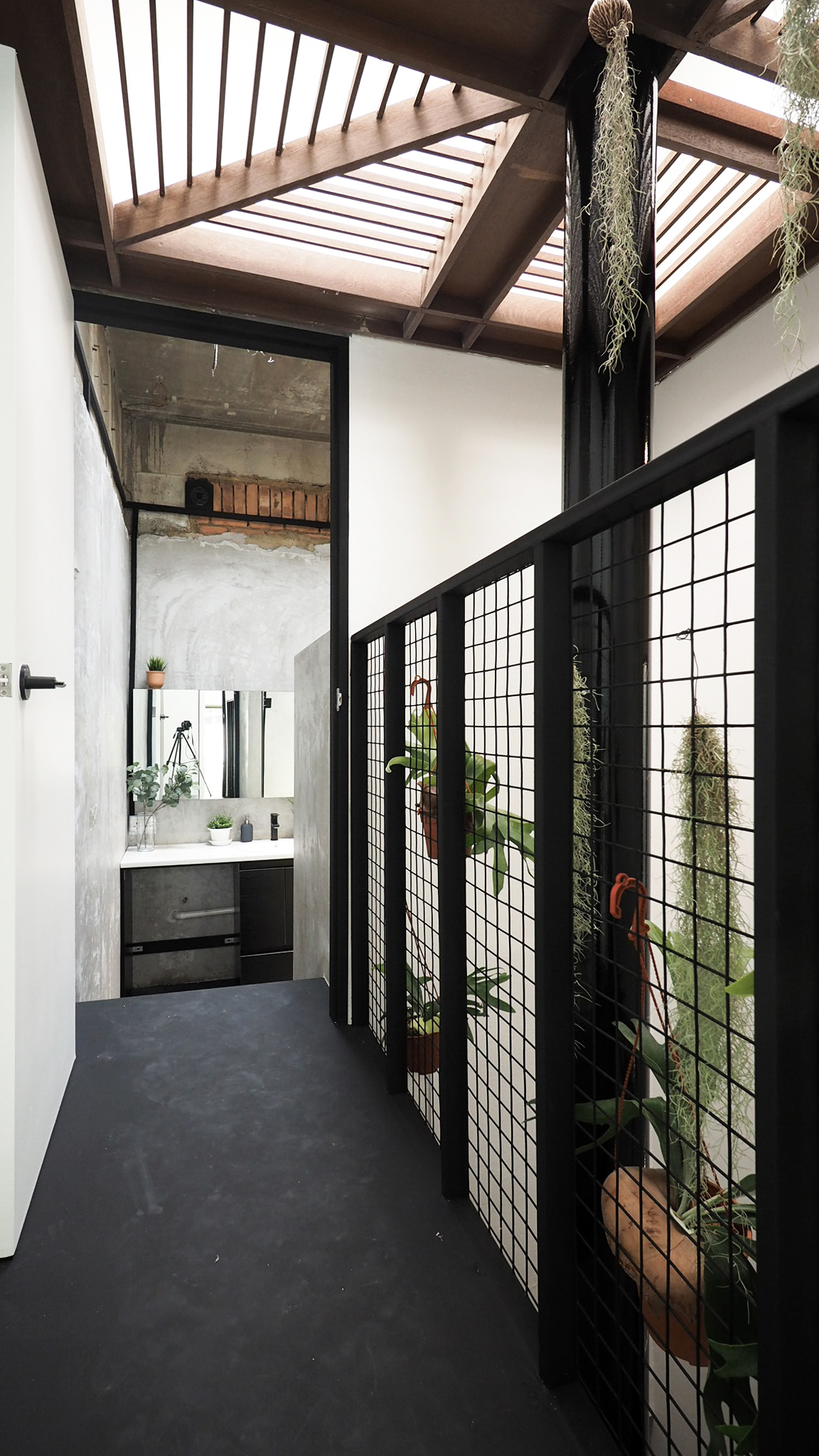 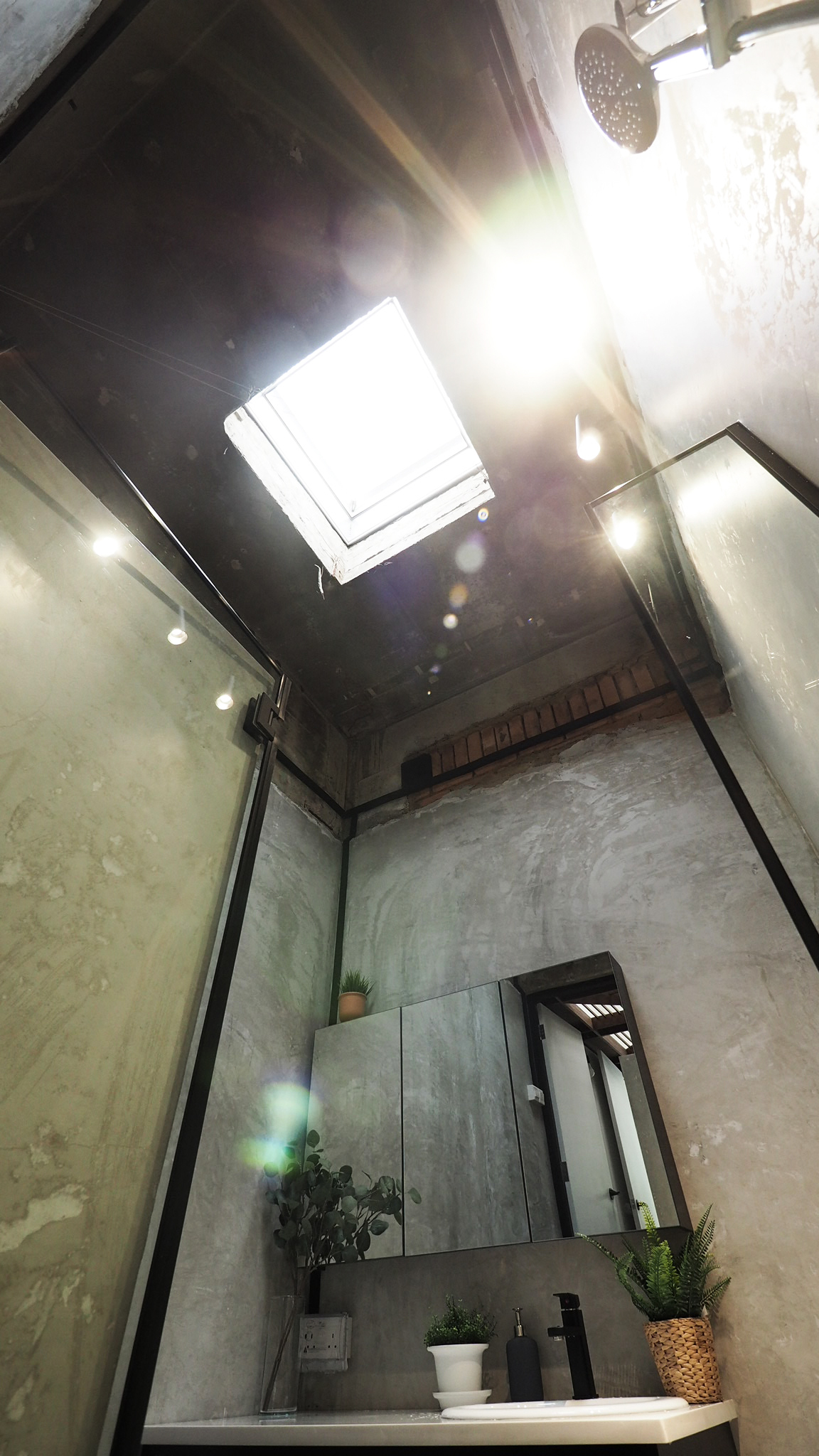 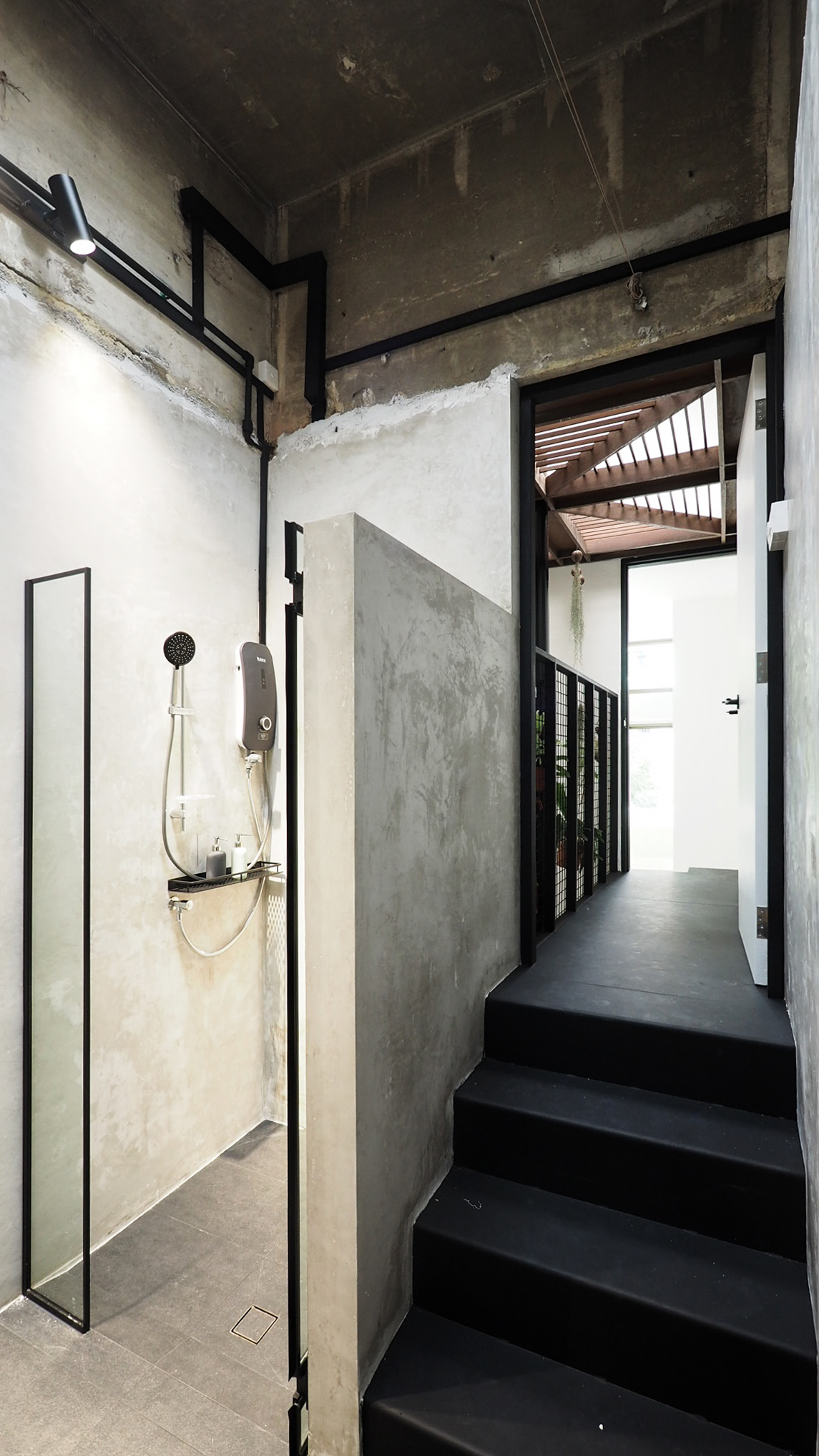 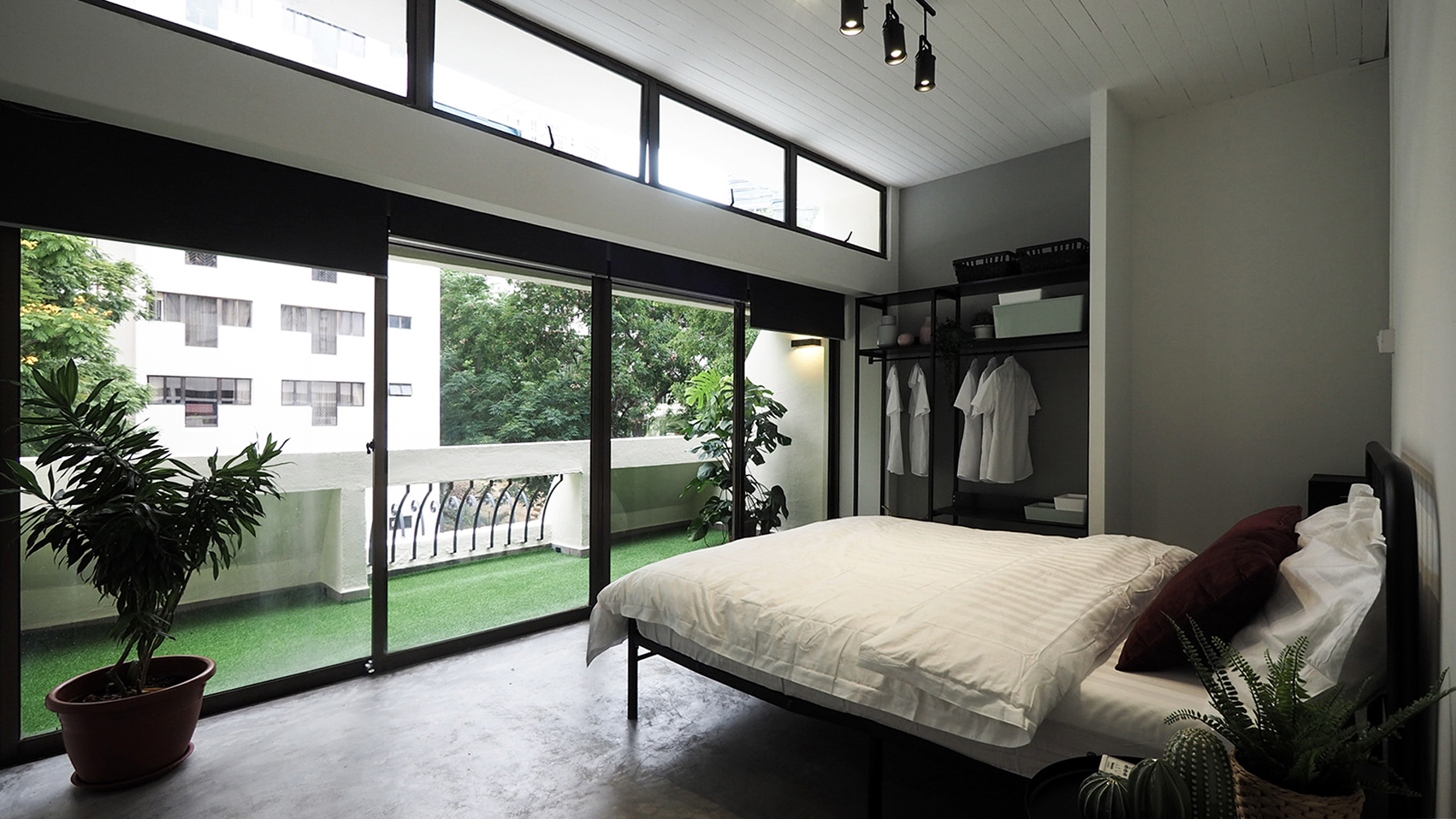 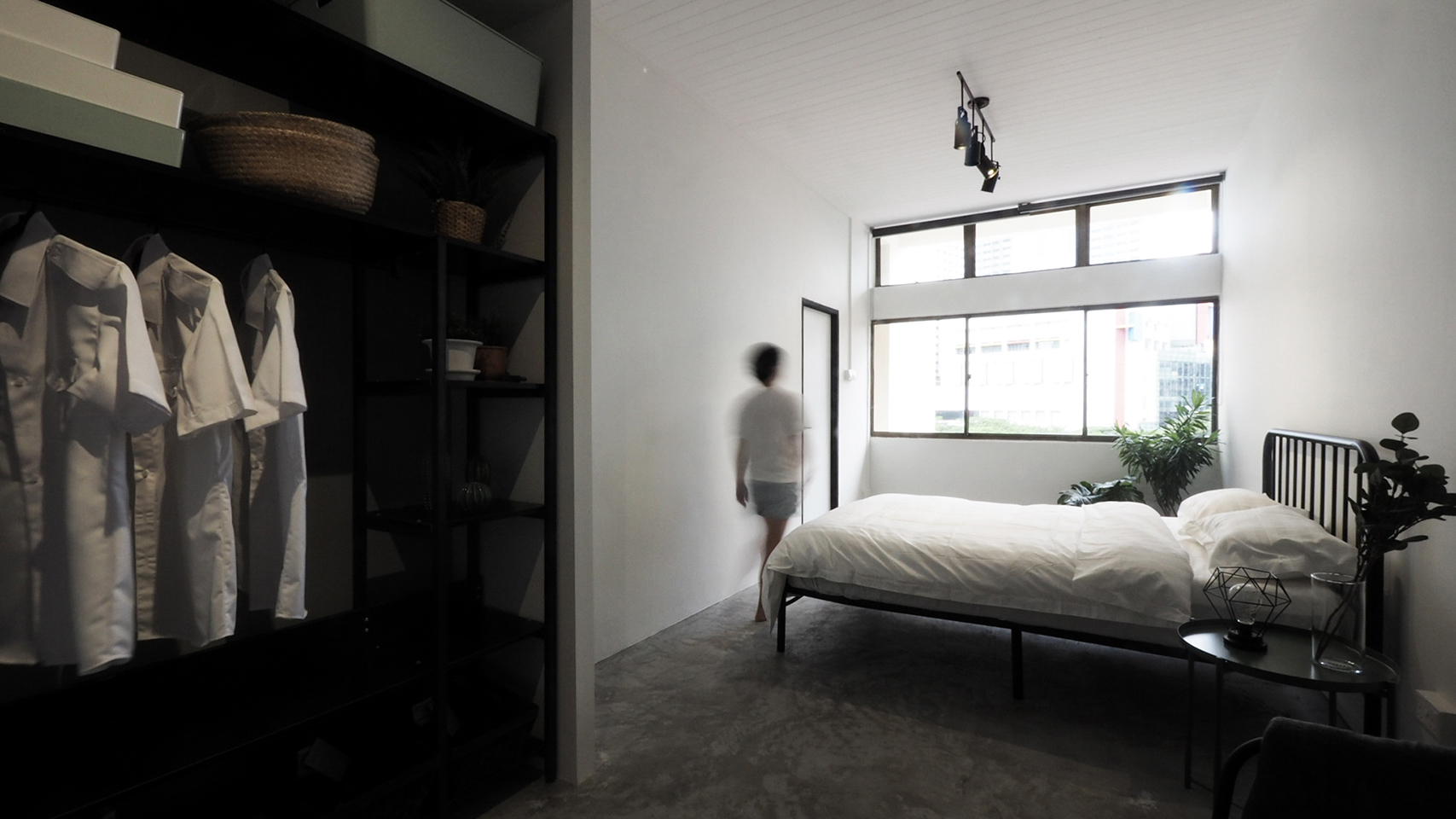 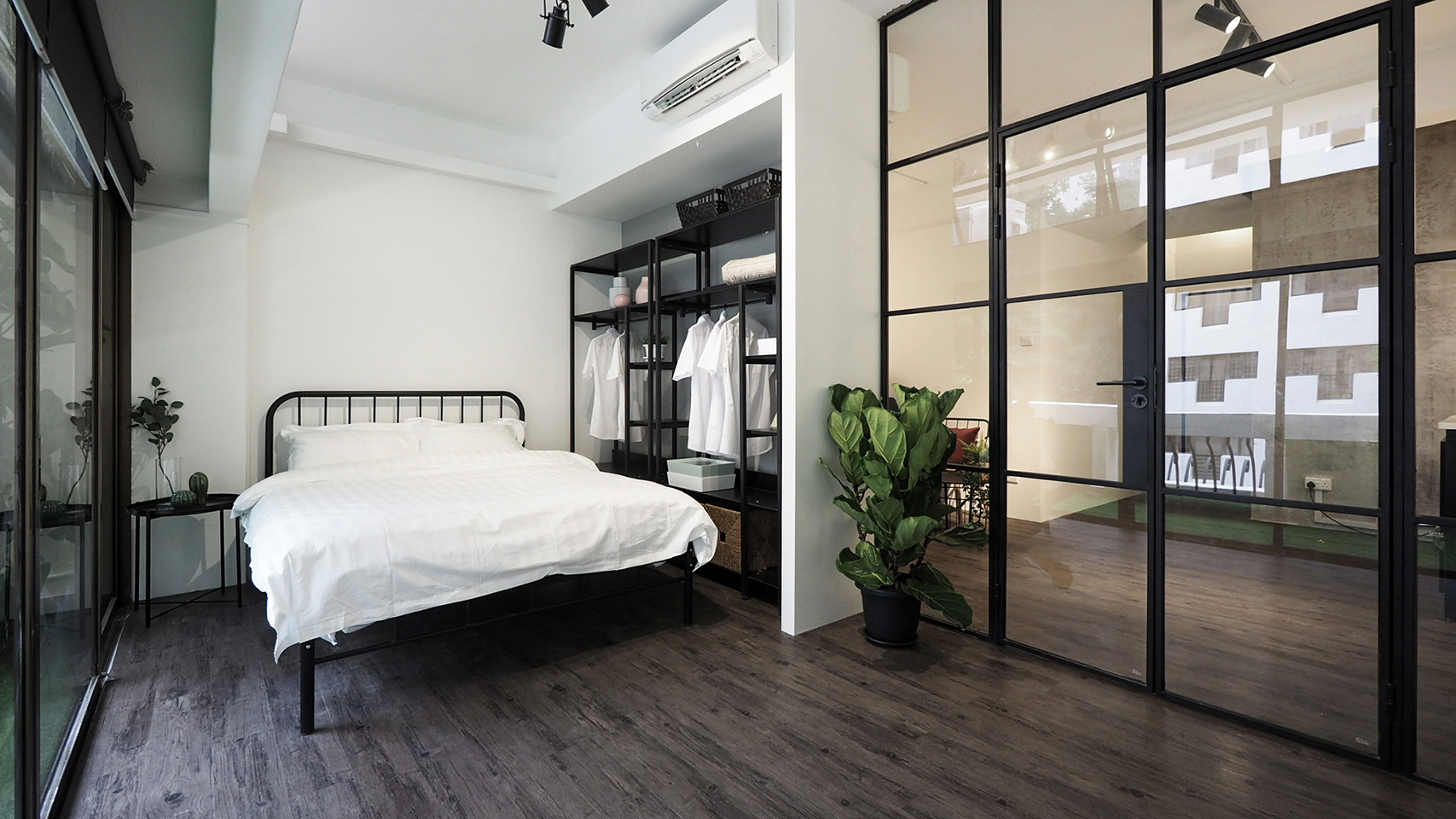 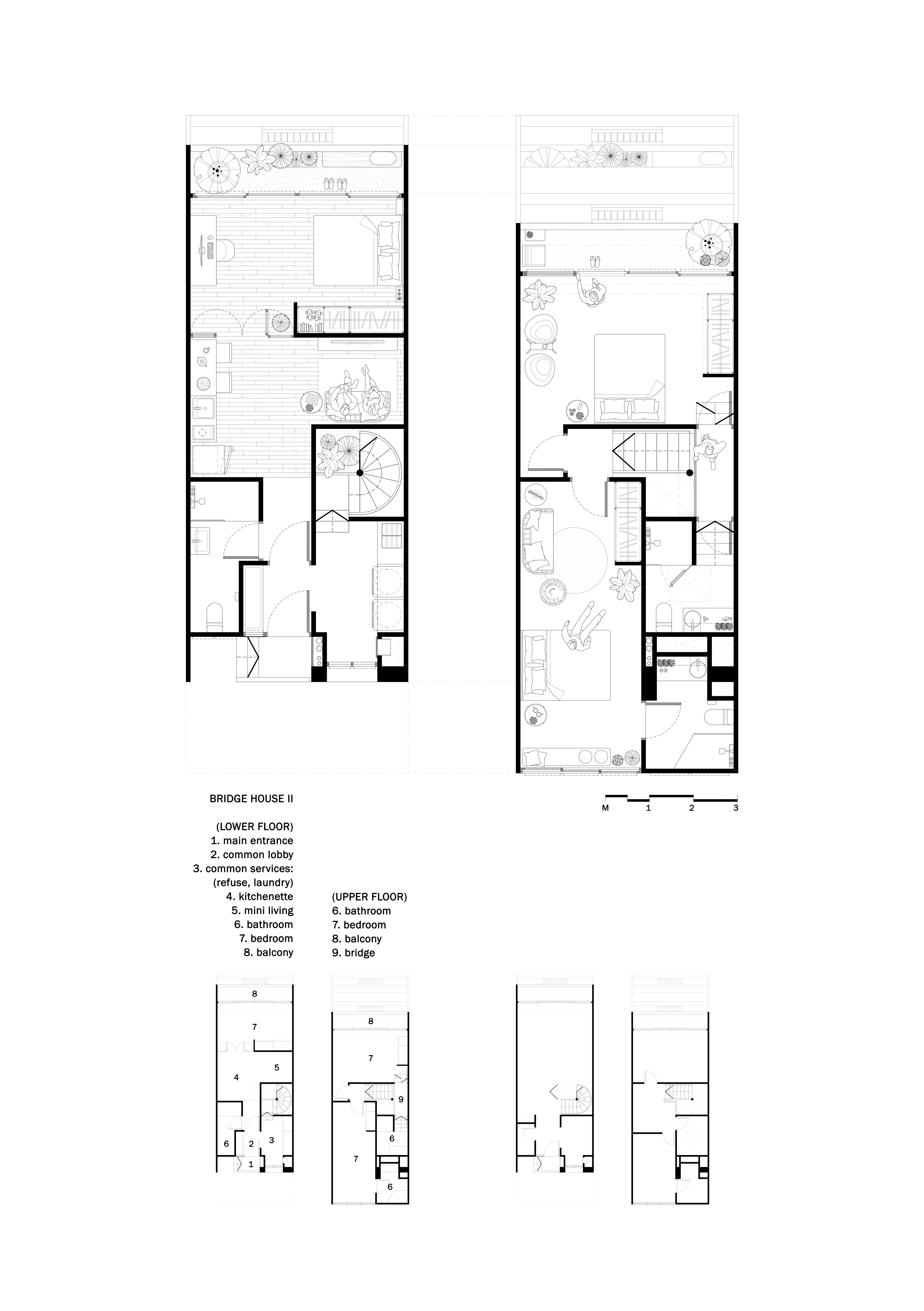 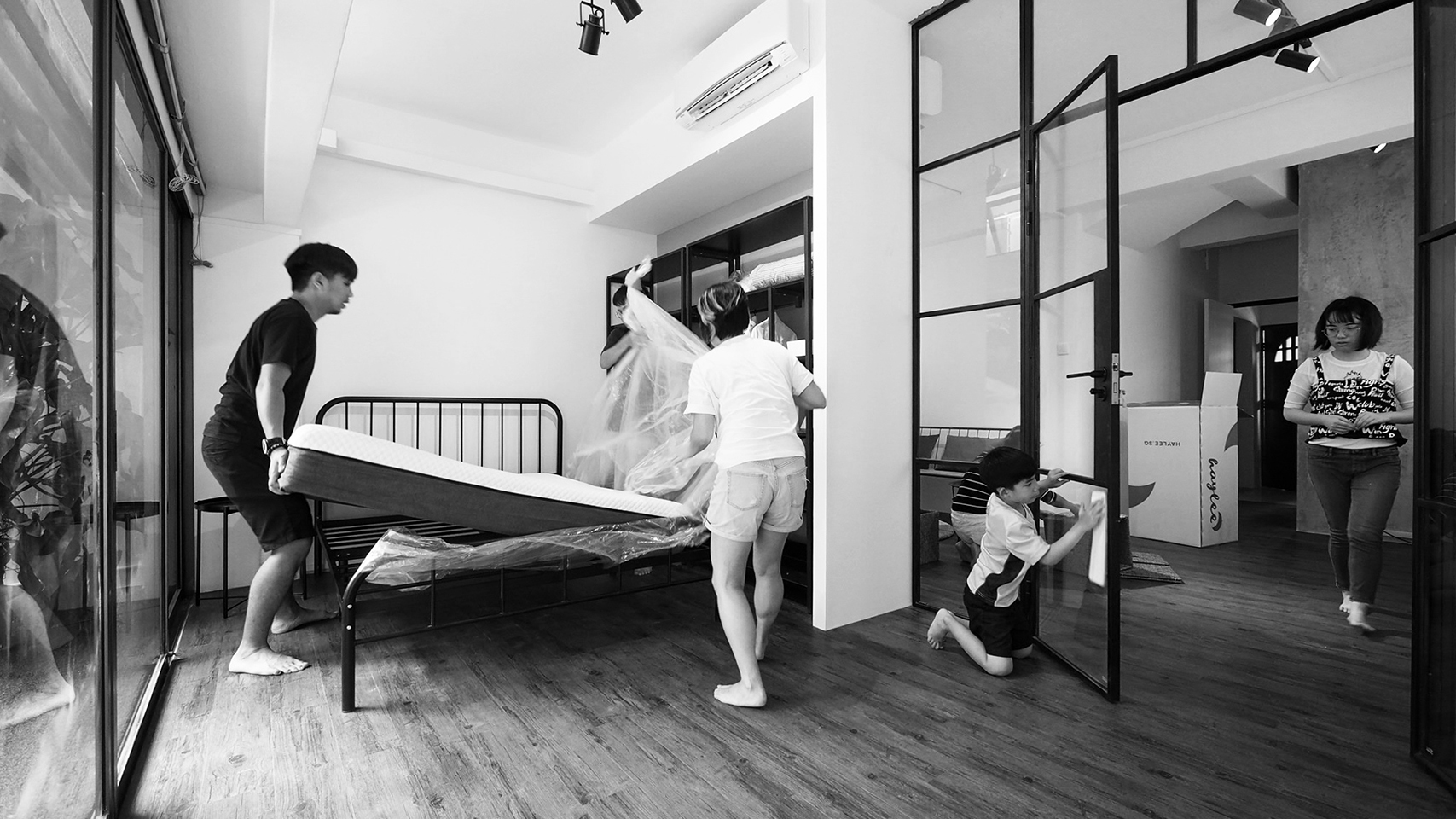 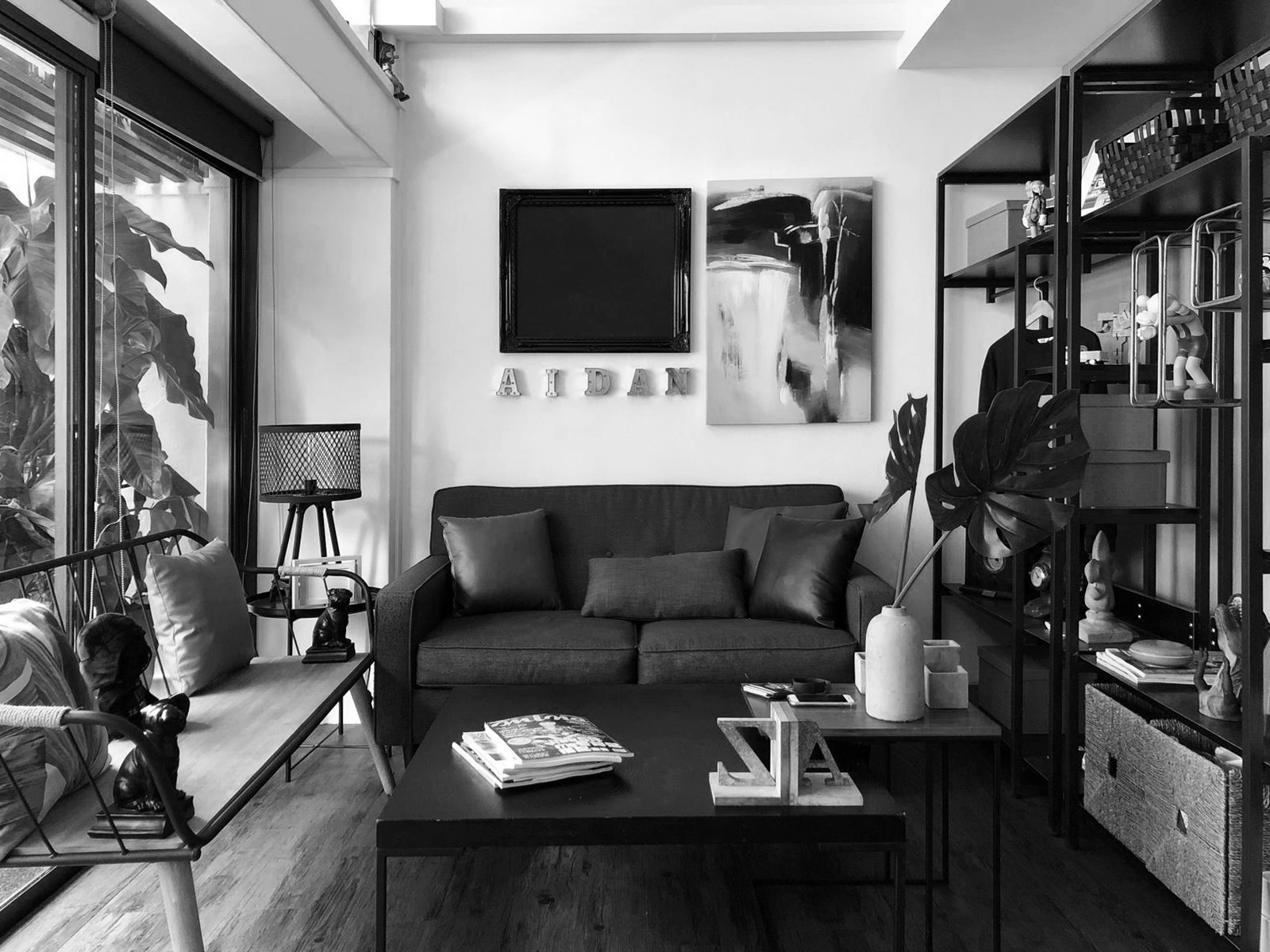