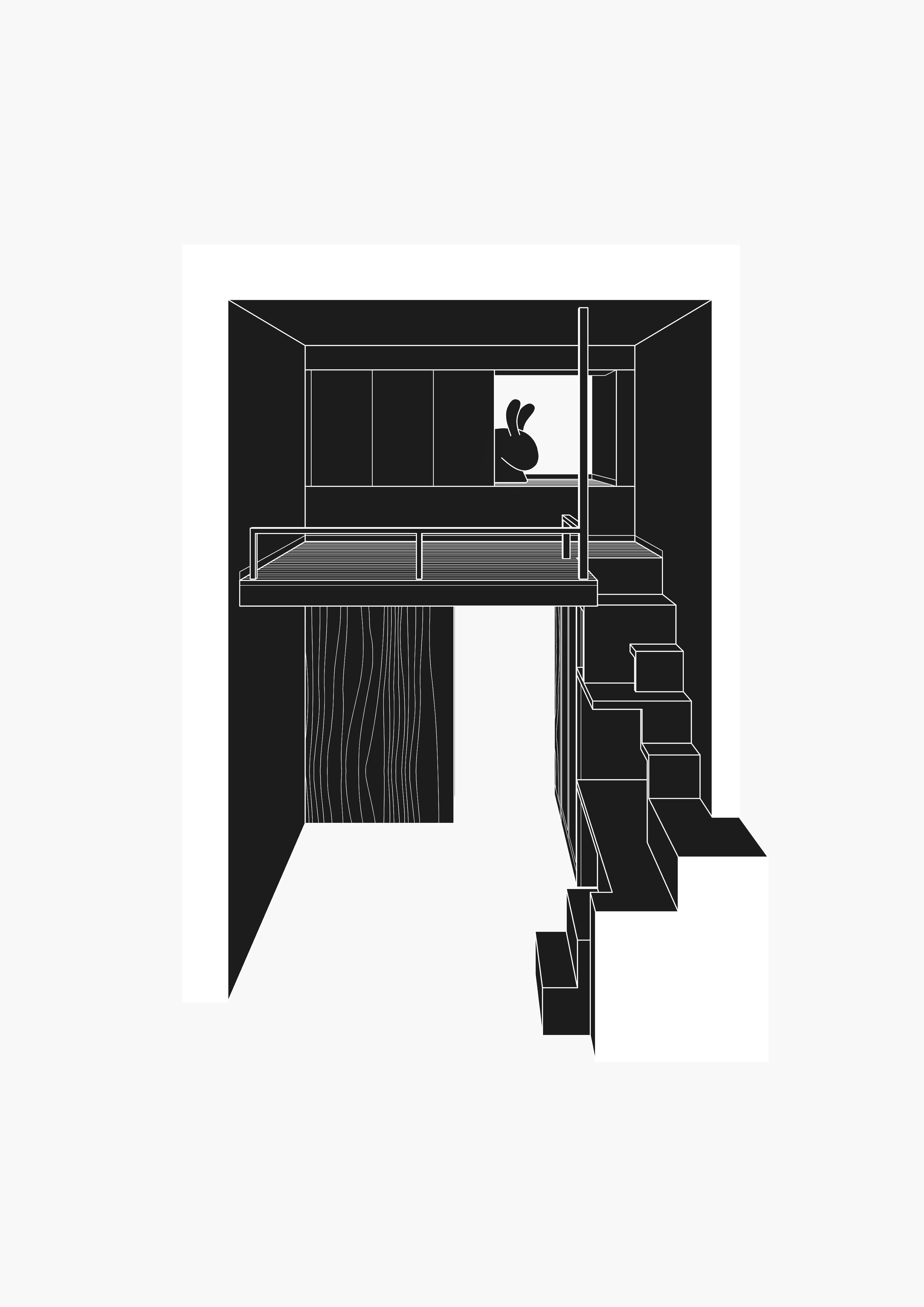 THE HOUSE THAT GREW (a metre taller)

The design was made, the clients were happy; the house was ready for intervention. The long space of dining and living stretched out of the kitchen, over a bar counter, eventually spilling out, beyond the sliding glass doors and into the outdoor deck – and then pass fences, shrubbery and into park-green and sounds of water features of the condominium ground outside. The private spaces of wet work and cleaning – of both the kitchen (and yard), and bathrooms – were encased in painted patterned tiles. Their colourful prints ran the length of the floor and some up the walls, bending corners and blurring edges, as if to make menial work less of a chore. The walk-in-wardrobe is a corridor of mirrors, reflecting into an infinite length of doors and rooms, and more privacy and grooming, surrounded by a display of clothes and objects of belongings. Visually, the house grew.

Then work started on the house; the workmen peeled away the ceiling boards, and a discovery was made that beyond the old ceiling was another metre or so of hidden space. While there were pipes and ducts and other ancillary equipment to be pragmatically concealed beyond the ceiling in some parts, in other parts there were rooms that had grown taller, and now required new attention.

The design was re-made, the clients were happier; the house was ready for intervention yet again. The long space of dining and living, with dramatic new headroom height, stretched and spilled out into the deck and across fences and onto the park-grounds outside. Its growth marked by the un-plastered and exposed brick work and structure that ran the length of the living room wall. While the walk-in-wardrobe still reflects an infinite display of mirrors and doors, unbeknownst to the person in the corridor is the expansion of space hidden yet above. The study becomes like a playground of heights: one steps on pedestal shelves and onto the study table, before climbing up wall-shelves and wardrobe and onto an upper deck loft. On the back wall of this loft is a set of cabinets; a pair of doors opens into a secret cubby-hole that sits on top of the walk-in-wardrobe. The typically mundane nature of work (study) and storage are given a twist of playfulness within a “tree-house” formed of built-in furniture.

The house grew a metre taller, and with it the ideas grew too. 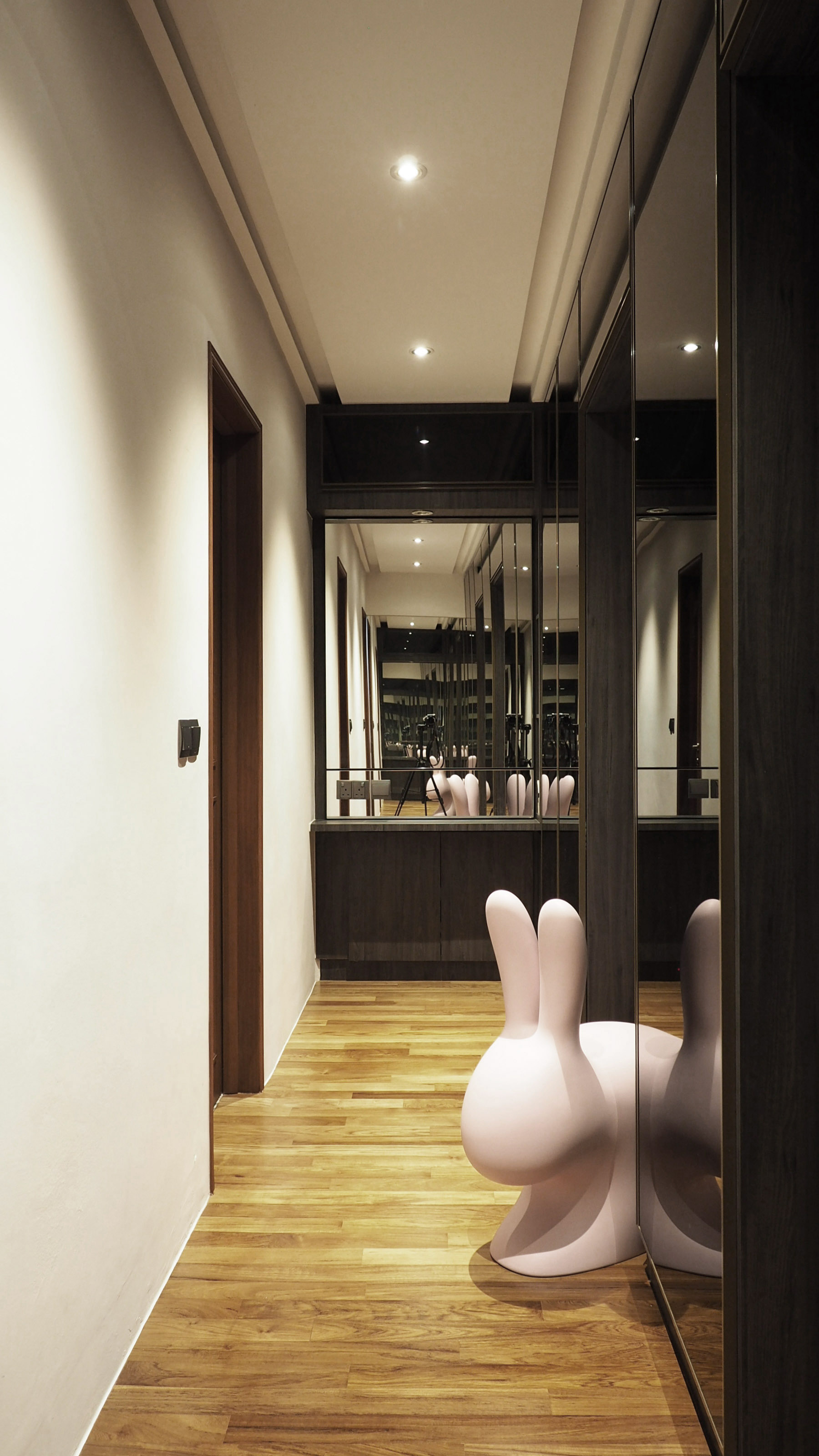 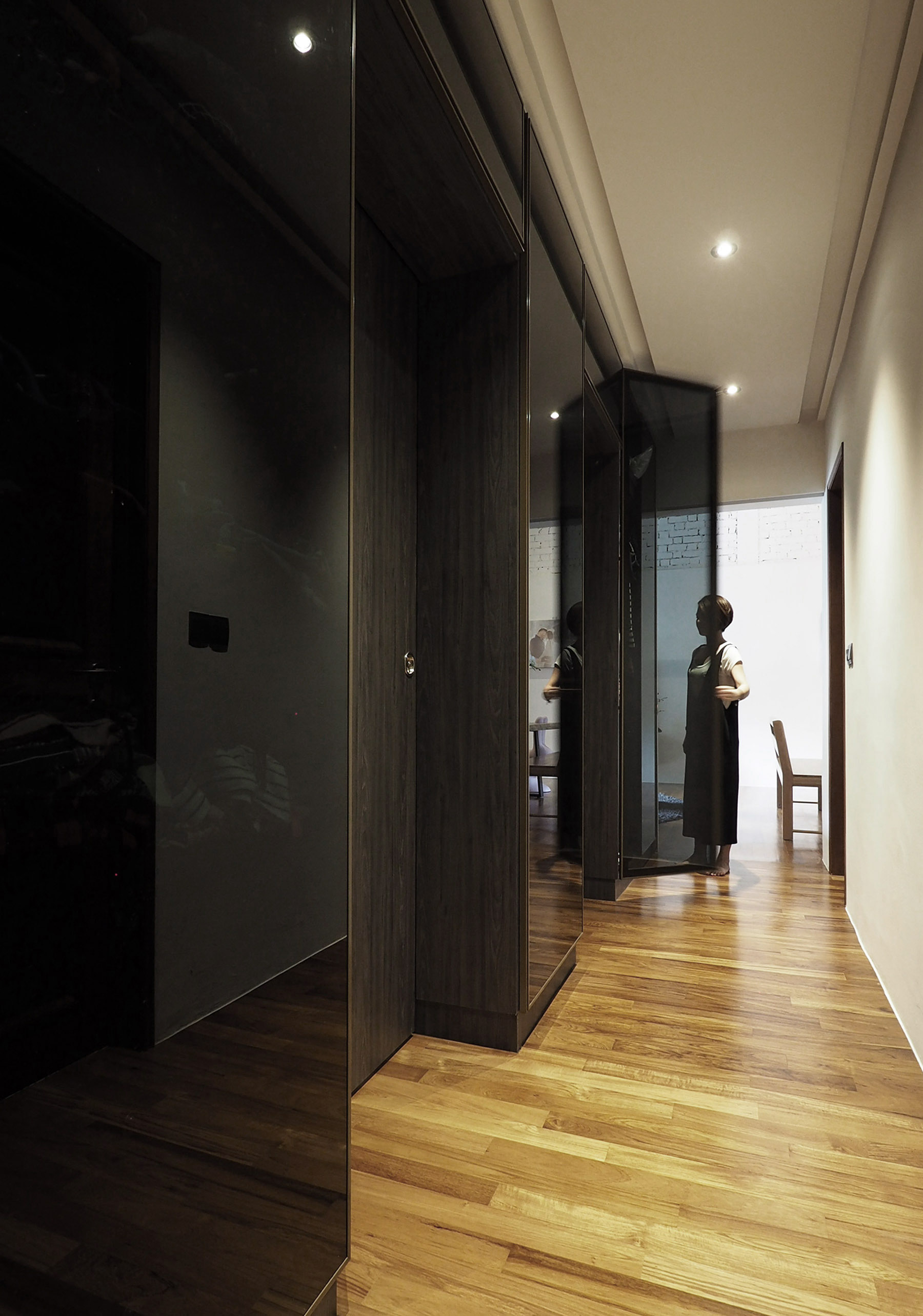 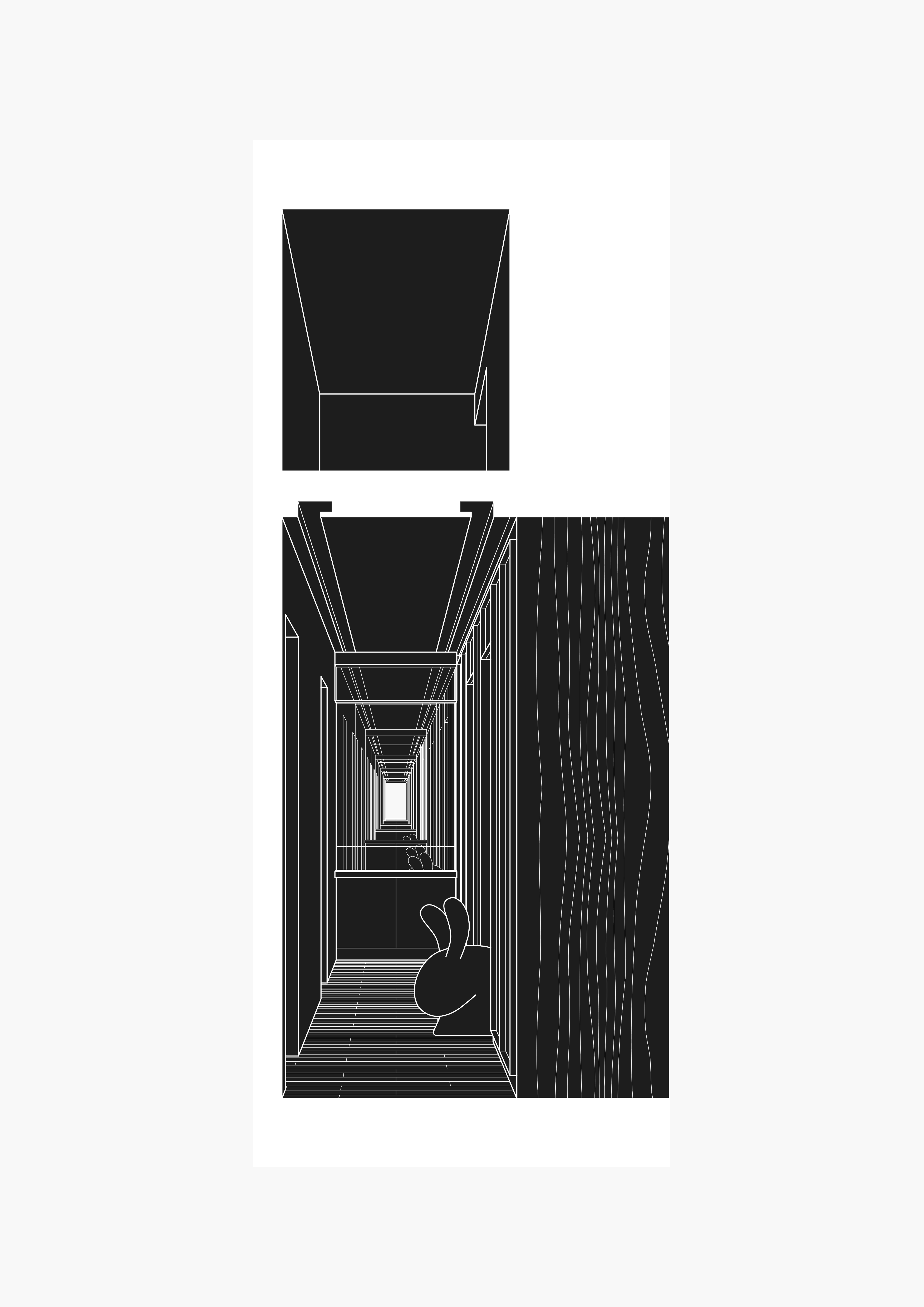 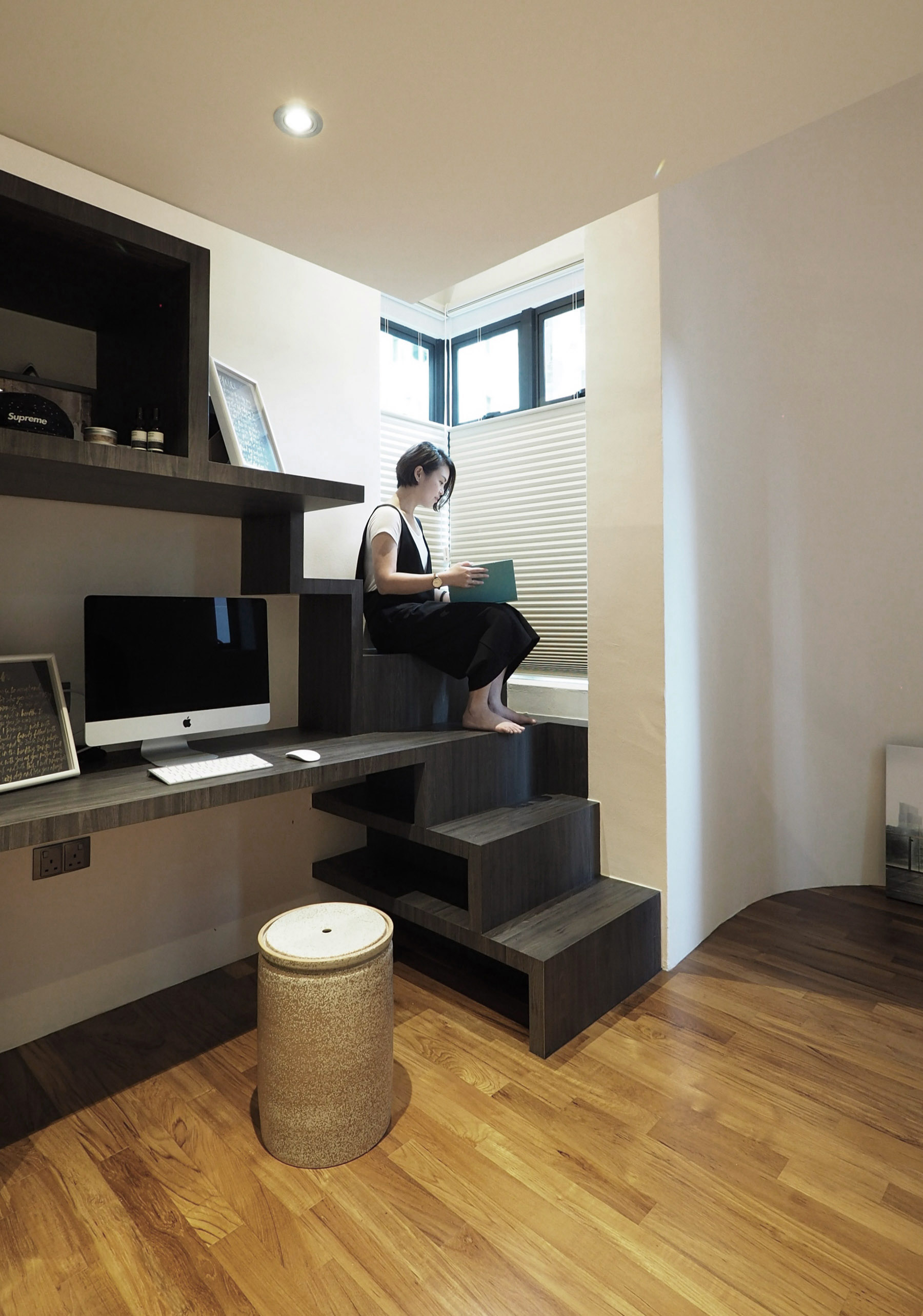 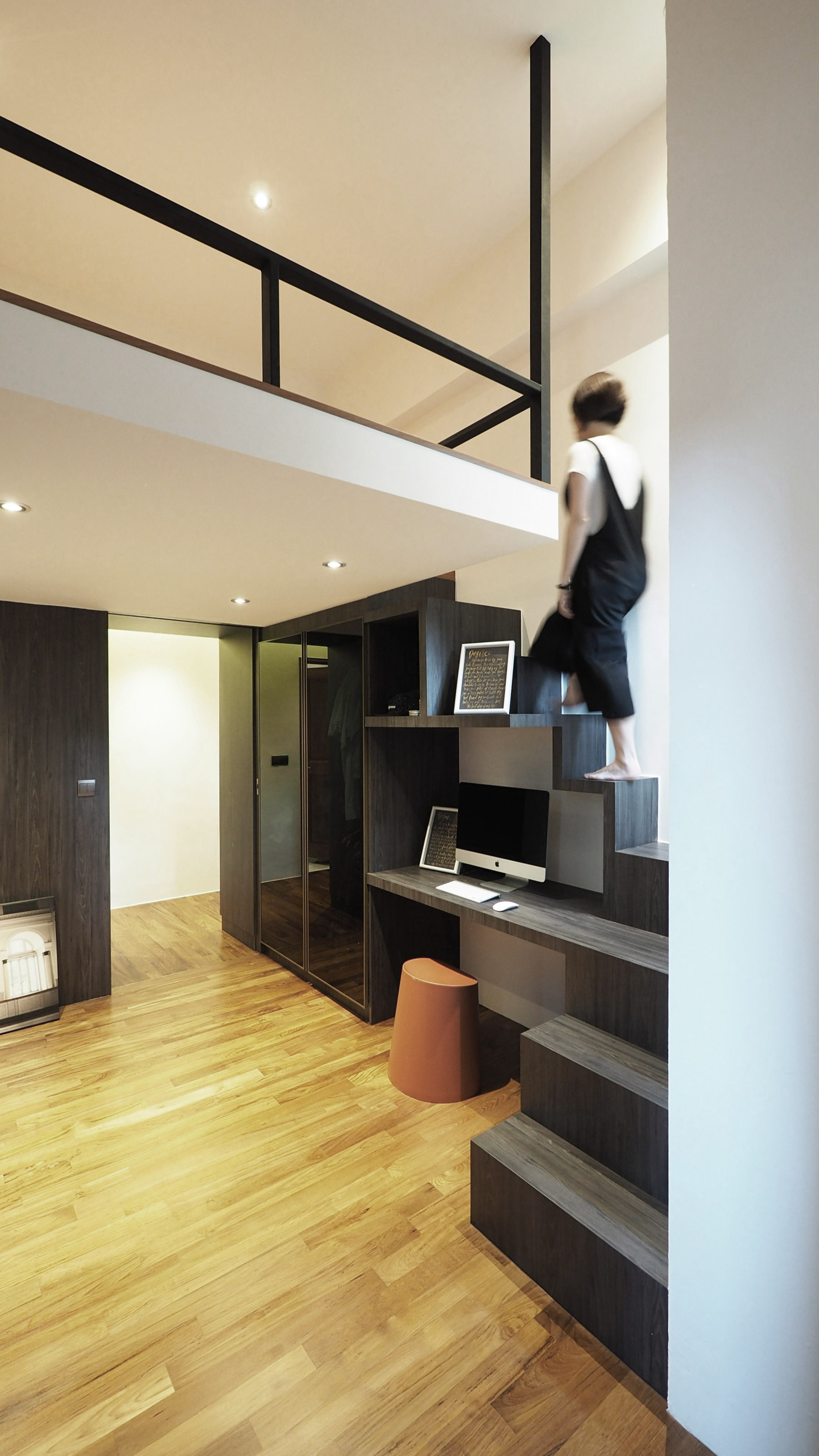 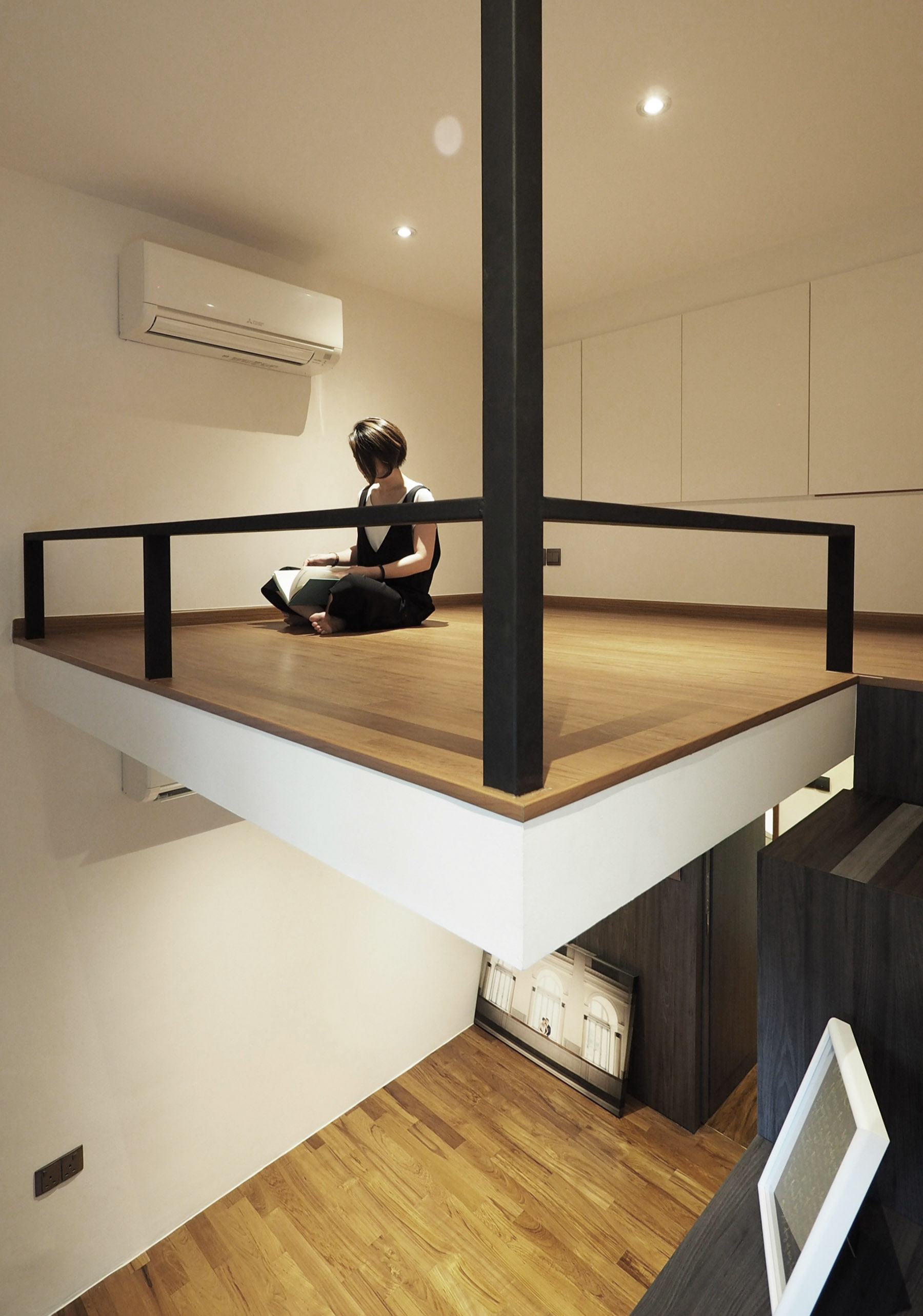 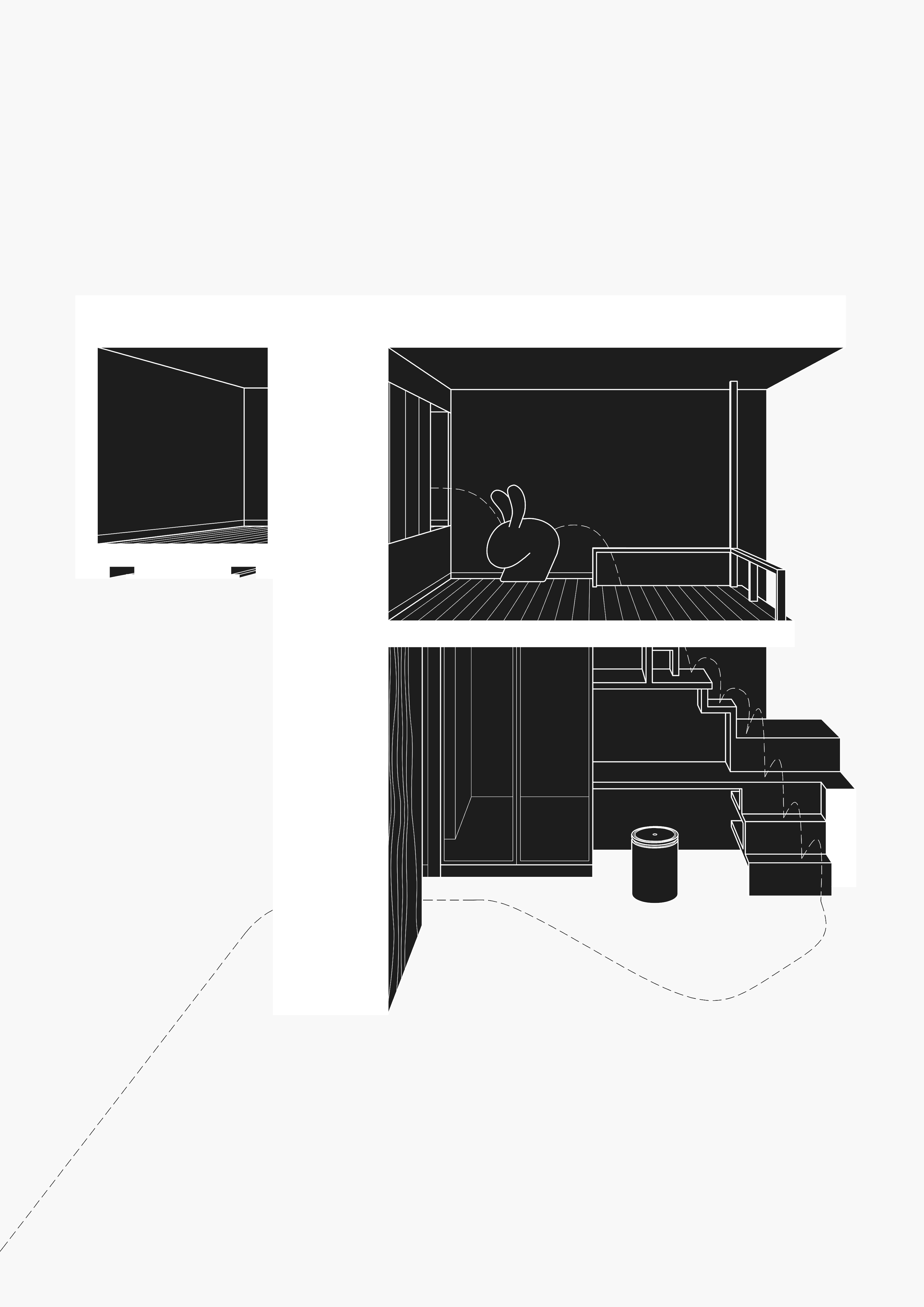 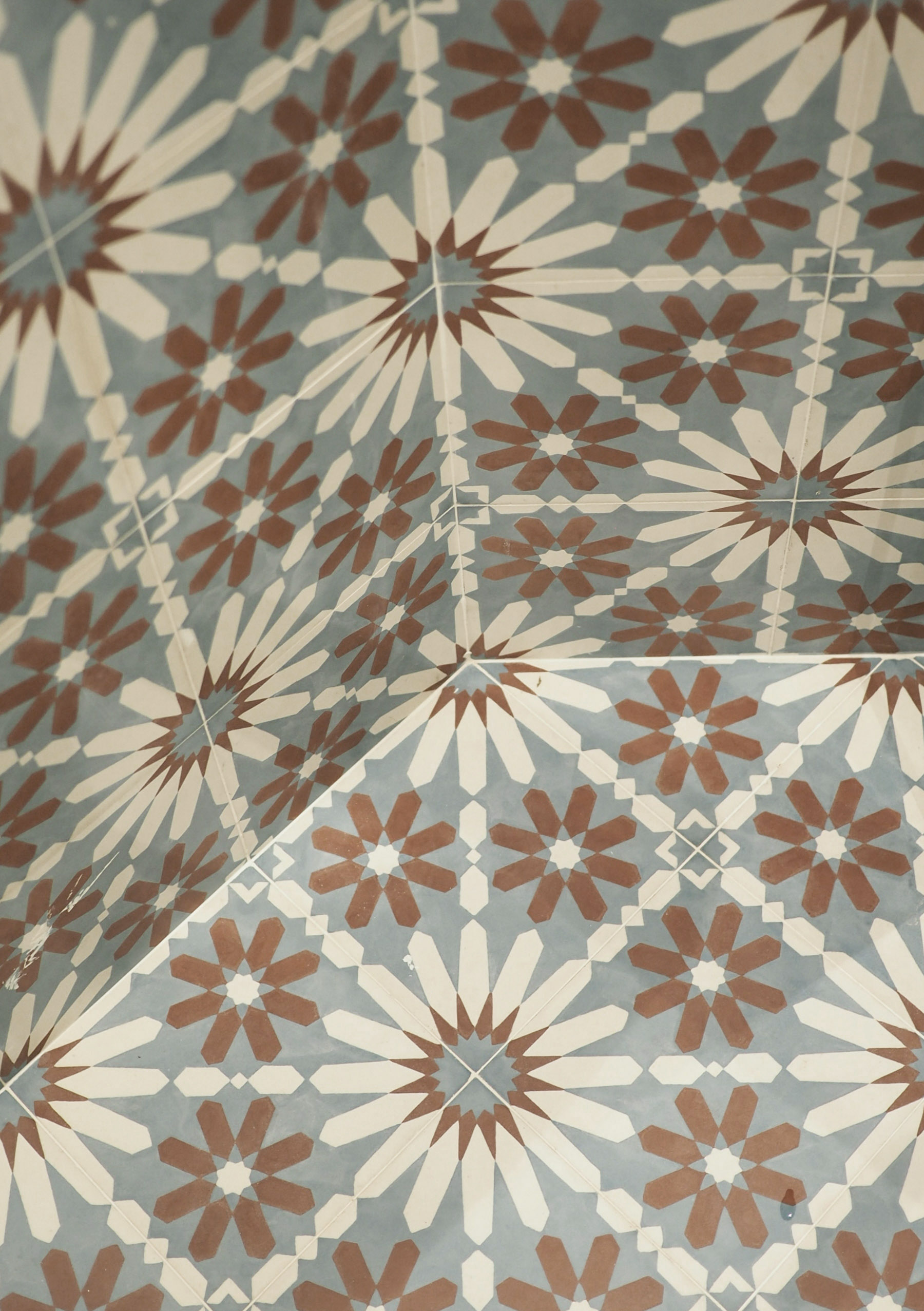 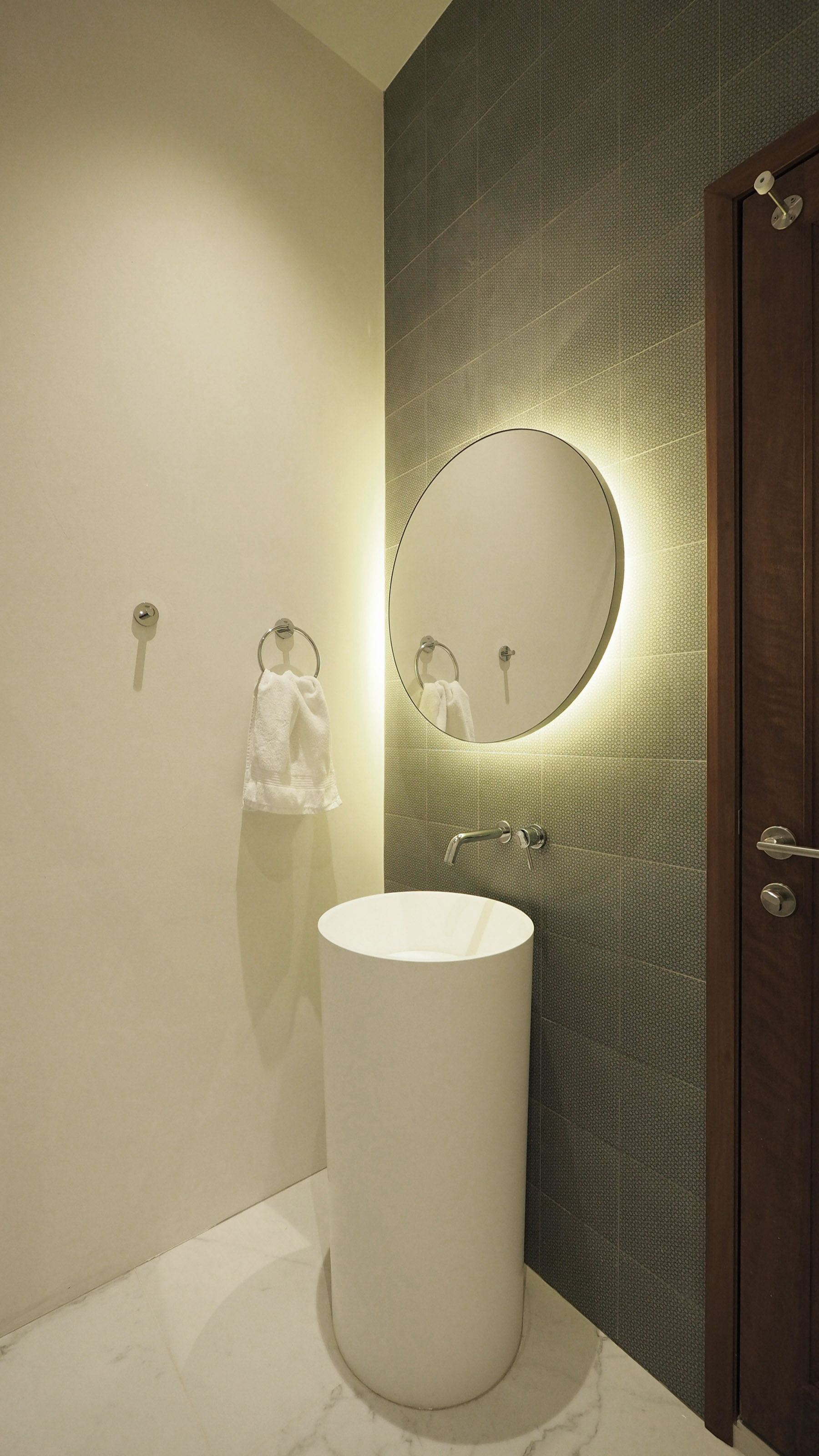 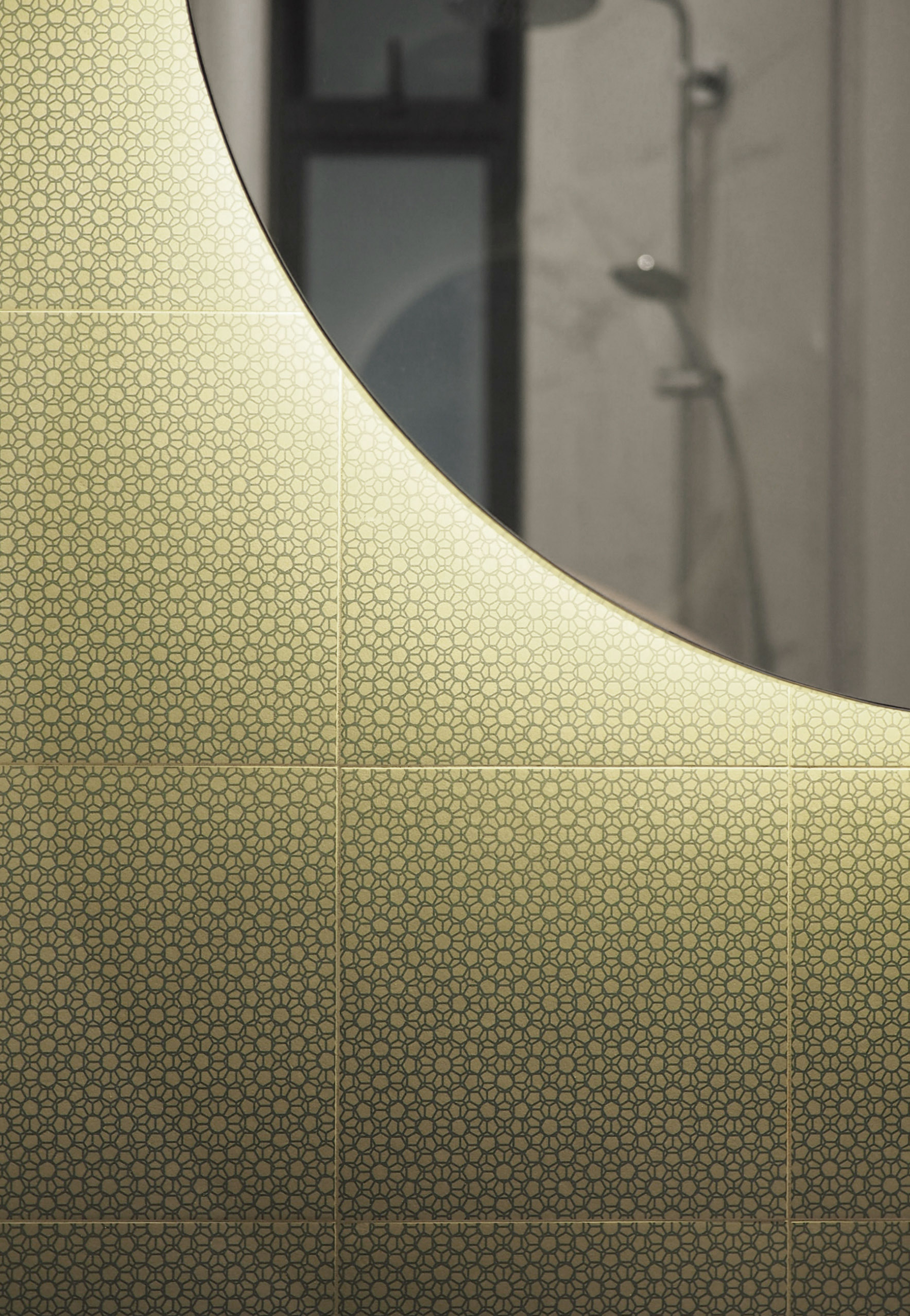 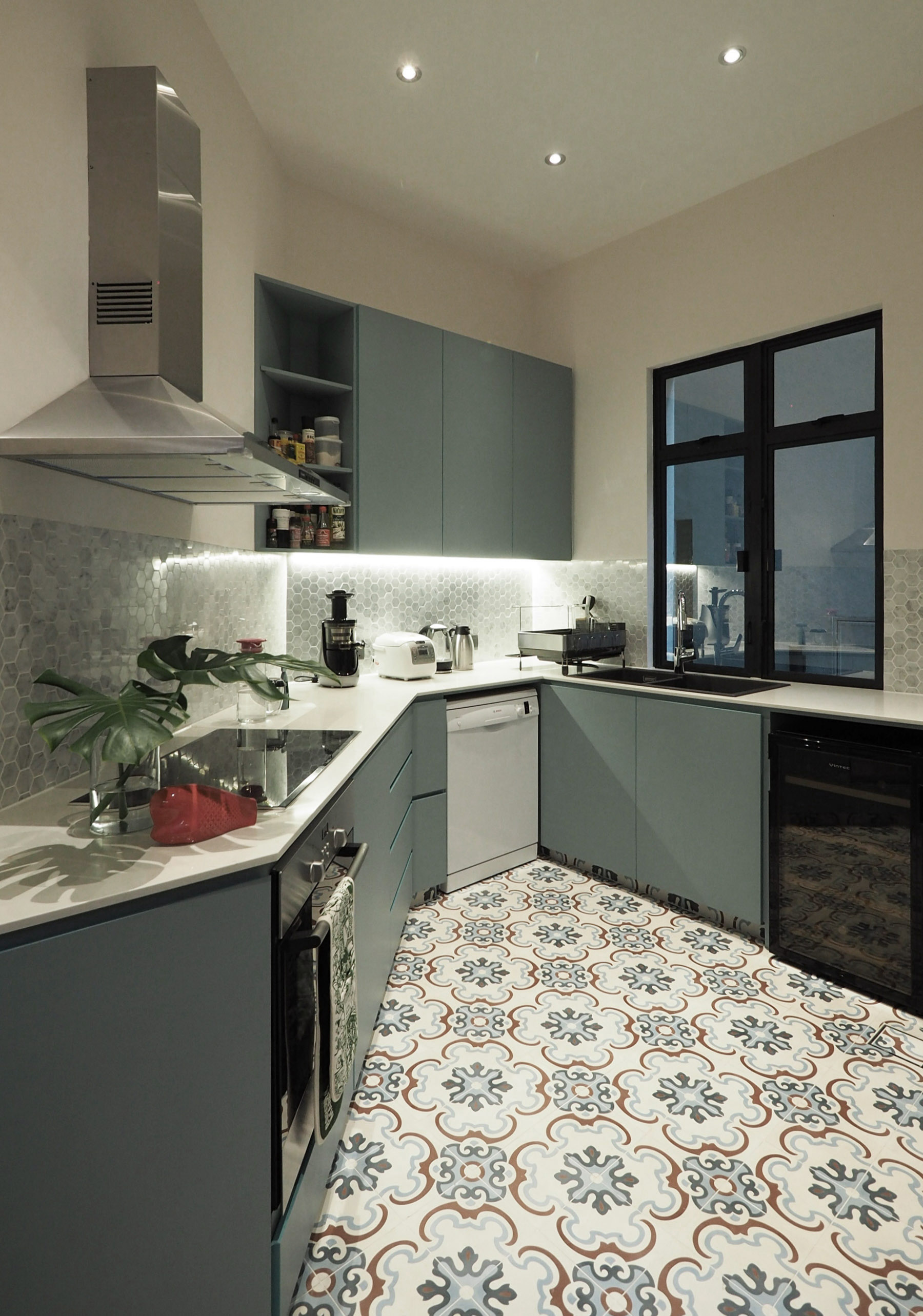 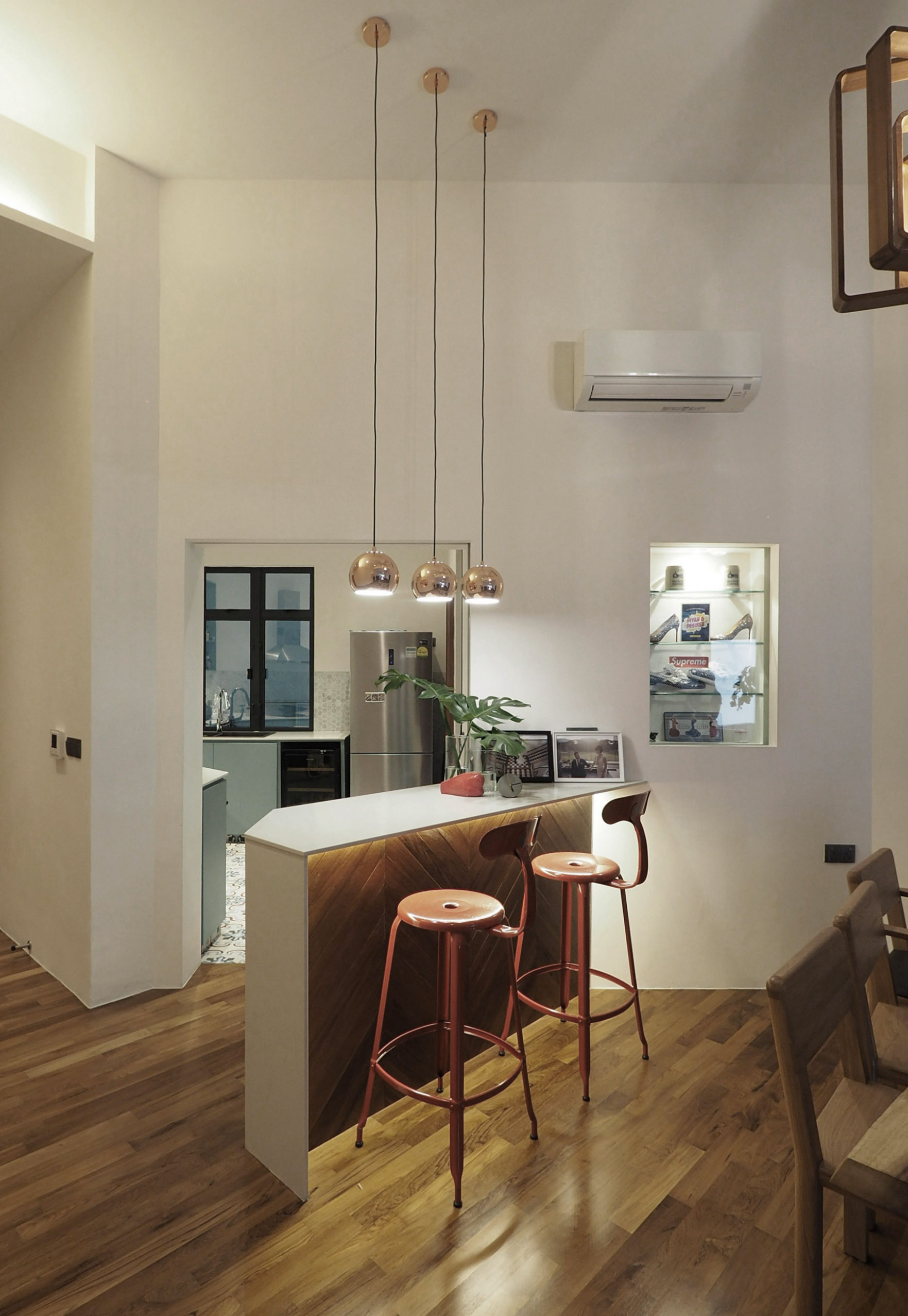 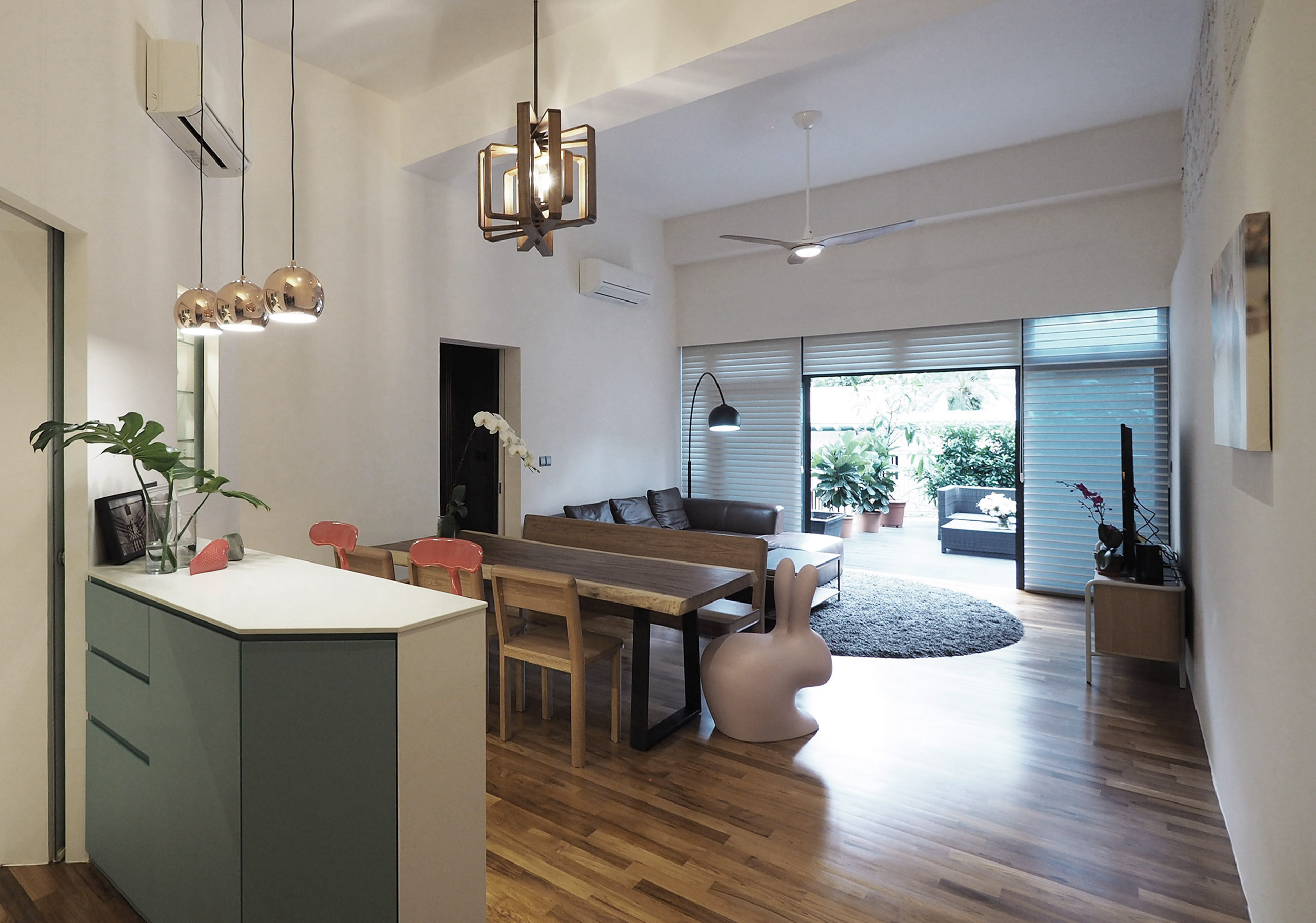 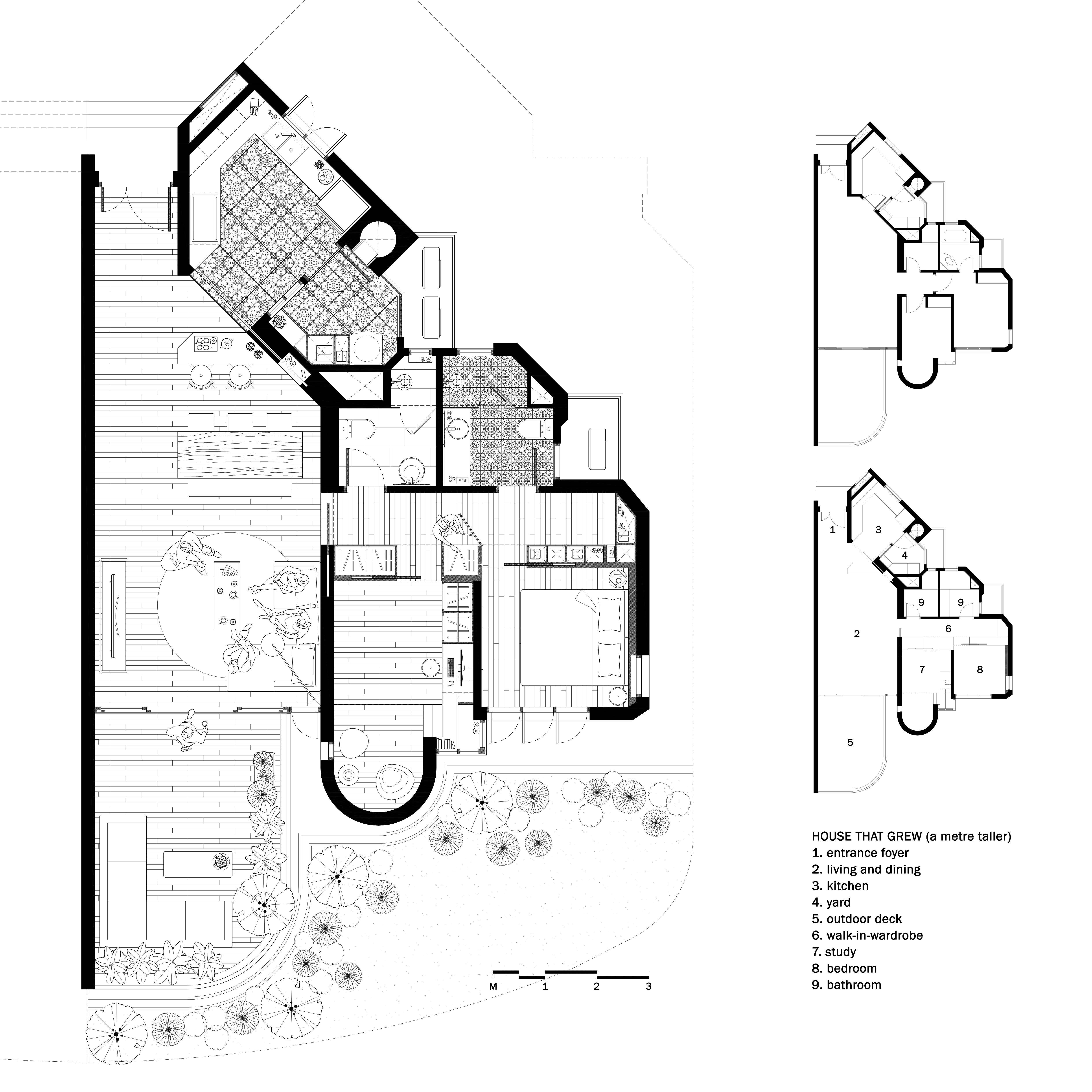 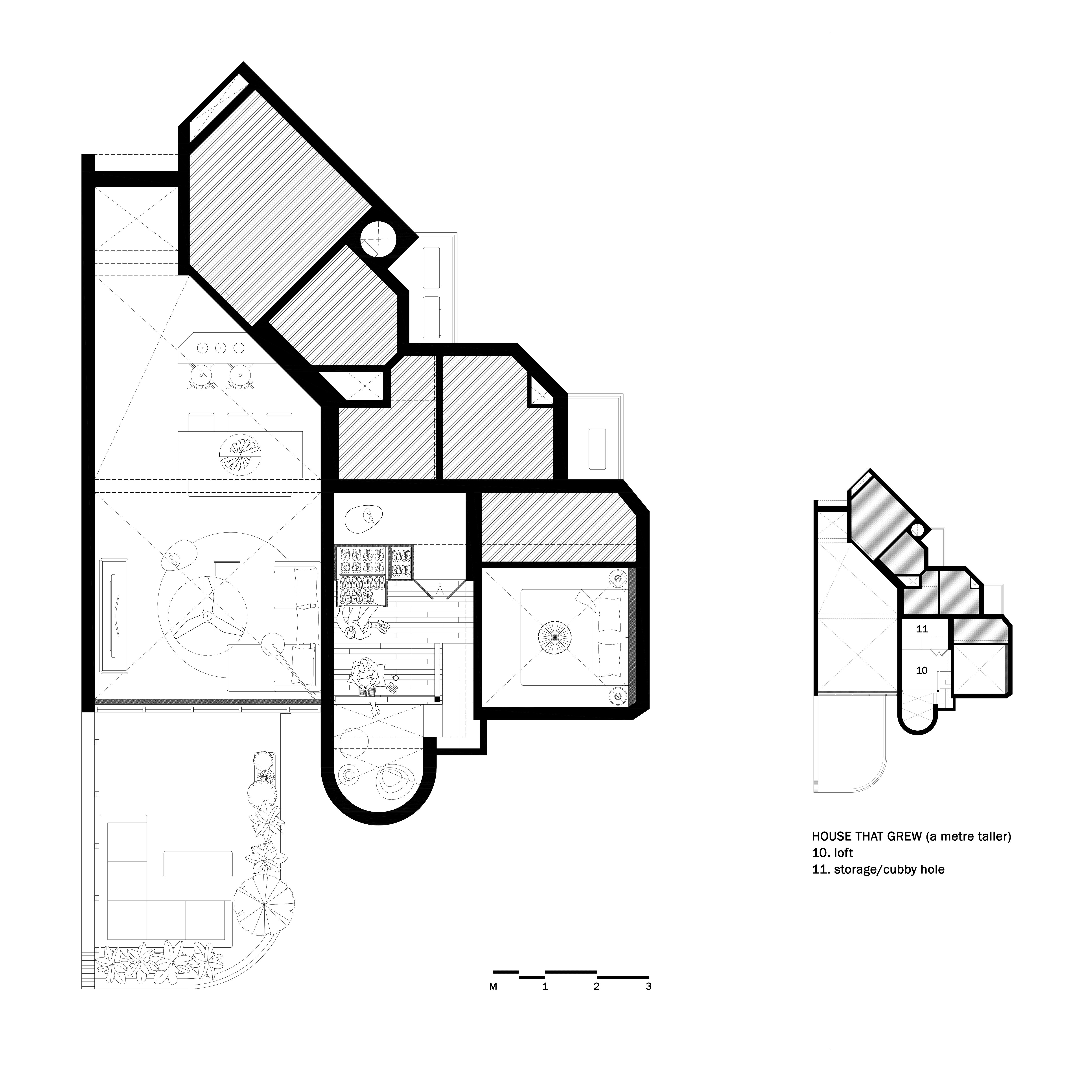 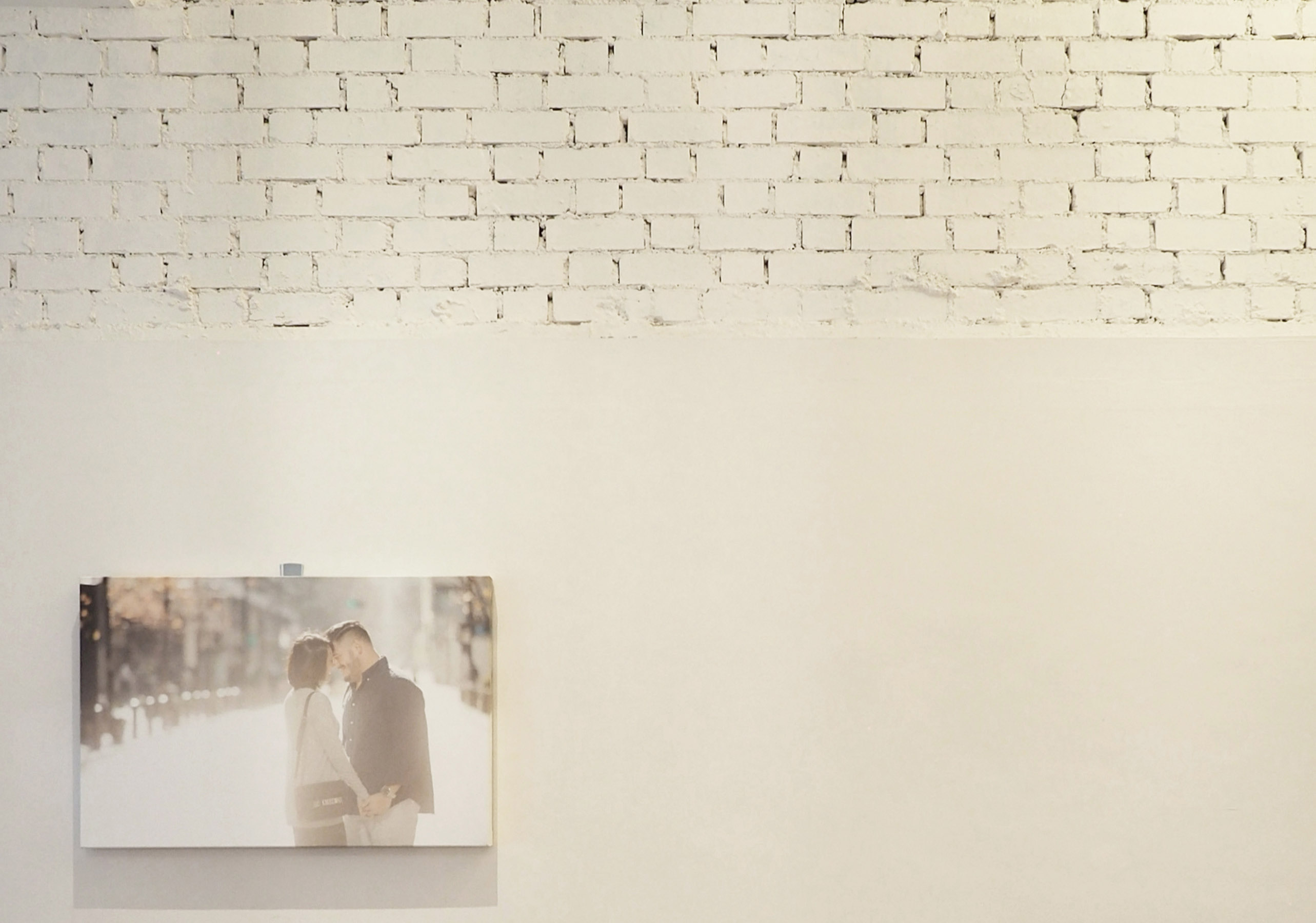 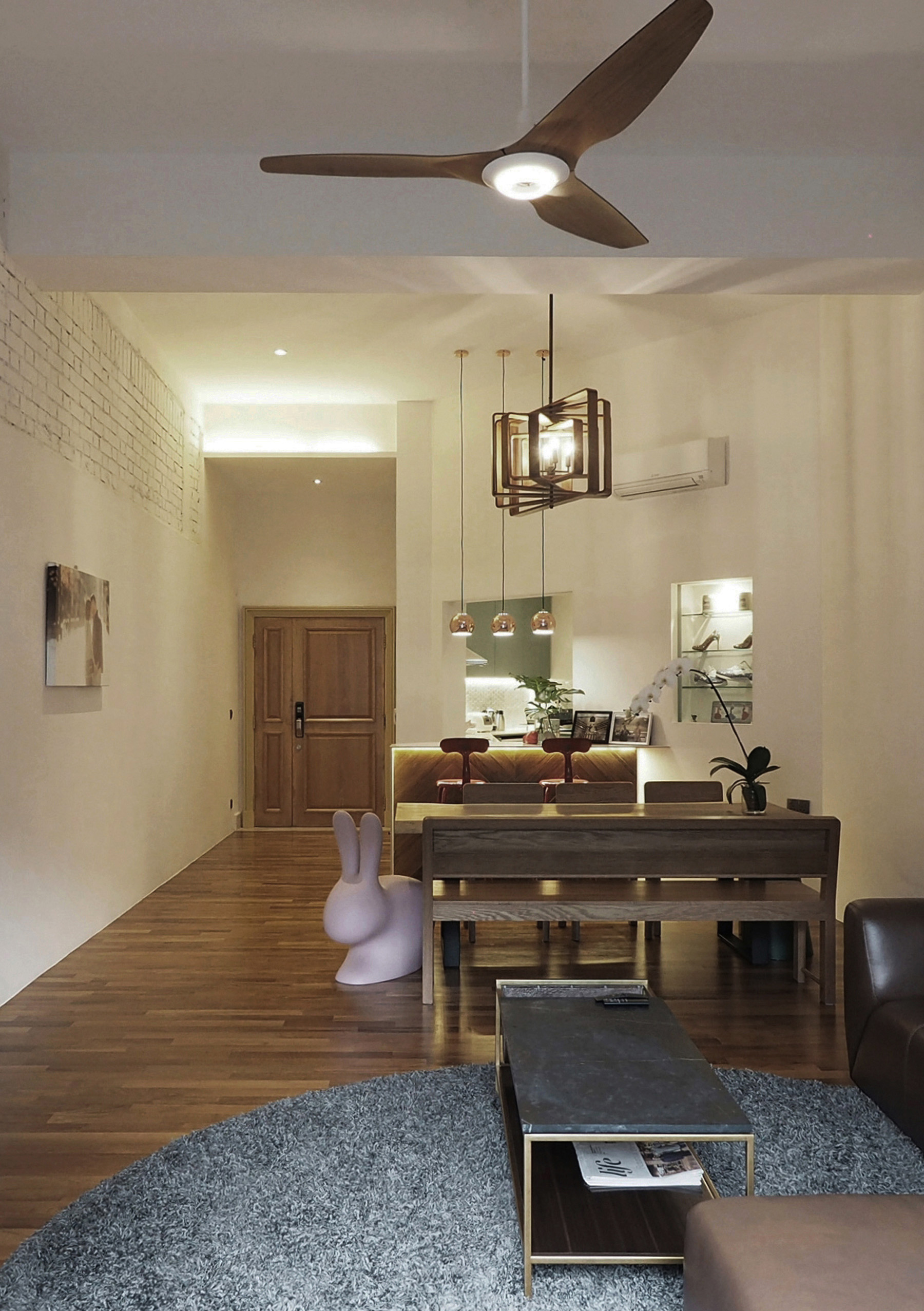