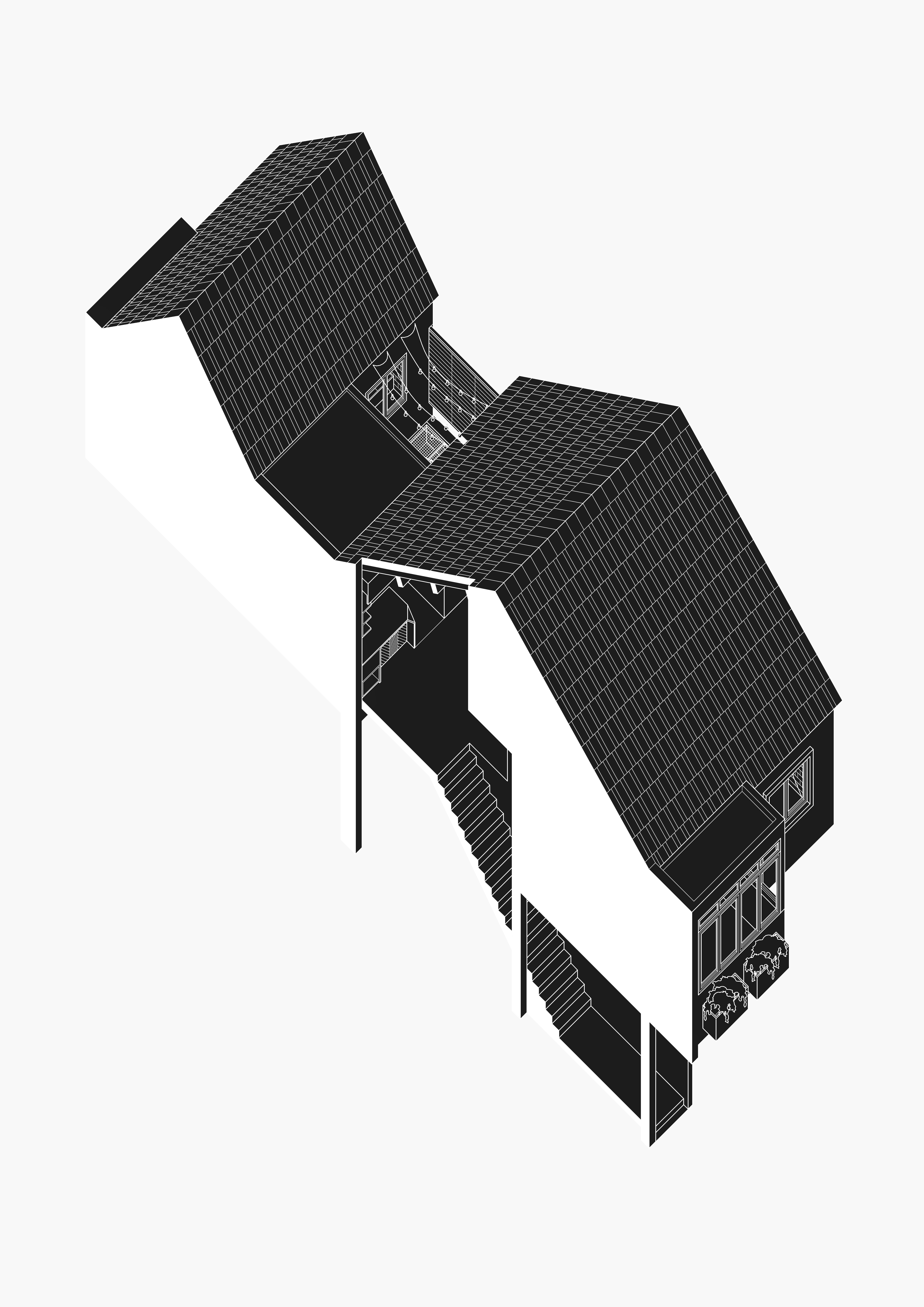 The neighbourhood of terrace houses sit idle and undisturbed for years – rows of tightly-packed houses like grandparents sitting side by side since the 1960s when they were first built. They too grew old and tired, their eyes picked for any new residents moving to the estate; their creaking bodies waiting for an event to happen. In their fronts, paint flaked wrought iron gates with floral motifs (ala art nouveau traditions harking from trends long gone) swing open to private potted gardens surrounded by chain linked fences. A rusty bicycle may be spotted in a garden here and there. But a new resident had taken root on a unit on the second floor of one of these houses, its secrets hidden behind the facades of the grandparent-houses. Only a door of steel and glass – marked by the diagonals of the unit numbers – allowed glimpses through to a flight of stairs beyond. This is the entrance to the House Upstairs.

Up the stairs, the space dramatically opens to a double volume attic – copper lanterns hang low, suspended from black-painted timber beams and joists that held up pitched roofs above, illuminating a three metre dinner event below. The chattering of a party of friends – or the solitary soundtrack of a movie screening – echo up and dissipates into the voids above. Respite can be sought via a spiral staircase that leads to a private study floating above the activity; the attic of the attic and the super space that overlooks into all the spaces beneath it. Throughout the house, a running backdrop of exposed rough and unhewn brickwork walls juxtapose against newly laid timber floors and fresh plastered partitions; the cracks and crevices of the old bricks are remnants and reminders of the former house and the 1960s from the outside.

On special evenings, the smells of an outdoor barbecue wafts through the neighbourhood, but the front yards remain empty and there is no barbecue pit in use. The house on the upper storey yields other secrets: its residents step out of the full-length kitchen windows and into the courtyard. Ground materialises, taking the form of an elevated wire mesh deck on which an event is unfolding under the night sky with its fairy light stars. Last we heard was that a garden is growing on the floating platform – already a frangipani tree in the neighbourhood had given a stem-cut offspring which is now growing in a pot in the House Upstairs! 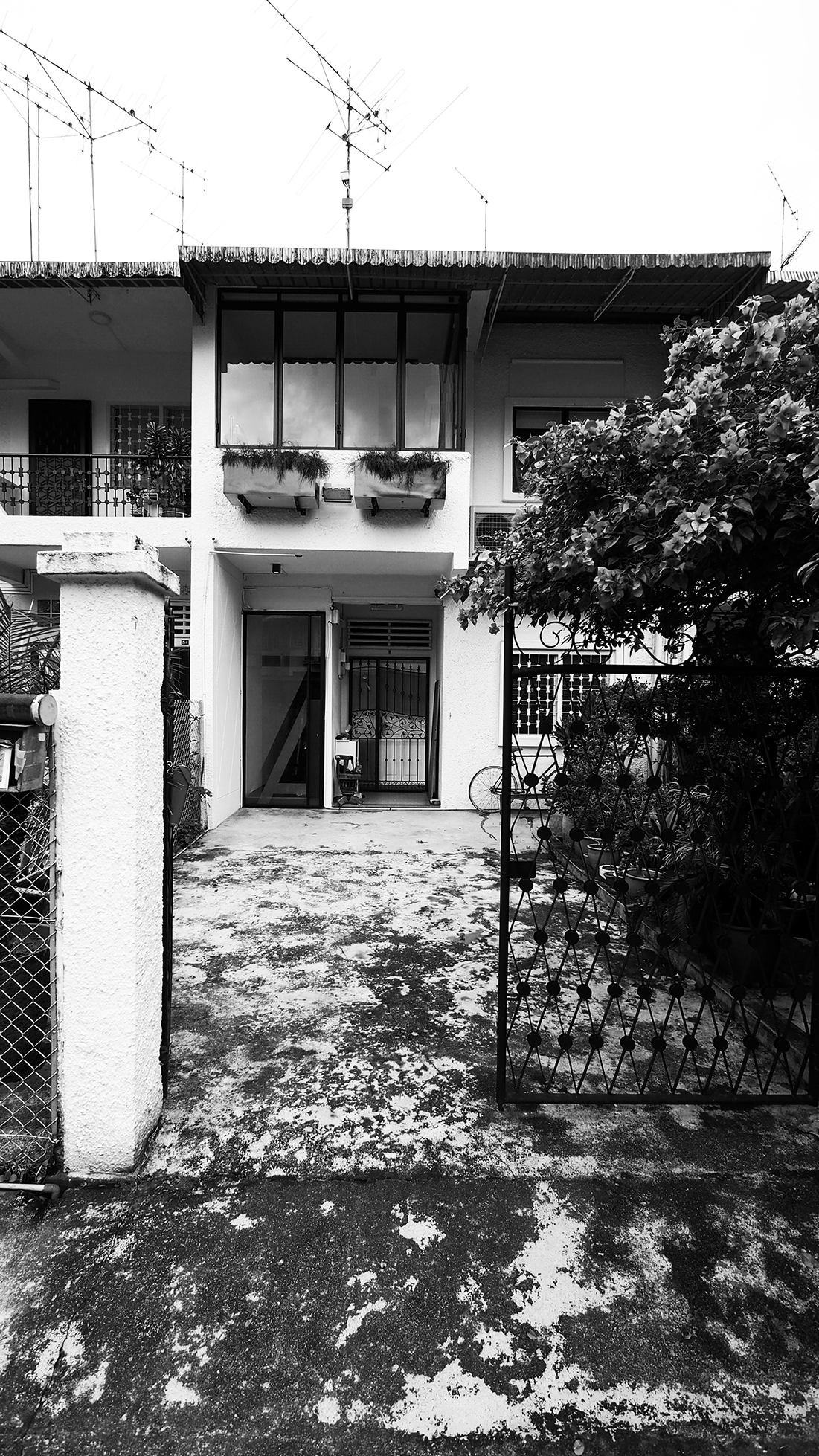 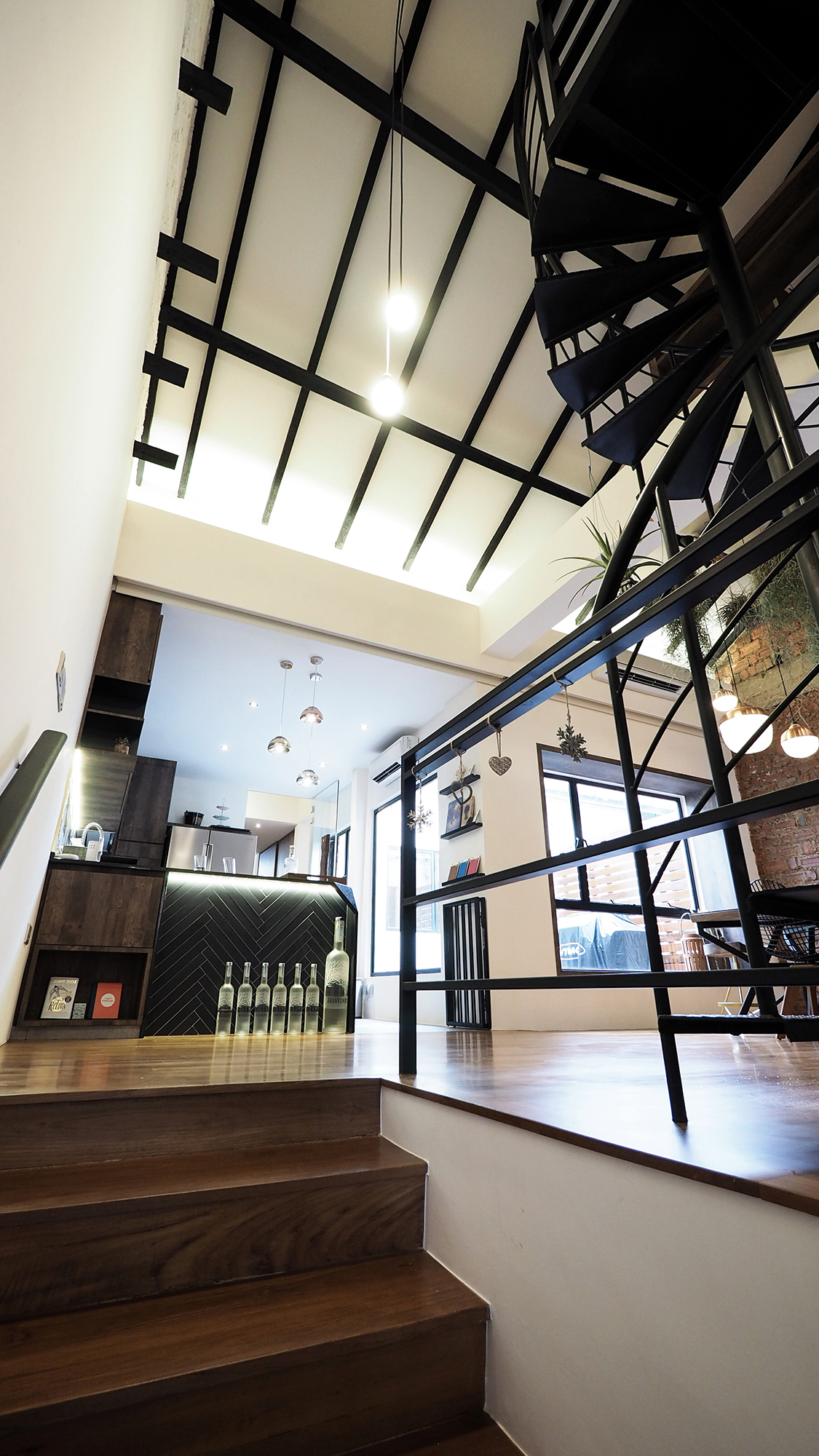 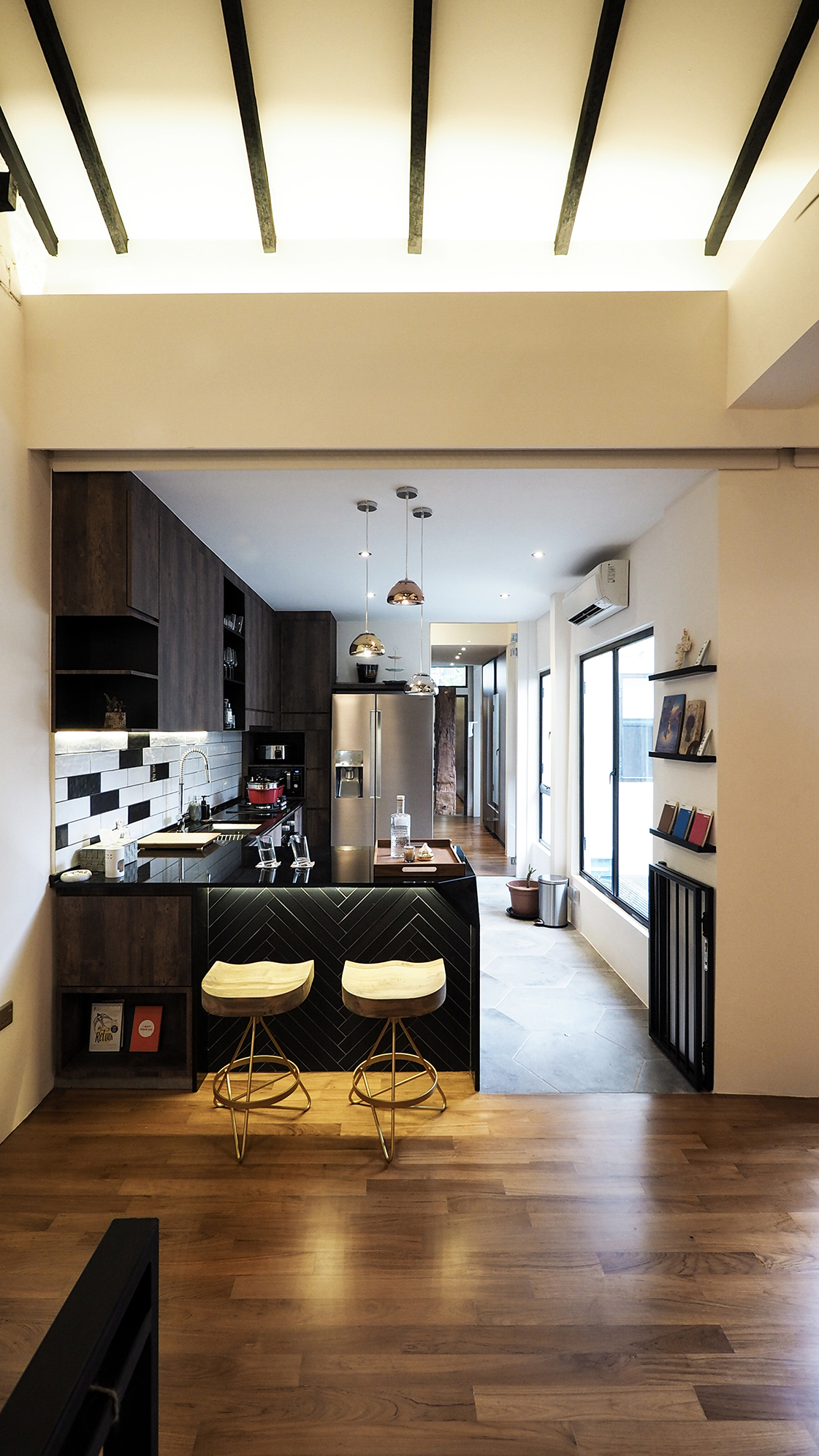 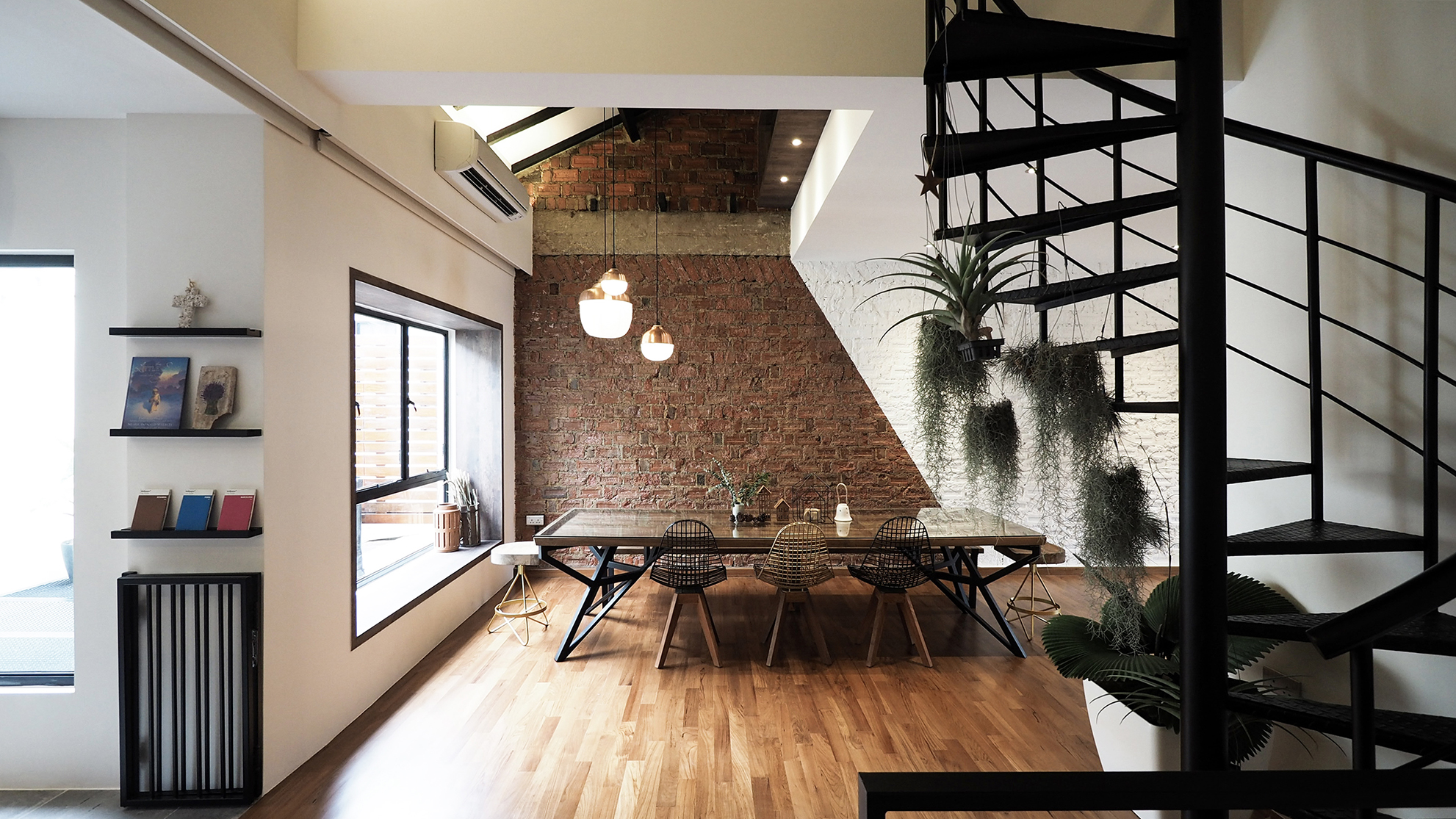 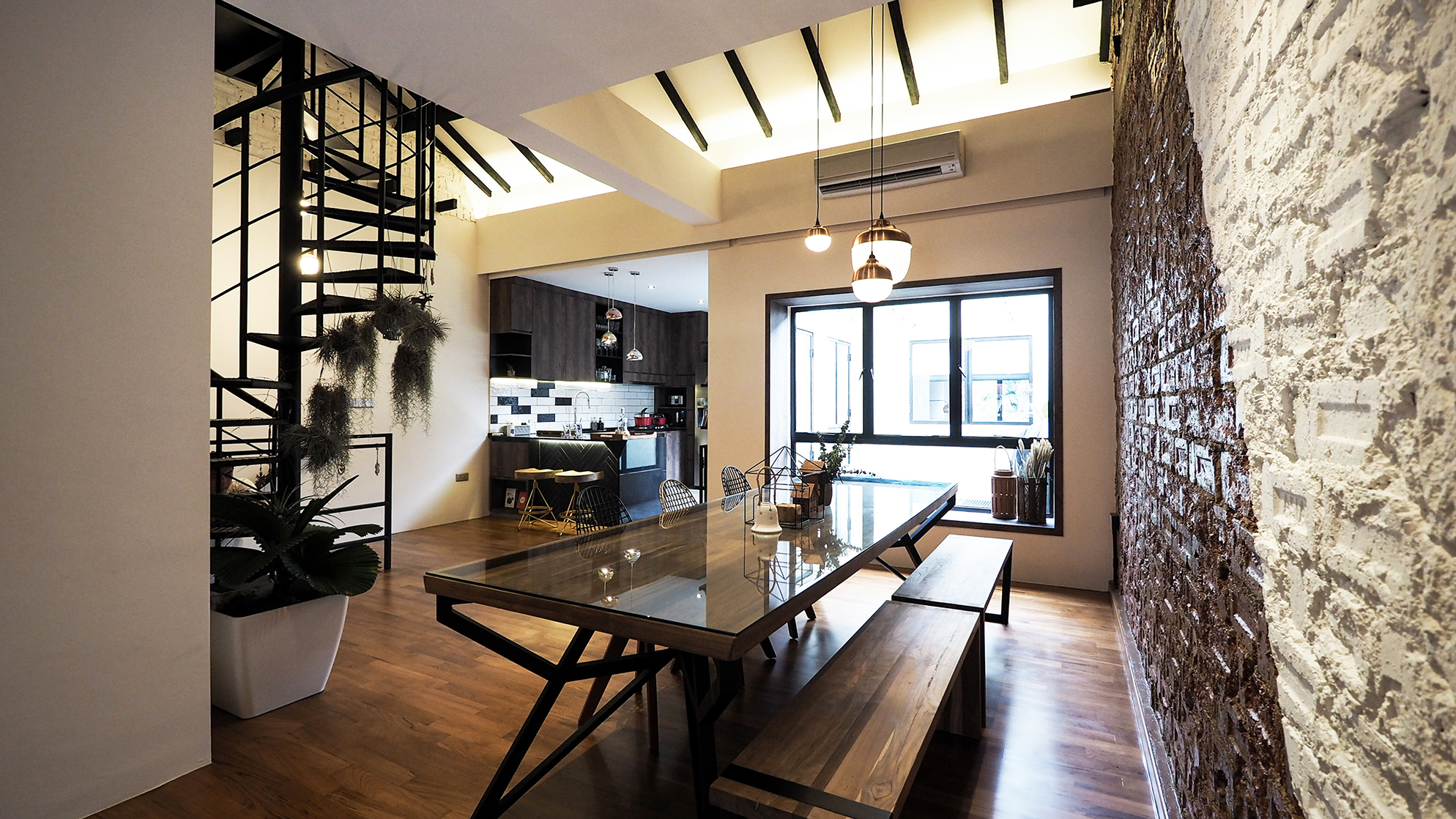 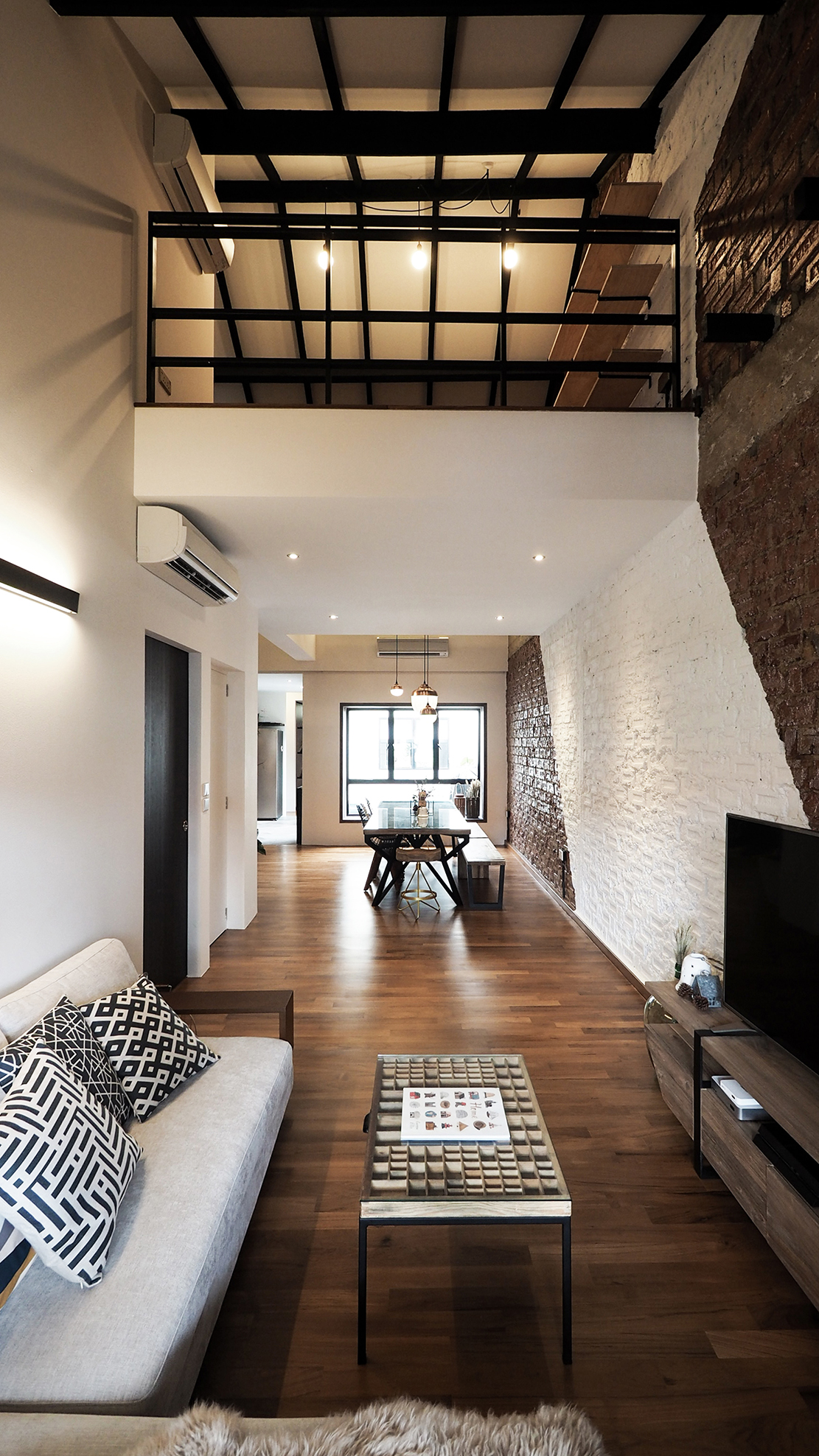 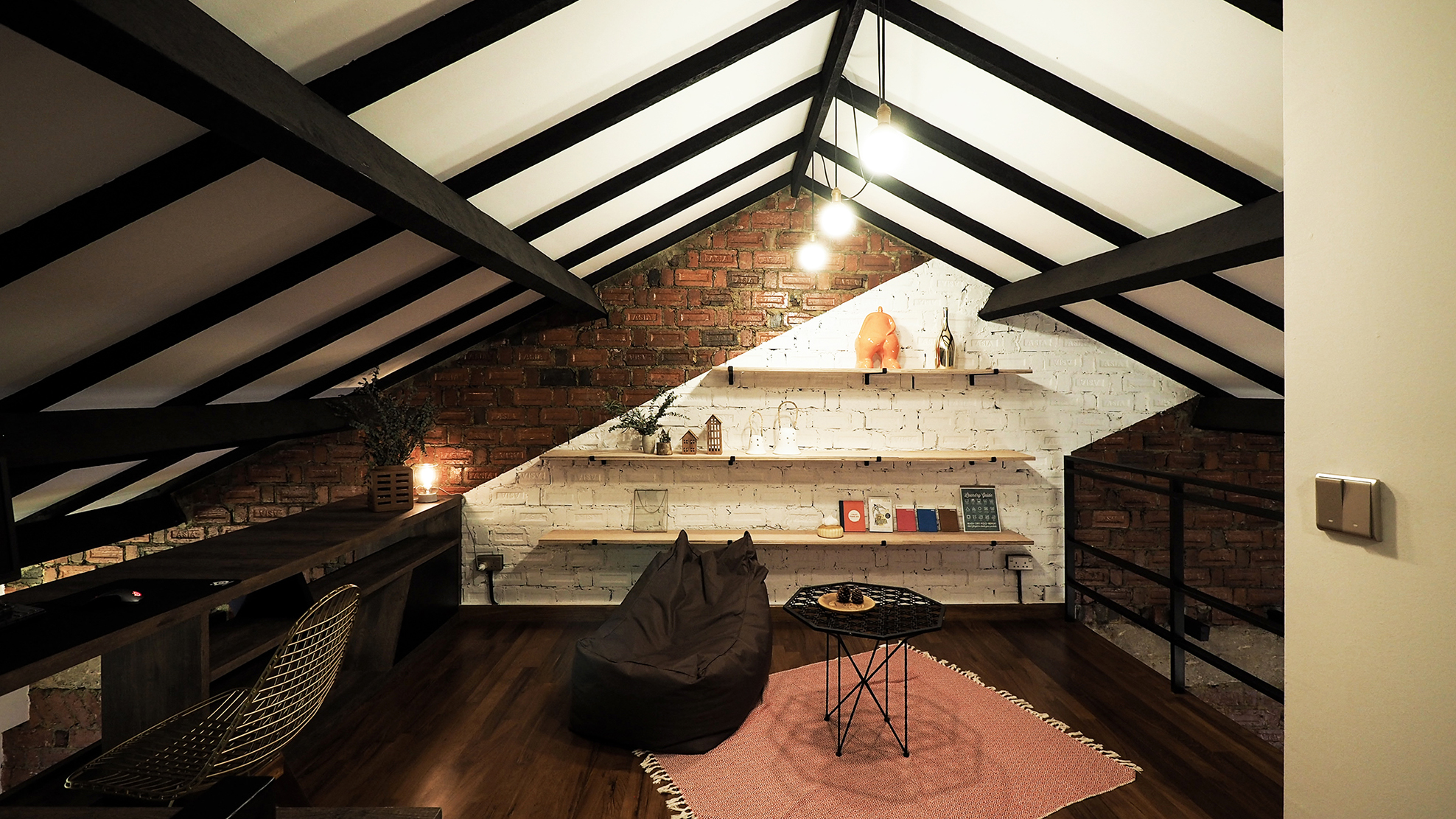 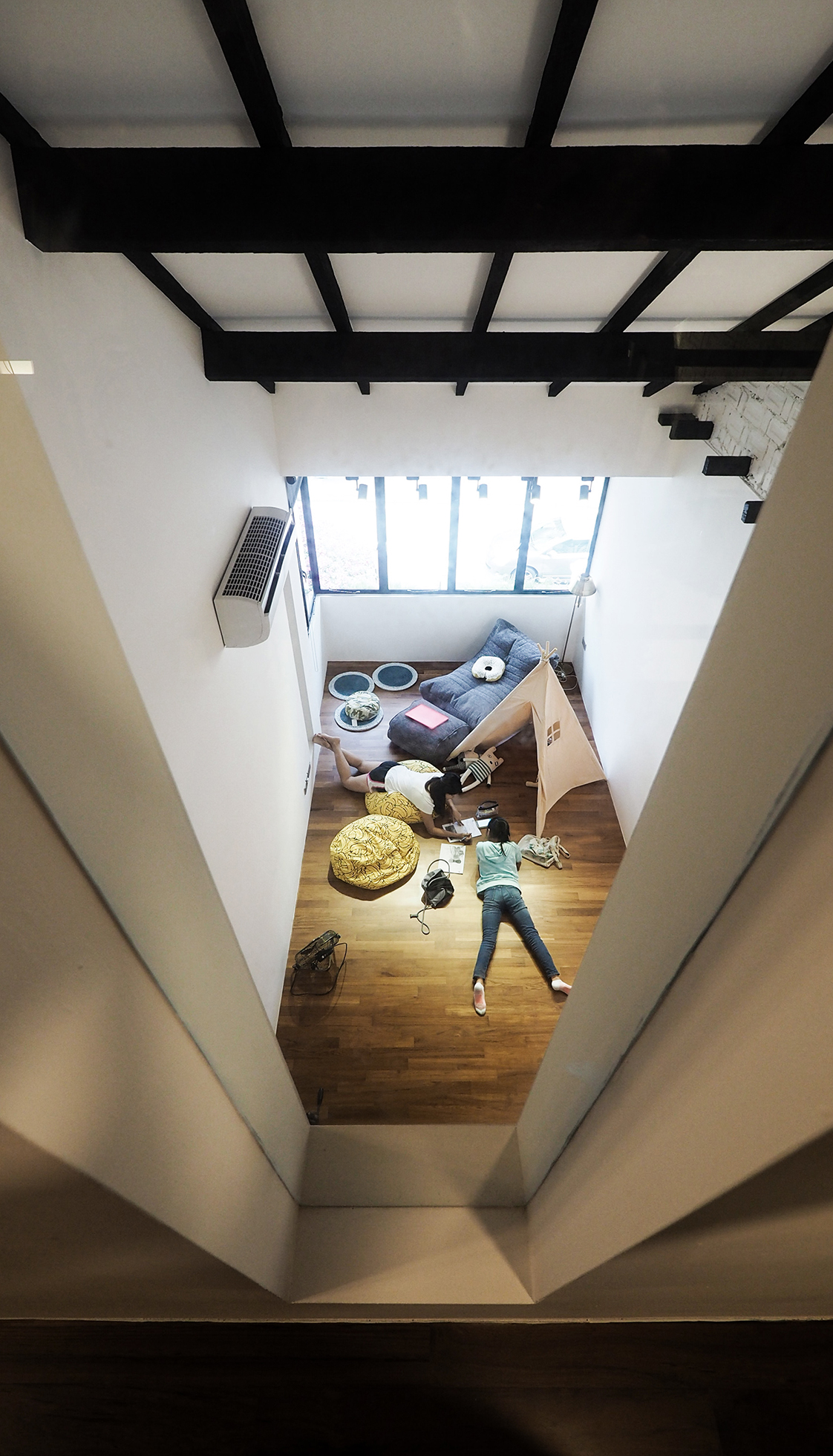 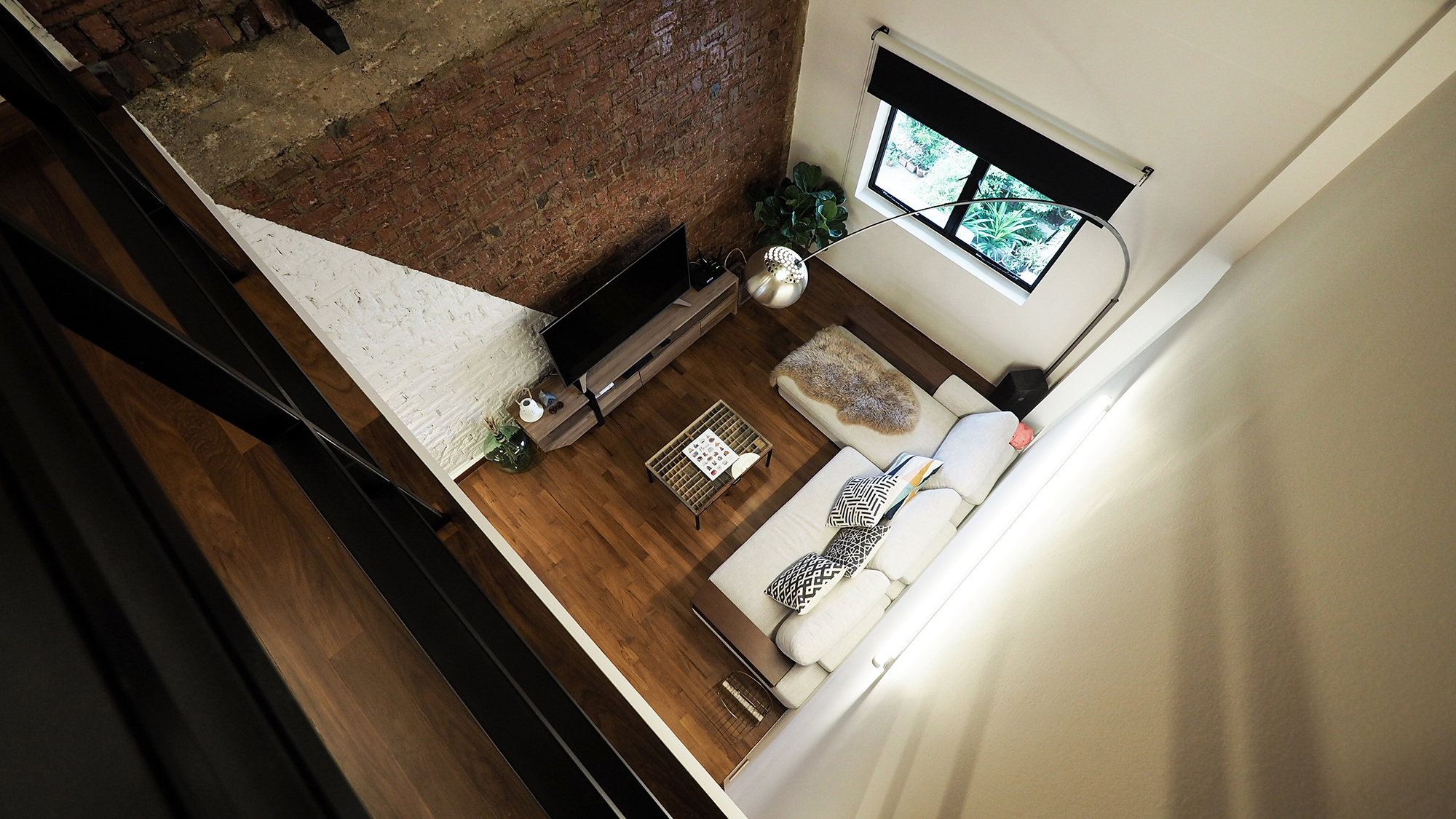 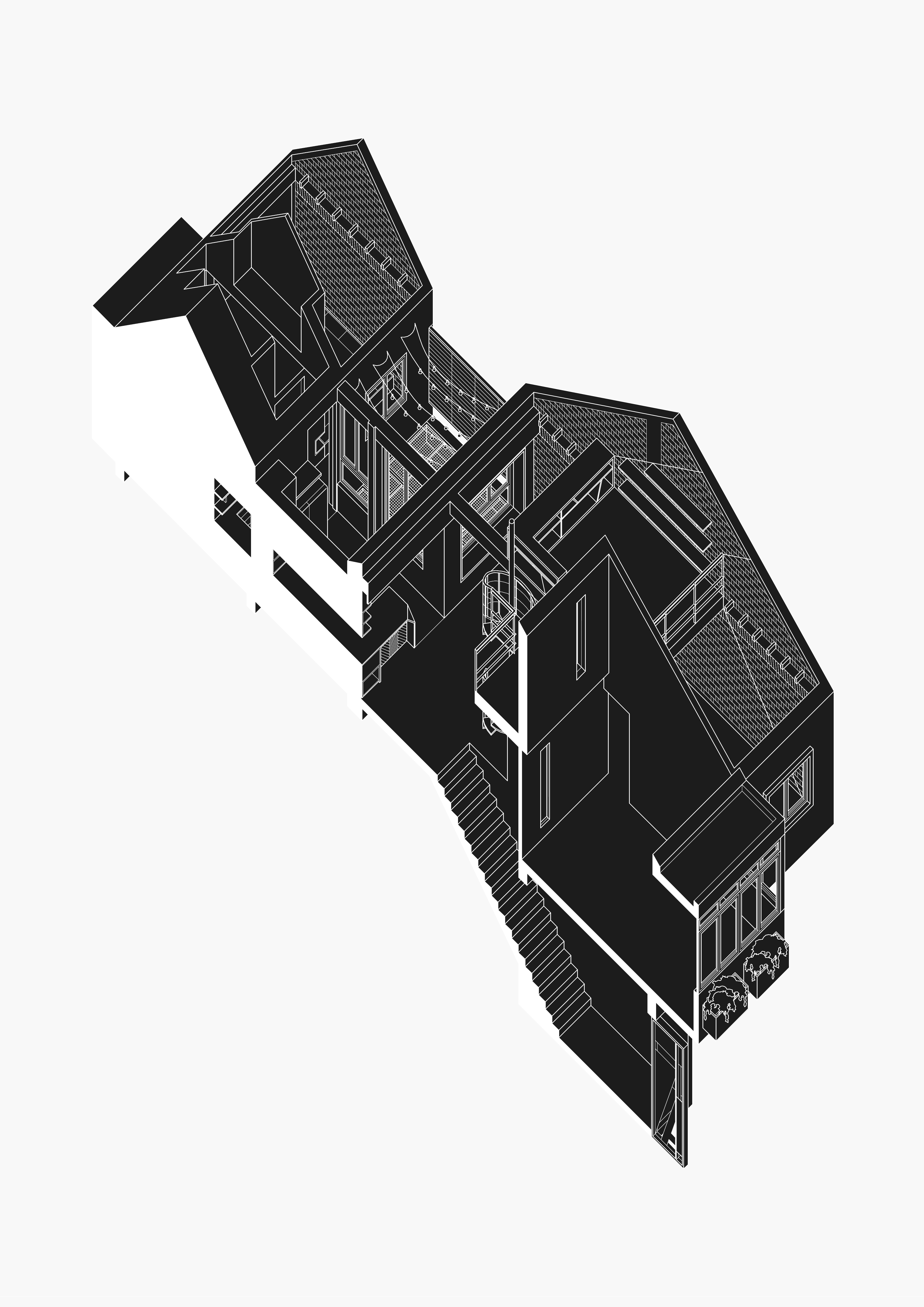 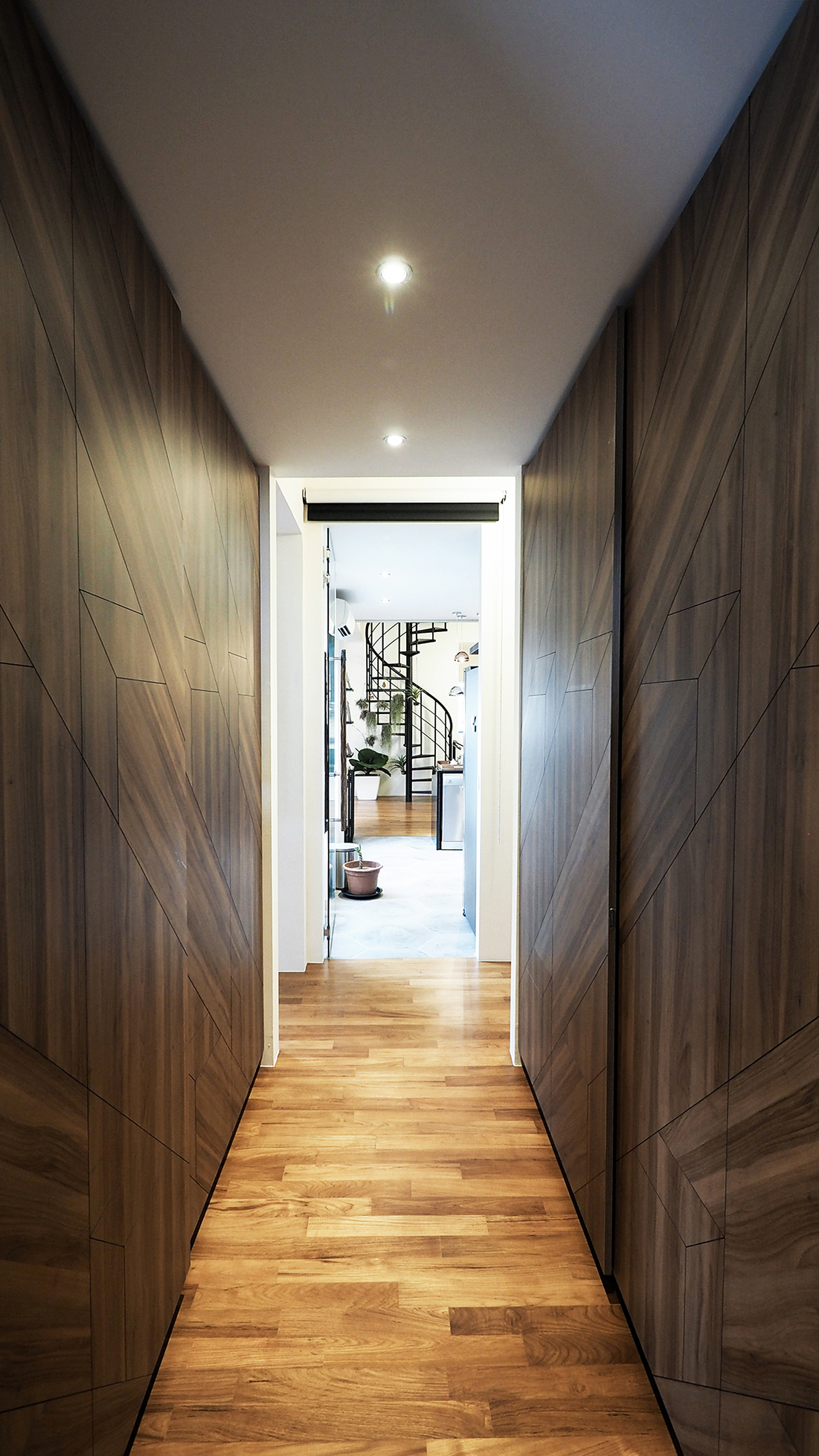 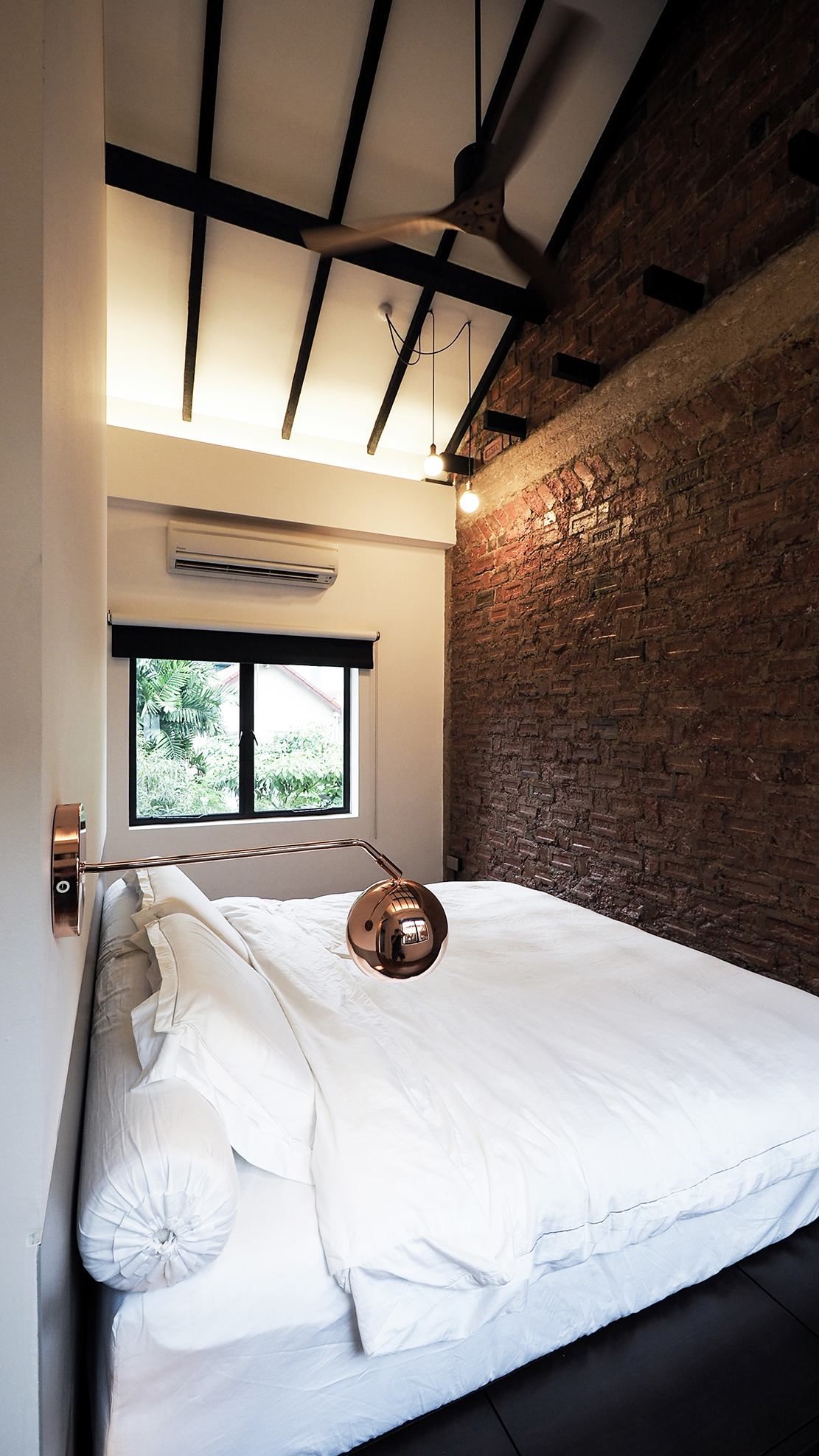 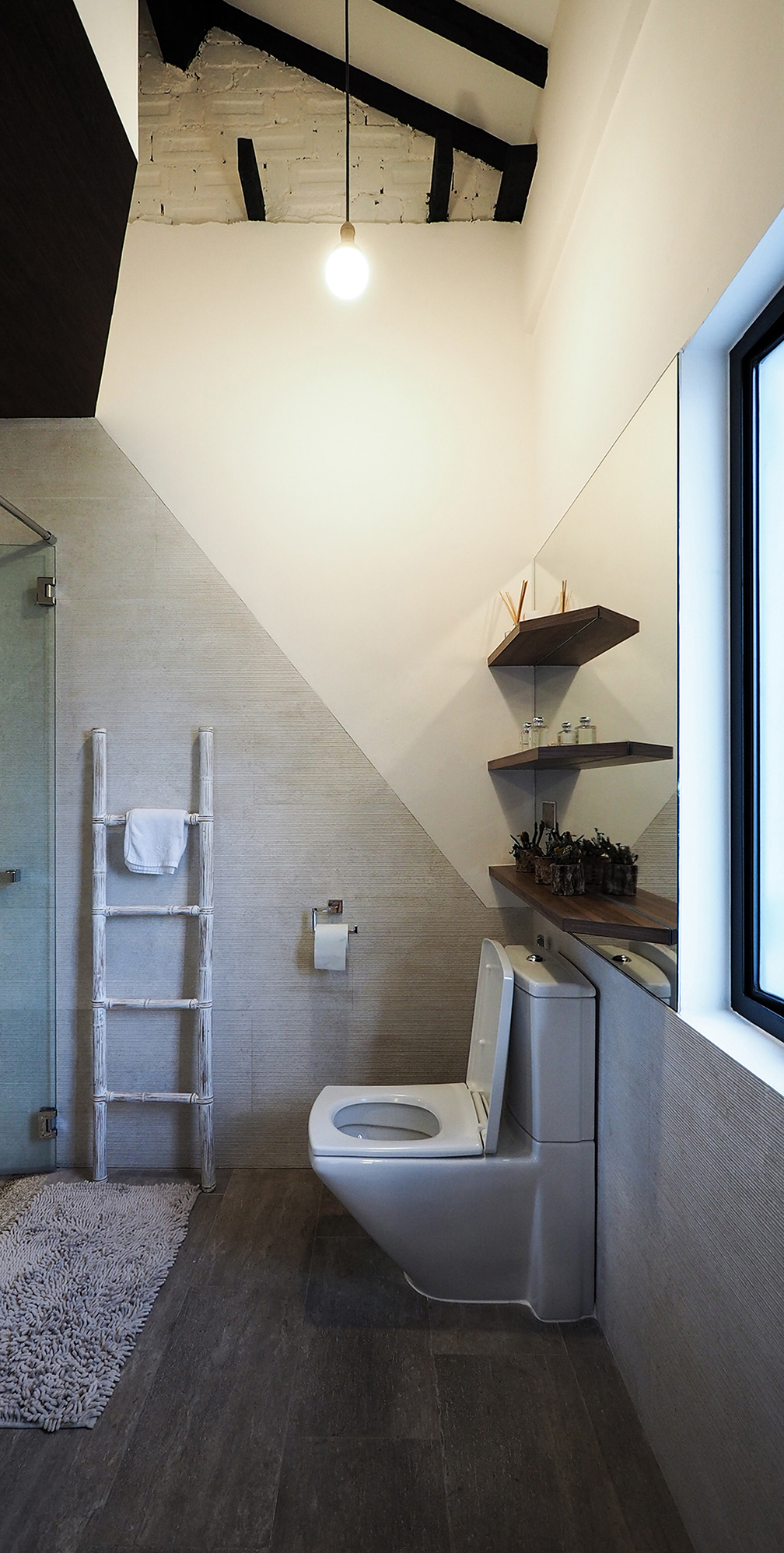 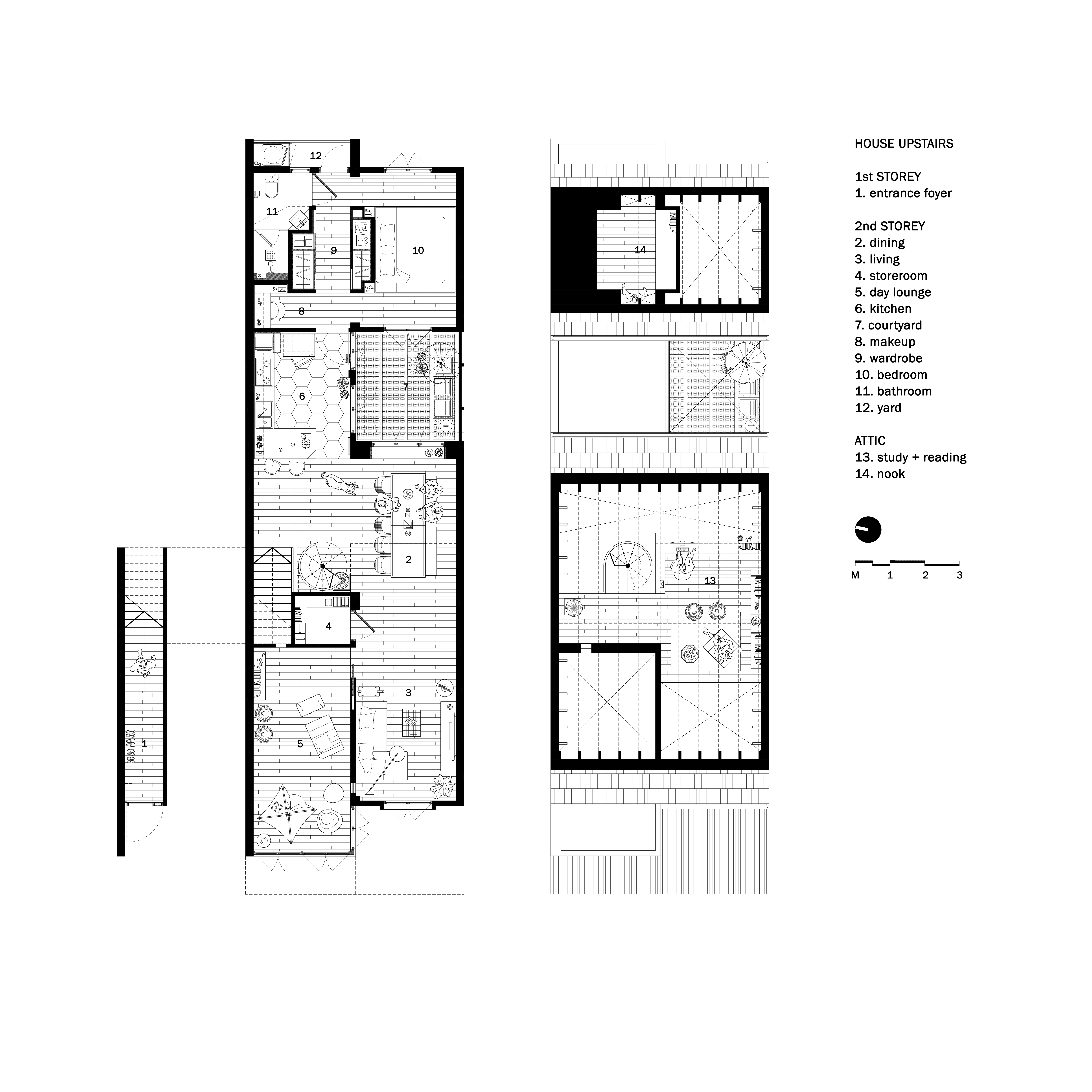 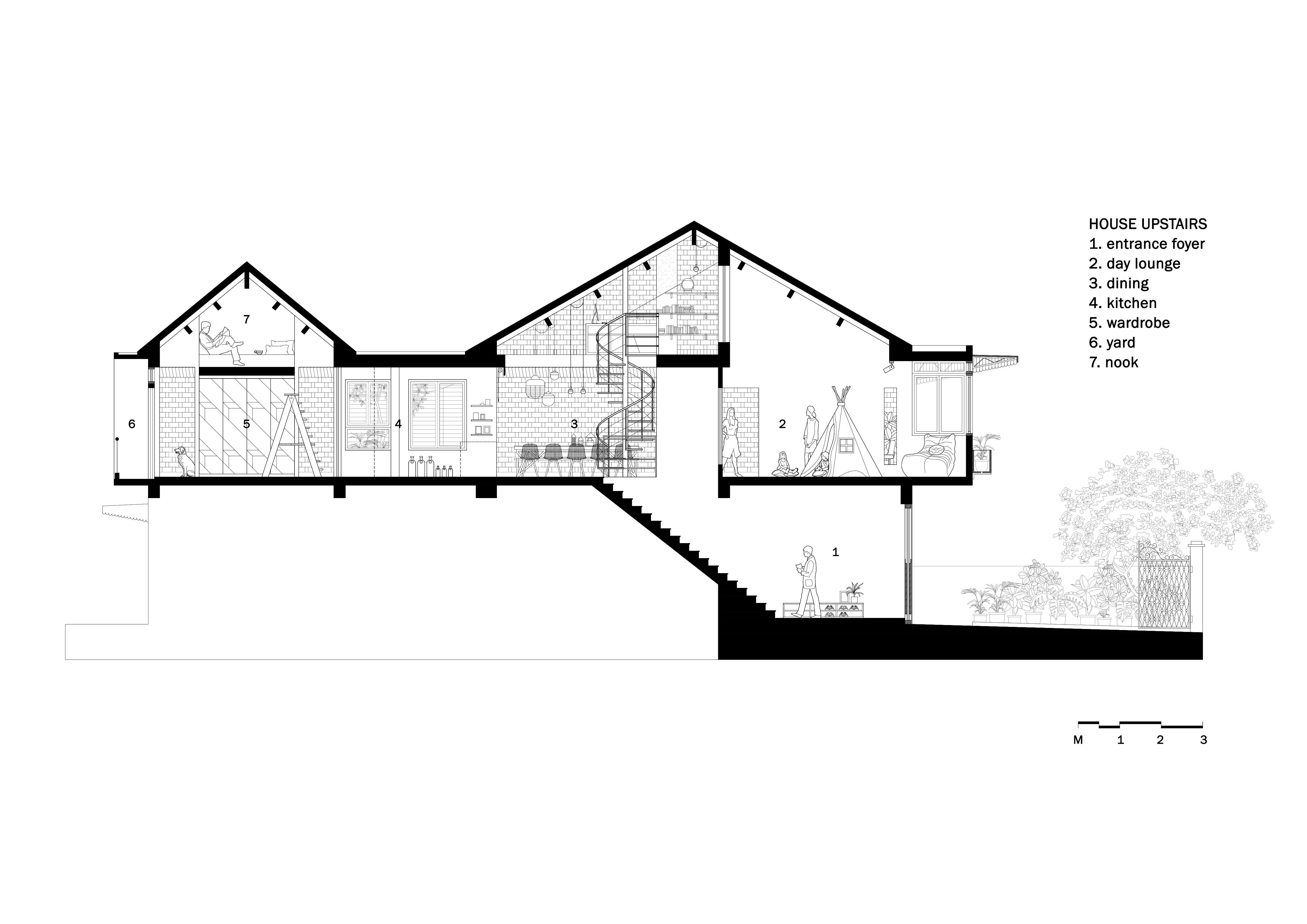 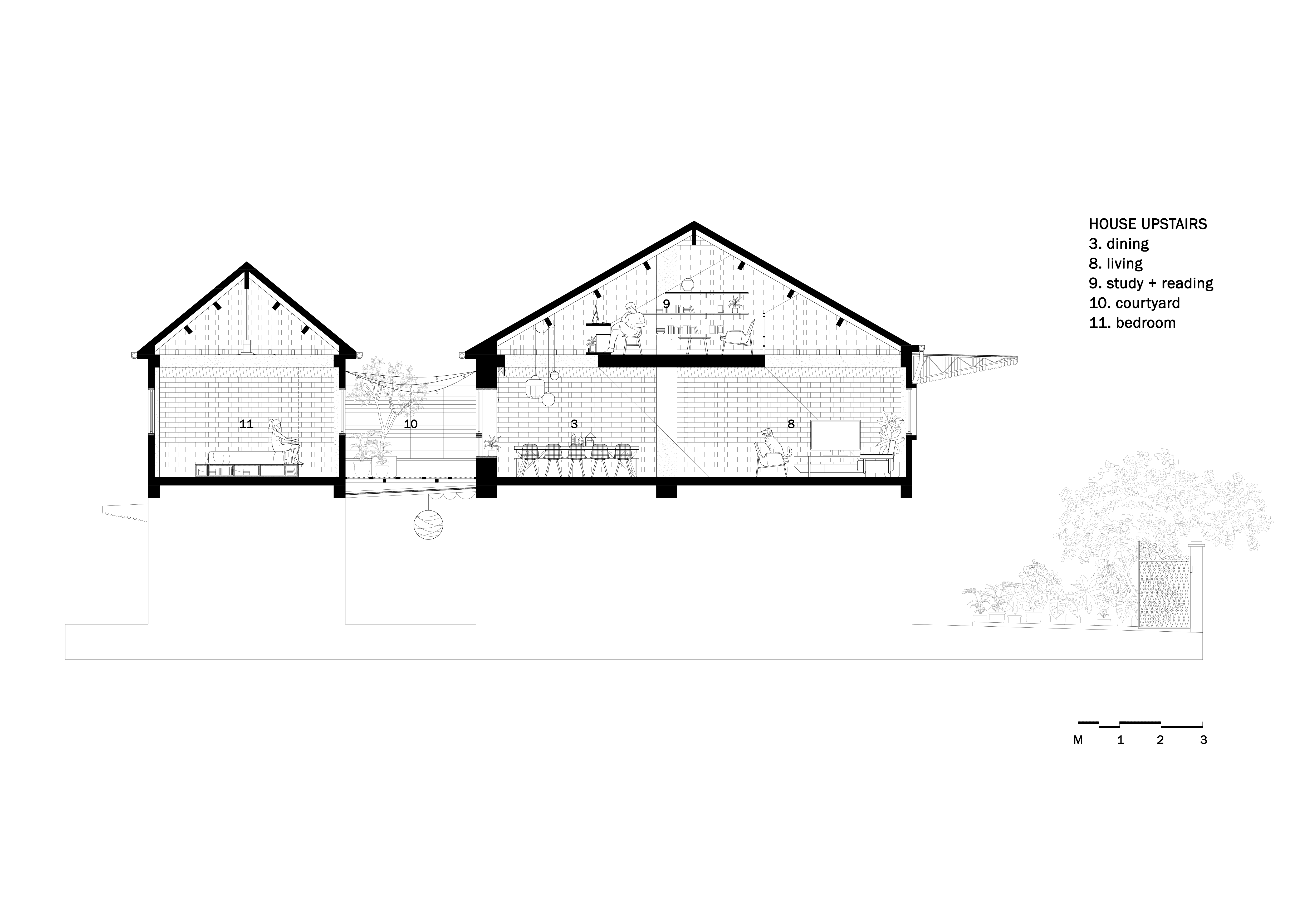 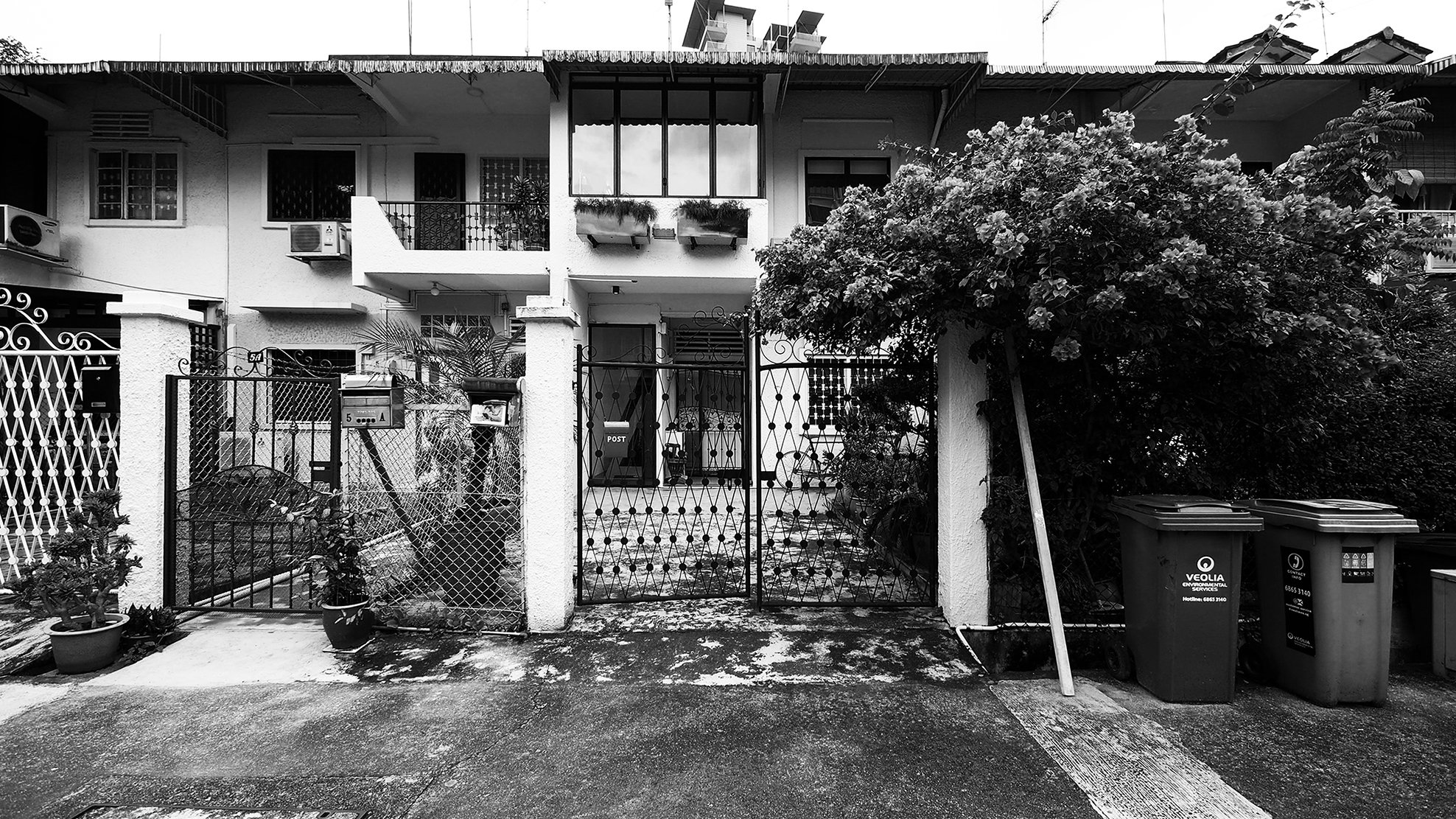